A Hundred Hours Of Night By Anna Woltz

Four years after Sandy, the book "A Hundred Hours of Night" is published in the United States

A Hundred Hours of Night is a young adult novel set in New York during and after hurricane Sandy. Anna Woltz wrote the book after she lived in New York, for three months, and experienced hurricane Sandy herself. In the Netherlands over 11.000 copies have been sold, and already got translated into six languages. Also, it has won the Nienke van Hichtum Award 2015, which once every two years goes to the best 13+ novel. The book was published in the United States in May 2016.

A Hundred Hours Of Night

Emilia, a 15-year-old Dutch girl, flies to New York all on her own when it comes out that her father, who also happens to be her school headmaster, has been sending inappropriate text messages to a 17-year-old female student.

When Emilia arrives in New York, which Woltz describes so evocatively, she discovers that the apartment she booked online doesn’t actually exist. It turns out that teenager Seth and his precocious eleven-year-old sister Abby – who seems to have stepped straight out of a book by Jenny Valentine – live at that address with their mother, who is out of town. They take pity on Emilia and allow her to stay the night, along with handsome high-school dropout Jim. The sleepover doesn’t turn out quite as expected, though, as Hurricane Sandy hits New York. Author Anna Woltz experienced the storm herself and conjures it up in chilling images: rain lashes horizontally against the windows “as if we’re driving through the carwash (…) Sandy tugs at the walls and pounds on the windows (…) How can that light be swaying to and fro? Suddenly I understand. It’s not the light that’s moving. It’s the house.”

(Text by the Dutch Foundation of Literature). 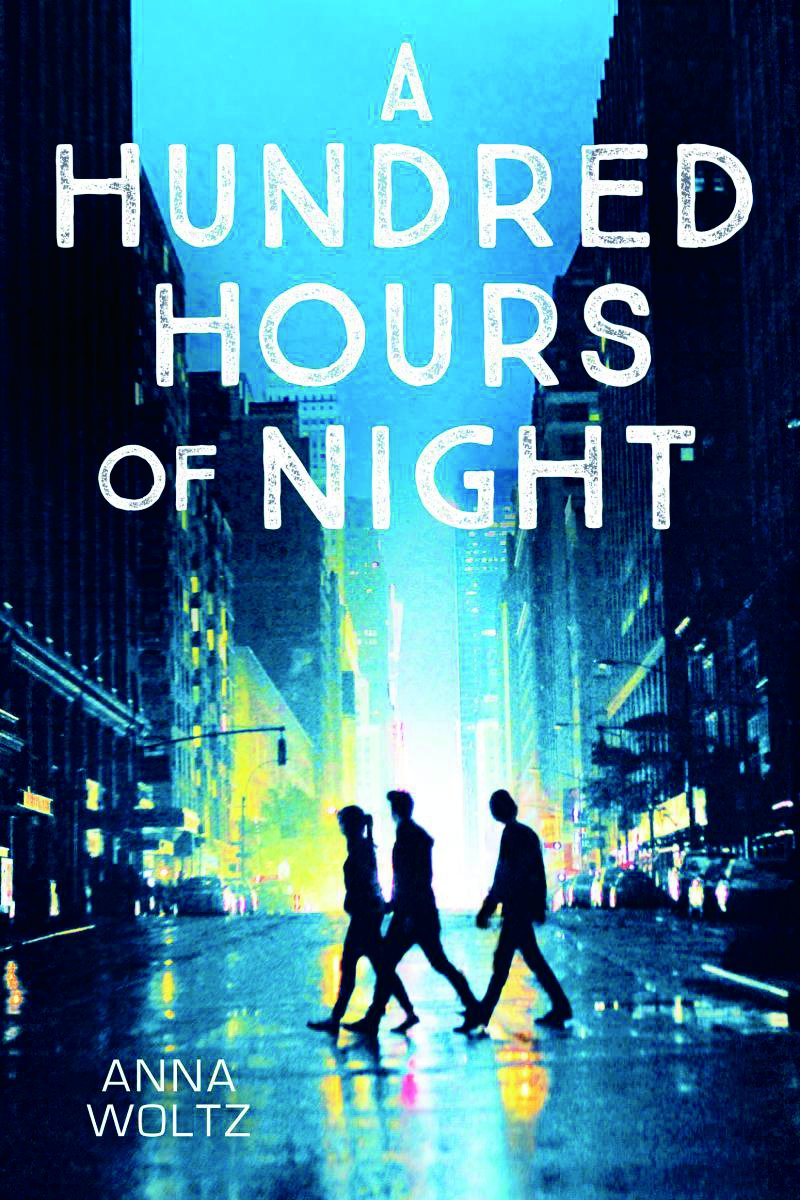 Anna Woltz, is a Dutch writer, and already has written over twenty books for young readers. Some of her books are adventurous stories for ten-year-olds, others are challenging young adult novels. Her books have been translated into nine languages (English, German, French, Slovenian, Norwegian, Danish, Hungarian, Japanese, and Taiwanese) and have won several prizes.

Woltz’s books are loved by both children and adults. Children enjoy the exciting, funny and sometimes crazy adventures and the lovable characters. Adults have praised Woltz for her beautiful language, psychological depth and fresh, humorous narrative voice.

Themes that are particularly close to Woltz’s heart are family relationships, growing up and the question all people have to face sooner or later: how am I going to do this complicated thing called ‘life’?