After the Tone & The Intruder at EU Film Festival 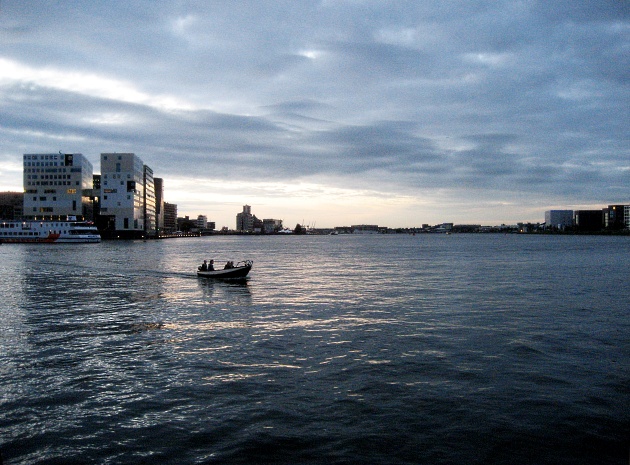 Two Dutch films: ‘After the Tone’ & ‘The Intruder’, are screened at the Gene Siskel Film Center’s 18th Annual European Film Festival in Chicago. The festival is the largest showcase in North America for the cinema of the European Union nations and a coloruful and diverse European escape from the Chicago winters.

Onno, a successful designer, is not answering his cell phone. Hours, days, months, and then a year pass, in which co-workers, friends, family, and his lover leave voicemail messages that progress from breezy, joking and scolding to desperate, pleading and poignant. The story is deceptively simple, with the visuals representing the point of view of each caller, but After the Tone packs an emotional wallop, as the hole left in the lives of those on the line deepens.

Brotherhood becomes an undercover cop’s highest value and his most forbidden desire in this cross-cultural policier. On suspension for roughing up a wife-beater, Sam (Dchar), son of a Dutch mother and Moroccan father, is offered a shot at redemption by infiltrating a Moroccan drug ring. Seen as the perennial alien by his fellow Dutch and an outsider on the force, he begins to experience the family he never had in the warm camaraderie of his designated targets. In Dutch, Arabic, and French with English subtitles.

About the Gene Siskel Film Center

For more than 40 years, the Film Center of the School of the Art Institute of Chicago (SAIC) has presented world-class independent, international, and classic cinema. Renamed in honor of the late film critic in 2000, the Gene Siskel Film Center presents approximately 1,500 screenings and 100 guest artist appearances year to over 65,000 film enthusiasts at its unique, sophisticated, modern facilities which have been operating since June 2001 at 164 N. State Street.

Gene Siskel possessed a laser-like ability to discern quality in everything. He always looked for the finest; expected it and appreciated it. That is what drew him to The Film Center at the School of the Art Institute of Chicago. There, Gene found a superior showcase for the world’s greatest films. He championed the Film Center from its very inception, as did his distinguished fellow film critic, Roger Ebert. When asked by a journalist to list his three favorite things about Chicago, Gene named Michael Jordan, Mayor Daley, and the Film Center. Gene was a member of the Film Center’s Advisory Committee and a strong supporter of the Film Center’s mission and wrote hundreds of articles applauding the Film Center’s distinctive programming, lending the power of his position as one of the world’s most respected film critics to urge public funding and audience support.