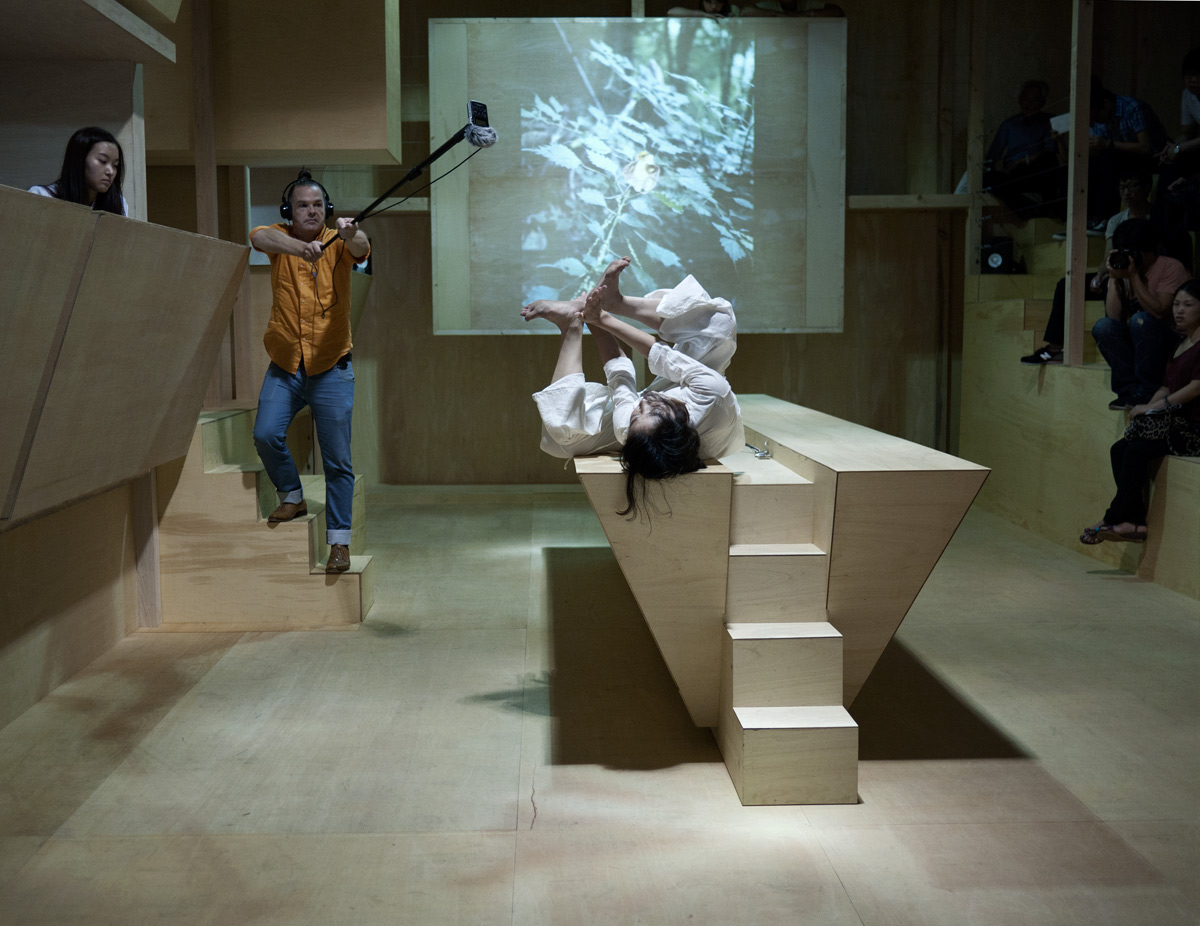 From February 28 until August 18, 2014 the Contemporary Arts Center in Cincinnati will present ‘Buildering: Misbehaving the City, a group exhibition curated by Steven Matijcio. It will include performance interventions in its Zaha Hadid designed building by Dutch artist Allard van Hoorn.

Buildering is a term coined for the unsanctioned use of architecture – fusing the words “building” and “bouldering” to describe a rapidly growing movement that reformulates how we live the city. Beyond acrobatics, vandalism and occupation, this practice becomes a metaphor for the creative misuse of built structure – denying the assigned/intended function of urban structures to re-open the possibility of alternatives. If we believe the premise that ideologies are implanted through the public’s navigation of the city plan, then actions associated with buildering break the hypnosis of ritual and cultivate new freedoms – both physical and psychological.

“In the CAC’s 75th anniversary year,” Matijcio explains, “we want to peer into the future by re-imagining our history. The Buildering project provides a special opportunity to perform the CAC building and the city of Cincinnati – incorporating them as active collaborators and partners in perception. The city is seen as a given, fading from view through sheer familiarity, but the artists in this exhibition approach this subject with genuine curiosity, endearment and enthusiasm – imagining new possibilities in something we navigate every day.”

Buildering will also lay the foundation for the creative misuse of the CAC: positioning it as a stage to re-envision the building in a variety of ways. In combination with interventions inside and outside the galleries, and a summer of public programs throughout the city, this project will turn Cincinnati into an urban playground.

The CAC has commissioned Knifeandfork, an art collaborative led by Brian House and Sue Huang, to create a site-specific performance/intervention for the opening of the Buildering exhibition on February 28th, 2014 at the Rosenthal Center for Contemporary Art.  Arrangement for Building consists of a traditional musical piece performed within the museum by a small chamber orchestra composed of musicians from the College-Conservatory of Music.  Rather than playing as a single unit, the musicians are distributed throughout the building: playing not only on the distinctive zig-zag staircases and in the gallery spaces that open from floor to floor, but also in the administrative offices, the maintenance rooms, and forgotten corners of this unique structure designed by Zaha Hadid. The audience, while prevented from hearing the orchestra as a whole, is invited to roam, encountering intersections of sound as they traverse the space.  They experience both the architecture and the musical piece in new ways through the physicality of walking through the building.

Knifeandfork have been collaborating for 10 years and have produced work for the Museum Of Contemporary Art and Los Angeles Contemporary Exhibitions in Los Angeles, Kulturhuset in Sweden, the Beall Center for Art and Technology in Irvine, Rhizome at the New Museum in New York, and the streets of Berlin.

Allard Van Hoorn will collaborate with Cincinnati-based dancers to create the next two iterations of his Urban Songlines project, which turns physical sites into uncanny instruments. In May, dancers will perform Zaha Hadid’s urban carpet in the CAC lobby while Van Hoorn collects the sounds the building makes in response to the movement. The second act features the same or slightly altered movement to the score that has just been created moments earlier.

Allard van Hoorn is a sound, installation and performance artist collaborating across the disciplines of architecture, design, music, dance and theatre. He creates visual, acoustic and spatial scripts and scenarios that investigate our relationship to public space.

Austrian choreographer Willi Dorner will work with Cincinnati area dancers to present Bodies in Urban Spaces in downtown Cincinnati for two performances. Bodies in Urban Spaces is a moving trail of site-specific interventions, choreographed for a group of dancers. The performers lead the audience through selected parts of public and semi-public spaces. A chain of physical interventions set up very quickly and only existing temporarily, allowing the viewer to perceive the same space or place in a new and different way. As soon as it is assembled and perceived, the dancers and audience are on the run to a new space.

Vienna/Austria based Cie. Willi Dorner was founded by Willi Dorner in 1999. Besides his international touring dance performances Willi Dorner is keen on creating events that give the audience the opportunity for new experiences, insights and a different perception of everyday life. His interdisciplinary works are developed in cooperation with artists and scientists of different fields. His work was co-produced by festivals and venues like Tanzquartier Wien, ImpulsTanz, Wiener Festwochen, Wien Modern, Musica Strasbourg, NottDance UK and presented at international venues such as springdance NL, Kampnagel Hamburg, Philadelphia Live Arts Festival, Festival Paris Quartier d’été, Dansenshus Stockholm, Madrid En Danza, Dance Umbrella London, Tanz in Berlin and others.