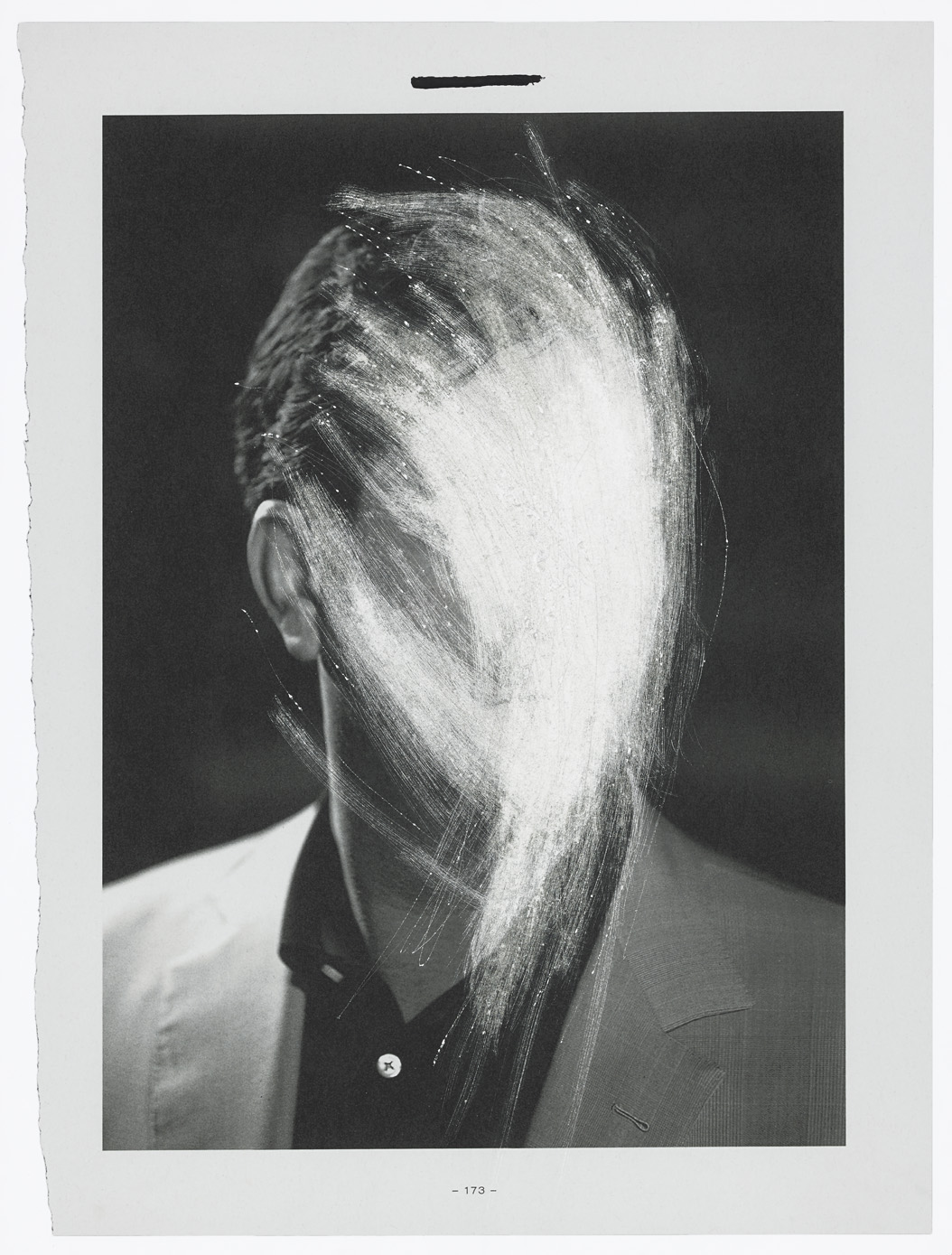 Anat Ebgi is pleased to announce Amie Dicke’s first solo exhibition for the gallery entitled Collecting Alibis. For the exhibition, Dicke brings together three bodies of work representing the artist’s ongoing critique into the subtext of images that surround and influence us. The exhibition runs from November 16 until January 4, 2014, with an opening reception on Saturday, November 16, 6-8pm.

Born and raised in Rotterdam, Dicke’s interest in this interaction can be traced back to her youth. As a girl she plastered her walls with images ripped from fashion magazines. Living in this space, engendered in her a desire to understand how these images could elicit an emotional response. Later in life, she would tackle this artistically by tearing through these images with an X-Acto knife and defacing them to create a void. (A void is never empty, it contains more then one can imagine.) She did this, in her own words, in an attempt to ‘look for less’ and to search for substance beneath these pictures.

The exhibition includes several examples of this area of Dicke’s practice. The images, large scale photo-portraits scratched out with sandpaper, leave small details untarnished and highlighted –a fold in the shoulder of a shirt, or a crisp white button. Effectively, Dicke has made her subjects anonymous, but in doing so she is able to give them a new purpose. Her technique causes the viewer to investigate the absence of these visages and forces us to wonder about what Dicke’s left behind. By removing the facial features of these photos, she has created a vacuum for us. It is one into which she wants the viewer to pour their own anxieties and questions; she has carved a space for us to fill in, even complete for a moment with our personal memories and fantasies.

This atmosphere of unease and dread is something that Dicke attributes to bombardment of visual stimulus that we experience daily. Her choice of subject matter, just like her choice to live surrounded by magazine images as a girl, derides the idea that we are not complicit in the construction of this environment. After her graduation from the Willem de Kooning Academy, the artist spent time in New York. There this feeling of ‘isolation despite being surrounded’ was compounded to the extent that she felt compelled to express this in her work.

The gallery is excited to present two major panels from this part of Dicke’s oeuvre. The pieces, titled II and III, have recently been exhibited at the GEM Museum of Contemporary Art in The Hague. They are monolithic plexiglass plates coated in red, blue, and black Bic ink. Dicke has blown the ink thickly onto them to create an illusion similar to oil slick or thick poster paint. With these works, Dicke’s desire to deconstruct our expectations of two-dimensional spaces explodes into the sculptural domain. The objects evoke billboards and advertising displays but their opaqueness renders the object, once again, illegible. Instead, the viewer picks out the few shades of color permeating through the dark textural panels.

At the center of the gallery, sits a reconstruction of Dicke’s Battle of Magenta. The piece was also first displayed in the GEM Museum and consists of a vast pool filled with floating prints and which represents an extension of the artist’s interest in these themes. Once again, she has taken a flat still space, an undisturbed body of water, and approached it with a frenetic and almost chaotic energy. What is left is an immensely sculptural and vibrant. The ink from the prints slowly releases, blending and mixing with the water. Magenta is the first tone to be released as the images decompose in this swirling morass of color. The title harks back to a battle that was fought near the village of Magenta, Italy. There, Napoleon III fought the second Italian war of Independence and in that same year the purple dye pigment was discovered and thus named after the battle, Magenta. The sources for the images range from current magazines, newspapers from 100 years ago, National Geographic, second hand books, postcards etc. (All from Dicke’s personal archive.) She explains how they came to be part of this work:

“Some of the prints I have had for many years. They hung at my studio wall or are a part of this many big piles of images. I have them all in my mind, but also forgot about them. I find that forgetting part very important. It is about the survival of images. Once I see the image back I know I had seen it before. I am testing these images I have seen, I carry in my mind. They form my image bed.”

The end result is a piece where a lifetime of half forgotten images comes together, totally divorced from their original context, to remind us of historical event and present us with an original visual landscape. This helps reaffirm the idea, broadcast throughout these three bodies of work, that the truly fascinating part of our visual culture lies below its surface.