On September 16, Cooper Hewitt welcomes acclaimed international graphic designers, Experimental Jetset, for an evening of conversation. Experimental Jetset was founded by Erwin Brinkers, Marieke Stolk, and Danny van den Dungen in Amsterdam in 1997. The designers are known for their idiosyncratic, seemingly systematic work, including the new identity for the Whitney Museum of American Art. Work by Experimental Jetset is represented in Cooper Hewitt’s permanent collection and is featured in the exhibition How Posters Work, open through January 24, 2016. 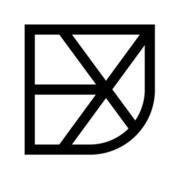 Experimental Jetset is a small, independent, Amsterdam-based graphic design studio, founded in 1997 by (and still consisting of) Marieke Stolk, Erwin Brinkers and Danny van den Dungen. Focusing on printed matter and site-specific installations, and describing their methodology as “turning language into objects”, Experimental Jetset have worked on projects for a wide variety of institutes. Their work has been featured in group exhibitions such as ‘Graphic Design: Now in Production’ (Walker Art Center, 2011) and ‘Ecstatic Alphabets / Heaps of Language’ (MoMA, 2012). Solo exhibitions include ‘Kelly 1:1’ (Casco Projects, Utrecht, 2002) and ‘Two or Three Things I Know About Provo’ (W139, Amsterdam, 2011). In 2007, a large selection of work by Experimental Jetset was acquired by the Museum of Modern Art in New York, for inclusion in the MoMA’s permanent collection.
Members of Experimental Jetset have been teaching at the Gerrit Rietveld Academie (2000–2014), and are currently teaching at Werkplaats Typografie (2013–now). 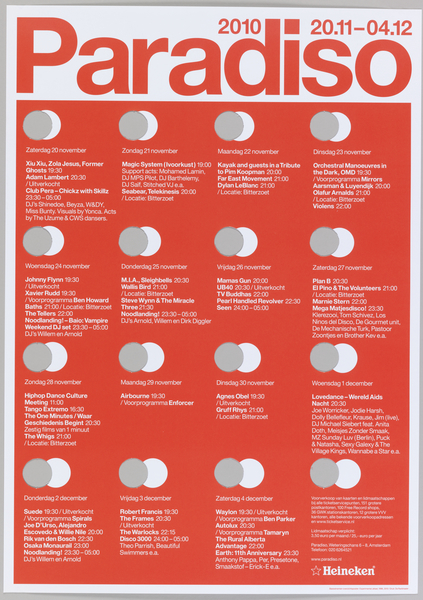 About the exhibition ‘How Posters Work’

‘How Posters Work’ shows how dozens of different designers have mobilized principles of composition, perception and storytelling to convey ideas and construct experiences. Featuring more than 125 posters from Cooper Hewitt’s permanent collection, the exhibition demonstrates how some of the world’s most creative designers have employed design principles to produce powerful acts of visual communication.