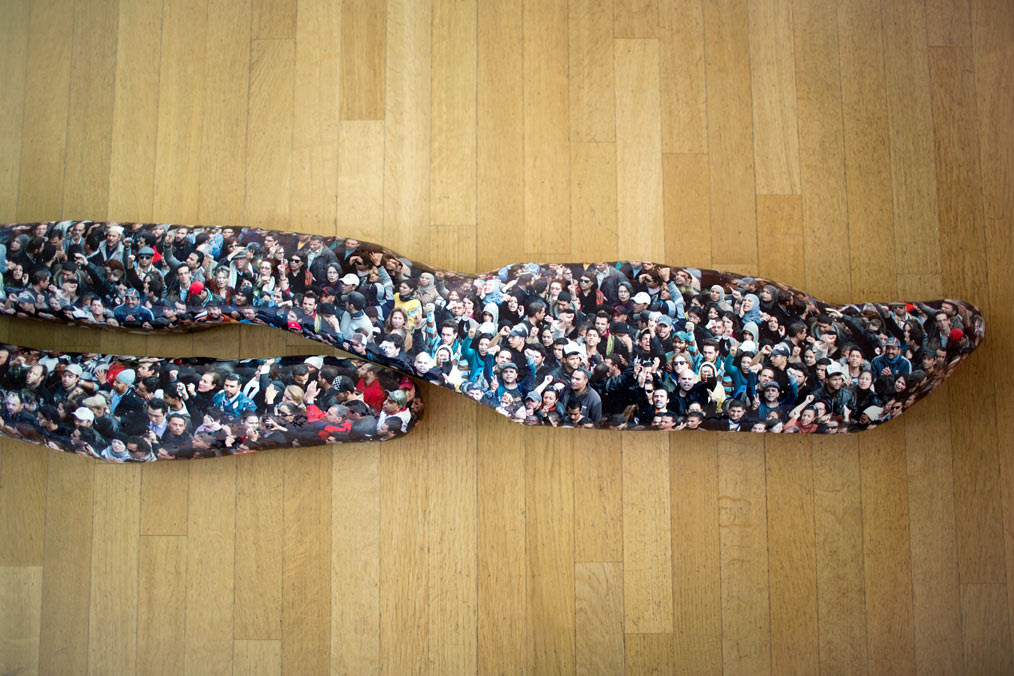 From December 11 until January 23, the group exhibition 'Asdzą́ą́ Nádleehé' is on view at the Andrea Rosen Gallery

From December 11 until January 23, the group exhibition ‘Asdzą́ą́ Nádleehé’ is on view at the Andrea Rosen Gallery. The exhibition is curated by Timur Si-Qin, and Dutch Anne de Vries is one of the participants.

Before they could be used for flight, feathers first appeared on dinosaurs for other, terrestrial purposes such as heat regulation, camouflage or signaling. Blindly, and through the ecstasy of geological timespans, their use was transformed and mortal animals were again granted the power of flight in a new way. In biology the evolution of the feather is an example of an exaptive trait, namely a trait that evolves for use in solving one adaptive problem, but then is at some point retooled or co-opted to serve another. Recent computational models of E.Coli suggest most traits start off as exaptations.

The exaptive trait stands in opposition to the idea that biology or the world is pre-determined. Instead it is wholly contingent. If the forms and functions of heredity can be so fundamentally repurposed and our material, animal bodies transmogrified to fly over mountains and swim beneath oceans, it is because matter is itself inherently open, lacking in essential character or permanent identity. A deep modularity of/and in service to a matter determined to experience all variations of itself.

Whatever functions a structure has today is no clear indication of its function or meaning in the future. At each moment of time, we are new. Dependently originated, the universe in a unique configuration; empty of essence yet pregnant with unimagined forms and unpredictable capacities. The artworks and objects in this exhibition speak to this ability of the world to transform to its core.

Anne de Vries’s (b. 1977) sculpture series “Boids” investigate the emergent behavior of populations. The Nematode-like sculptures depict large religious or socio-politically motivated crowds. The emergent transformations of populations can also be simulated by artificial life programs such as the work’s namesake “Boids”, a flocking behavior algorithm.