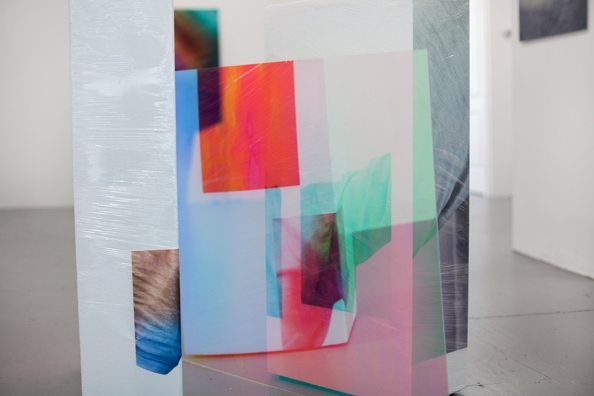 The International Studio & Curatorial Program (ISCP) Fall Open Studios, November 8-10, 2013 is a three-day exhibition of international contemporary art. The 29 artists from 19 countries currently in residence present work in their studios, including Dutch artists Anouk Kruithof and Paulien Oltheten. The studio is a generative space – part production site, office, laboratory and situation – and it can be argued that it is more significant today for artistic process than ever before. Open Studios invites the public to 29 studio visits to experience art in its place of origin and to share conversations with artists from all over the world.

Paulien Oltheten creates series of photographs and videoworks which explore human relations in public space and examine the similarities and differences in cultures through physical activity. She extends the photo and video works by commenting with sketches and text and will restage behaviors from the photos and videos by herself or with the help of spectators. The result appears as a kind of archive, an anthropological study, and allows us to reconsider the context of reality. It is a study full of gentle humour.

Paulien Oltheten (born 1982) is based in Amsterdam where she studied at the Rijksakademie until 2006. Her solo exhibitions include; It’s my imagination, you know, Gallery Fons Welters, Amsterdam; Kitbag Questions, Dvir Gallery, Tel Aviv and Walk on a line, Nederlands Fotomuseum, Rotterdam. Group exhibitions include Desire Lines, ACCA Melbourne; Daegu Photo Biennial; Safari, Le Lieu Uniques, Nantes; CREAM festival, BANKart Studio, Yokohama and Off the Record, Stedelijk Museum, Amsterdam. Oltheten has published the monographs Theory of the Street, 2007; A Sort of Lecture, 2011 and Photos from Japan and my Archive 2011. She was the recipient of the 2012 Dutch Doc Award.