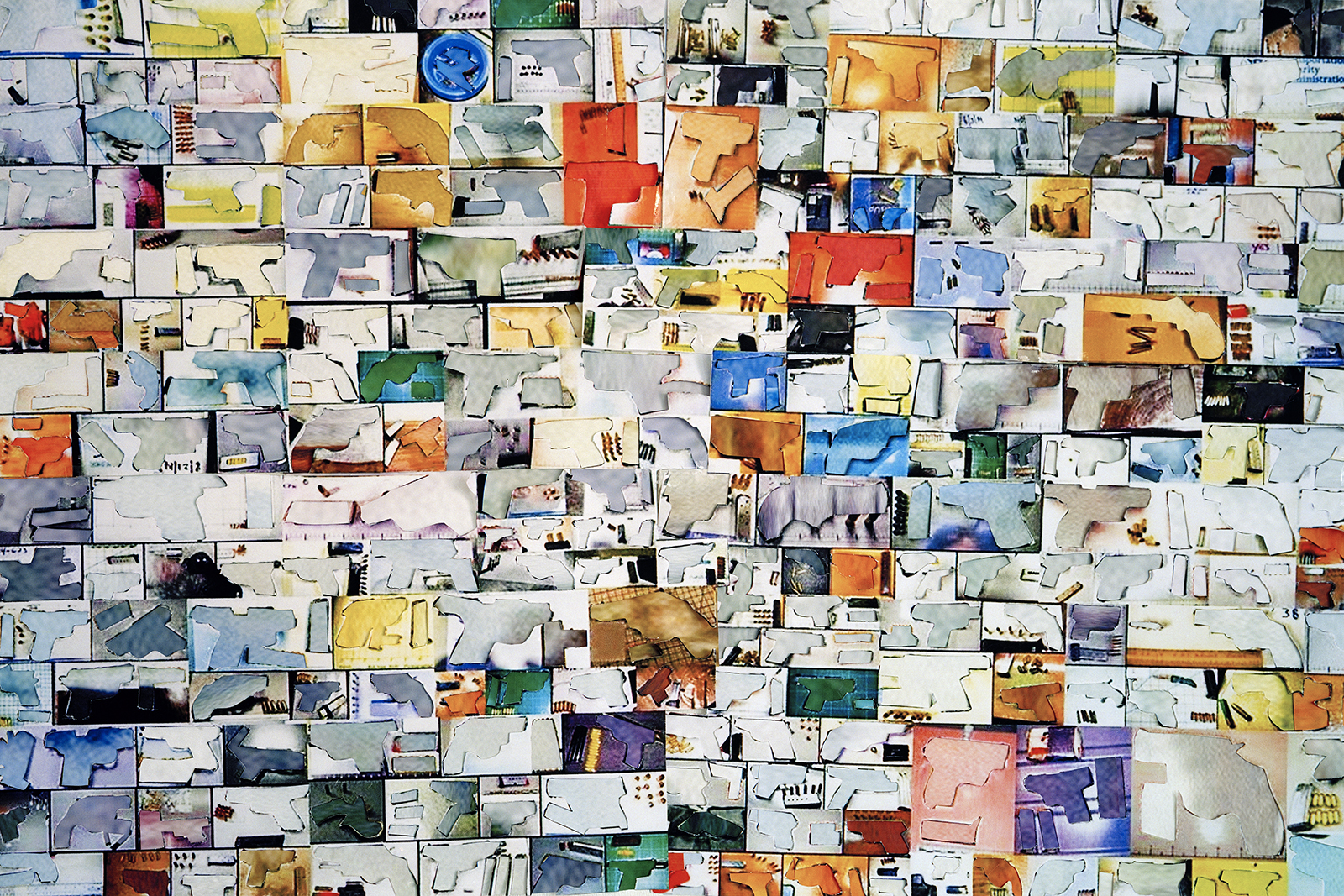 From January 11 – March 18, Casemore Kirkeby will exhibit #EVIDENCE, the first solo exhibition in the United States by Anouk Kruithof, whose multilayered, interdisciplinary approach encompasses photography, sculpture, installation, artist-books, text, performance, and interventions in the public domain. In the past several years, Kruithof has emerged as a fresh voice in contemporary photography. Moving seamlessly between cell phone photos, screenshots ripped from the Internet and vernacular and conventional photographs as her source material, Kruithof’s work embraces the sheer proliferation of image-making tools and the variety of platforms through which images circulate and make meaning. By conflating and confusing contexts and messages with her idiosyncratic visual language and unorthodox use of materials, Kruithof attempts to map states of mind in a post-internet society, manifesting invisible relationships in physical form and inviting new connections and meanings to arise. 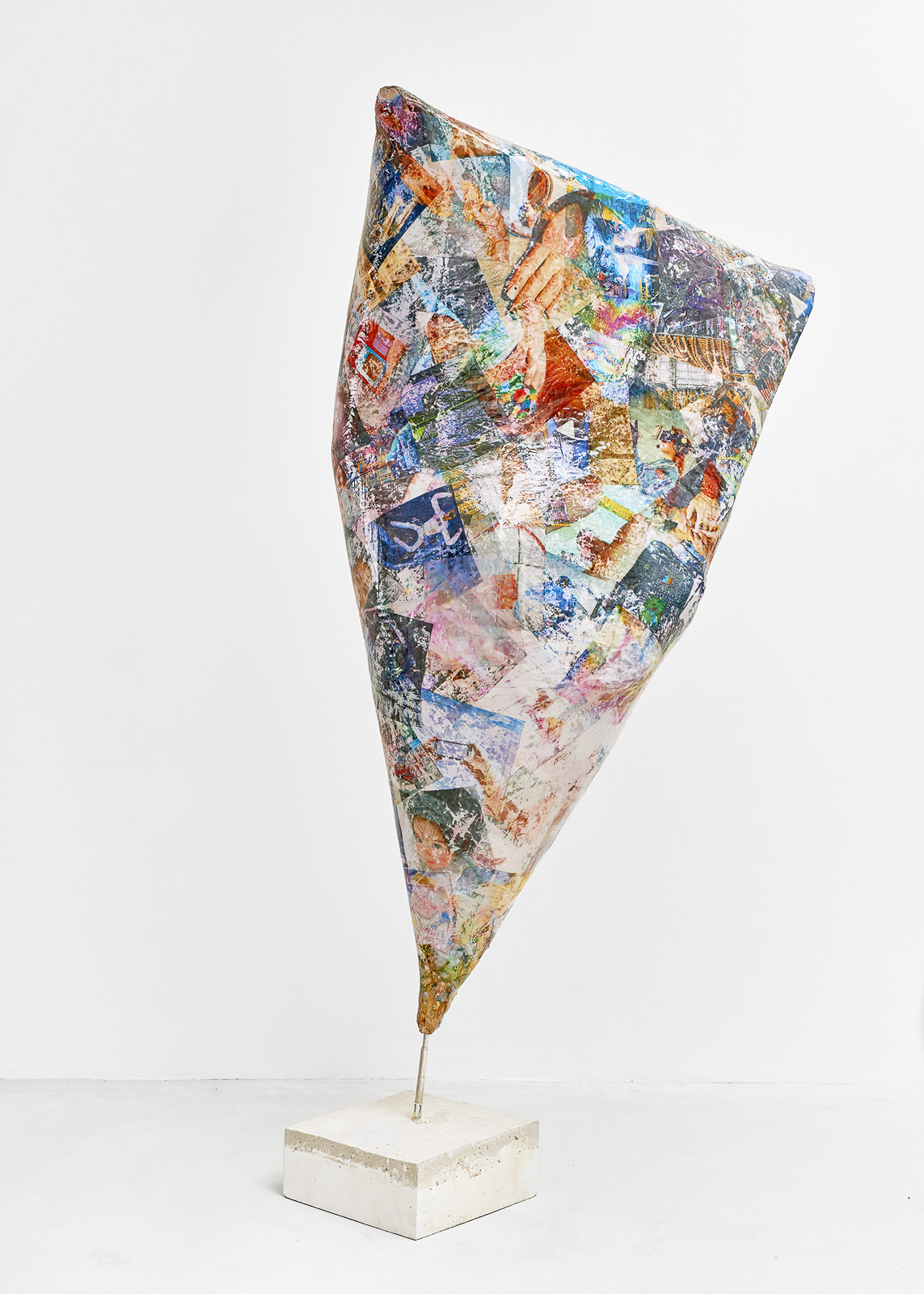 With #EVIDENCE, Kruithof takes inspiration from Larry Sultan and Mike Mandel’s groundbreaking book “Evidence”—a longtime touchstone for the artist’s bookmaking practice. Published in 1977 and composed of images that Mandel and Sultan mined from industrial, scientific and government archives, Evidence is hailed as one of the first works of conceptual photography to demonstrate that the meaning of the photograph is conditioned by the context and the sequence in which it is seen. The book’s sequencing, devoid of any titles or captions, eludes to America’s hopeful and ambiguous technological future during the postwar era, and a progress both propelled and hindered by the needs and limitations of the body.

Upon moving to New York City, Kruithof developed a similar curiosity about America’s ambiguous future, and researched whether a similar act could be performed in the digital age, when photographs often lack the integrity to be viewed as pure evidence. Instead of mining archives, Kruithof researched the complete Instagram output of 27 corporations, 15 government agencies and 11 institutions—images with clear promotional intent and thus questionable veracity. This lead to a selection of 650 screenshots that became her source material. From there, she twisted, altered, stretched and combined the material, claiming the imagery as her own and robbing it of its promotional intent, adding new, varying intentions and messages. In a fashion quite similar to Mandel and Sultan, a new merit arose, this time a less concrete, less stable and less transparent one.

The body, and the disembodied experience of viewing through a variety of screens, figures heavily in Kruithof’s project as well. In her “neutrals” sculptures, Kruithof’s images anthropomorphize and reanimate in three dimensions, becoming at turns threatening, mischievous and playful. Stretched until unrecognizable and printed on flexible transparent plastics and latex that resemble skins, the images drape off metal structures whose limb-like armatures balance, lean and collapse against the floor and gallery walls. In several framed photographs, Kruithof uses techniques of repetition and erasure, cutting and repurposing imagery to create new shapes and patterns. Sinister iconography is repeated until it becomes camouflaged—hidden in plain sight, and innocuous “everyday” photographs are corrupted by Kruithof’s re-contextualization.

Anouk Kruithof is a Dutch artist, working between Mexico City, New York City and The Netherlands. Conceptual and project based, her work uses photography as a vehicle for infinite possibilities. She is a frenetic Art Book maker. She has exhibited internationally at institutions such as MoMA, Stedelijk Museum, Amsterdam, Sprengel Museum, and Multimedia Art Museum in Moscow. Her work is featrued in the collections of Fotomuseum Winterthur, Aperture Foundation, FOAM and Stedelijk Museum, Amsterdam. She developed a publishing platform for her self-published books, as well as for future collaborations with other artists and writers.