This show will consists of two bodies of work that both deal with things that appear and disappear, the title (a pun of so many emails of artists, when promoting their future activities) expresses the idea of being and not being. In that sense “if you happen to be” also states the opposite “if you don’t happen to be”.

If you happen to be, an exhibition of new work by Gabriel Lester. Lester combines elements of music, experimental cinema, literature, and architecture to create immersive environments with stories to tell. If you happen to be includes two such spaces. The first presents a series of low-resolution LED panels displaying films of near-extinct animals and the habitats in which they can be found. Lester, however, does not confine the animals to the natural world. The internet-sourced footage he employs indicates various places that these animals exist. Okapi, for example, not only live (at least for the time being) in the Democratic Republic of the Congo, but also in cyberspace as images, symbols, and brands for online consumption. This multi-dimensional yet threatened existence is reflected in Lester’s distorted imagery; these creatures fade in and out of presence, imperiled and infinite depending on the context.

Questions of presence and absence resurface in Nevada, the second component of this exhibition. Nevada confronts the viewer with a floor to ceiling modular wall. Carefully selected objects that correspond with the individual stories combined in Nevada’s multilayered narrative occupy each compartment. Guided by light and sound, the viewer navigates the histories of a series of anonymous characters that find themselves locked out of the world they used to inhabit. In an effort to escape the parallel world in which they have come to dwell, each character attempts to understand the nature and cause of their own existence. Considering personal memories and local histories of migration, mining, gambling, nuclear test sites, and mysterious locations like Area 51 and the Nevada triangle (an area in the California-Nevada desert where numerous aircrafts have vanished), Lester’s Nevada probes the tensions that link the seemingly distinct characteristics of this place to a number of characters looking for a way back to a life they have lost. 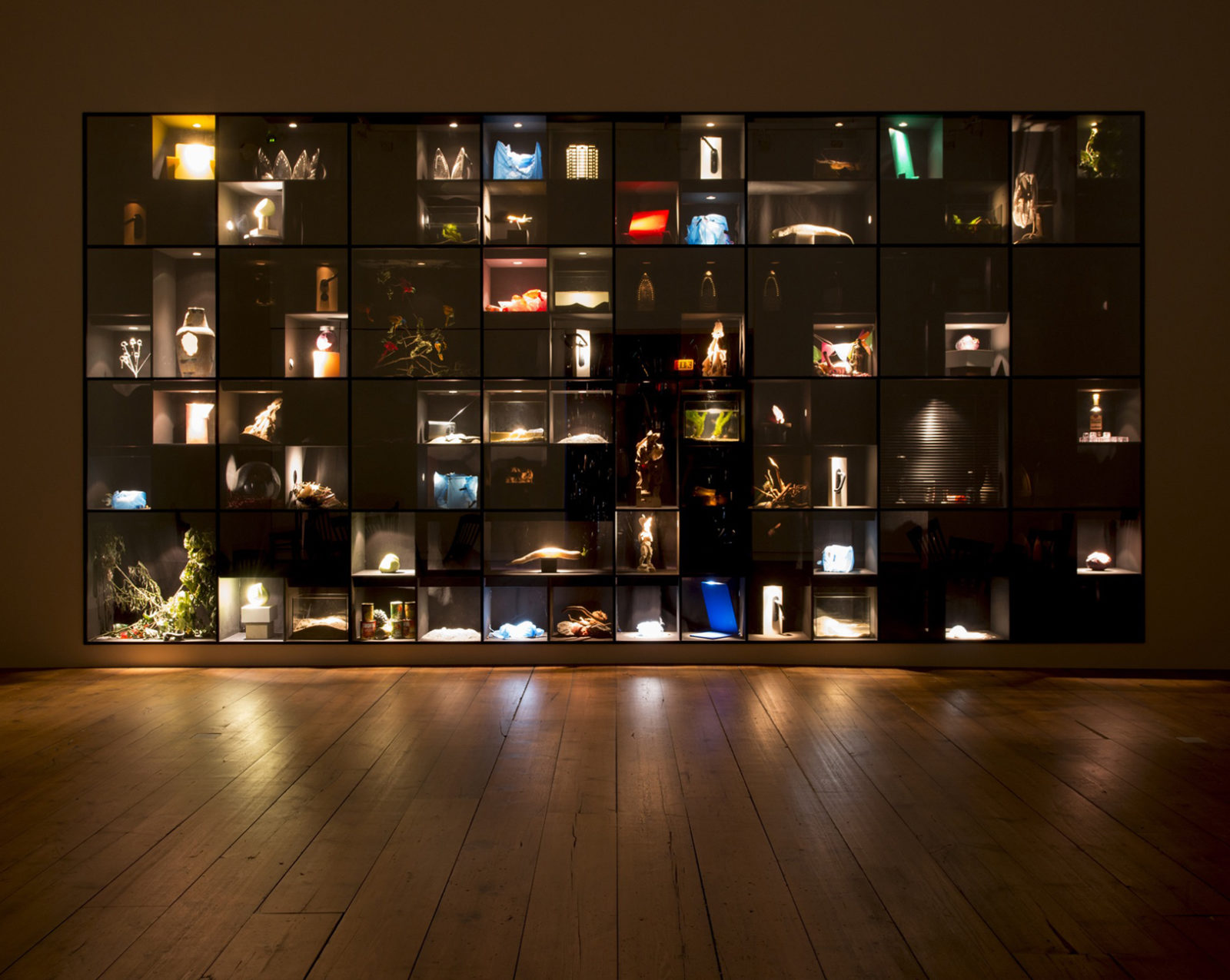