During the NYCxDESIGN celebration, Artifort will be present at the ICFF in booth 2204 L1

…is what this world-famous brand stands for. And for timeless design. Design that endures. Design that is authoritative. From Pierre Paulin and Geoffrey Harcourt to René Holten and Patrick Norguet. Design for sitting, waiting, meeting, storing and discussing. It’s no accident that their delightful, exclusive furniture features in the collections of the Museum of Modern Art and the Centre Pompidou. Artifort means top-quality design by top designers. For the home, office, boardroom or lobby. In the Artifort collection, everyone who attaches importance to form and function will find a design that captures their heart.

The foundations of Artifort were laid by Jules Wagemans when he set up business as an upholsterer in Maastricht in 1890. His son, Henricus Wagemans, expanded the company into a furniture factory, which had a showroom in Amsterdam by the end of the nineteen twenties and was already well known nationally.

The economic recession of the nineteen-thirties forced H. Wagemans & Van Tuinen, as the furniture company was then known, to create a distinctive profile. Developing a catchy brand name and logo was a start. And naturally the furniture had to be distinctive too. The emphasis came to lie on functionality, comfort and quality combined with aesthetically pleasing design and an innovative use of materials.

In 1928 the new brand name was introduced: Artifort, derived from the Latin word ‘ars’ meaning art or knowledge, and ‘fortis’ meaning strong or powerful. The word ‘comfort’ is also reflected in this brand name. 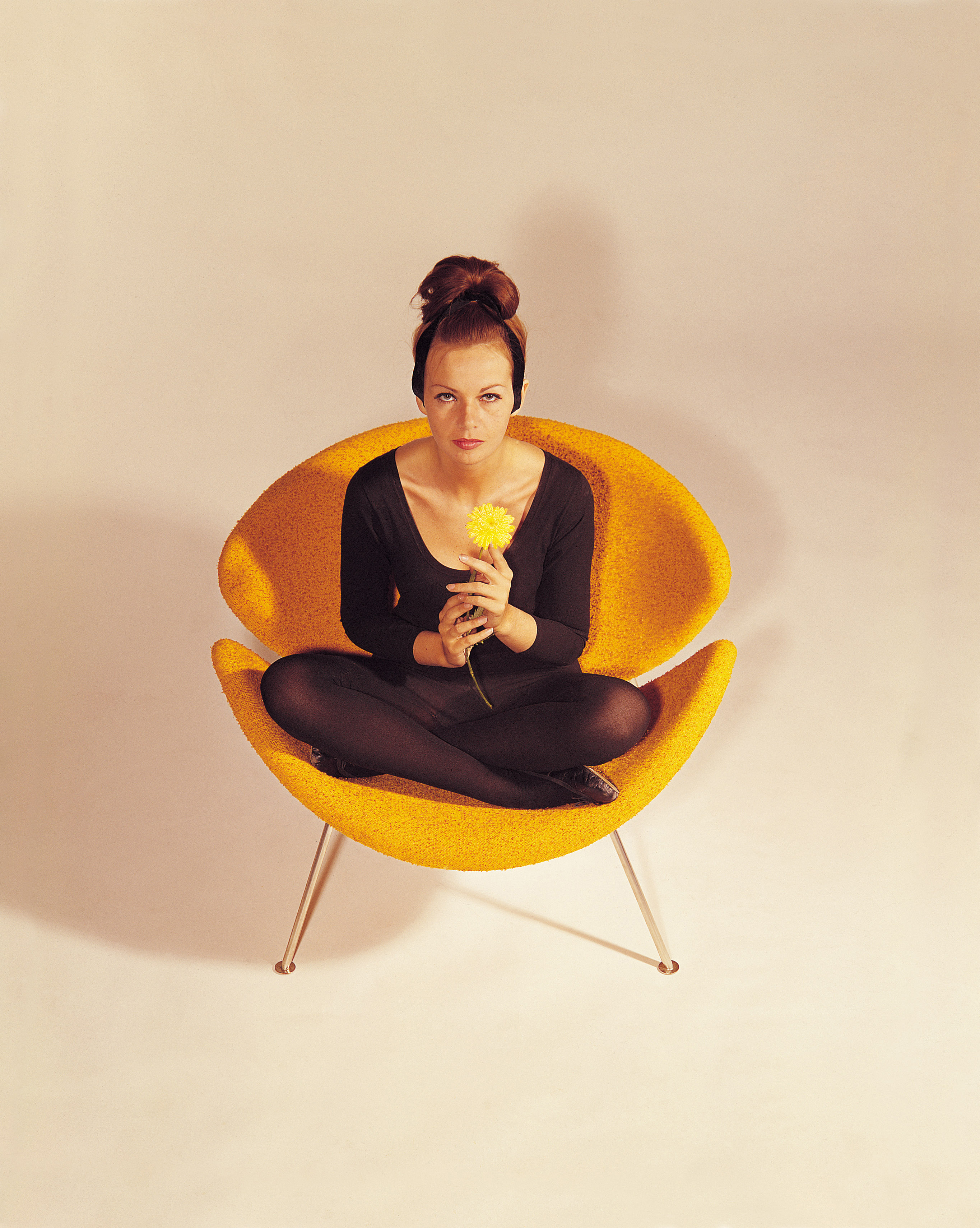 A great deal changed with the arrival of the interior and furniture designer Kho Liang Ie. His forward- looking view, his great knowledge of design and his international contacts were not only determining factors in the successes of the nineteen-sixties and seventies but have continued to exert their influence up to this day.

Artifort and Kho Liang Ie introduced talked-about designs and together ensured that the name Artifort became a runaway success internationally, both with architects and lovers of design. In 1959, Kho Liang Ie recruited the French designer Pierre Paulin, who introduced new techniques and constructions. He also designed a new logo for Artifort with Harry Sierman. 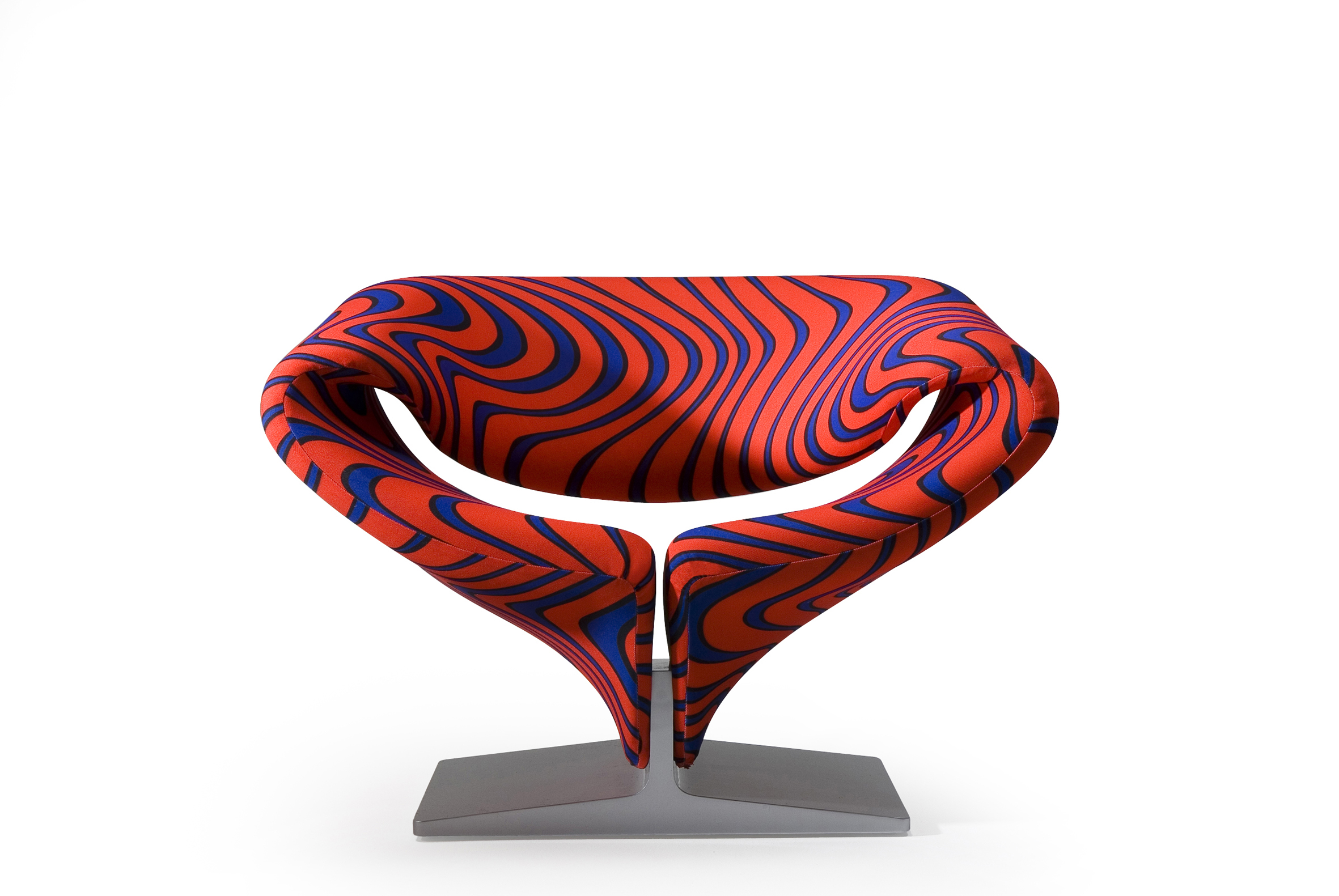 The face of Artifort

Paulin’s designs were fresh and innovative. His striking, brightly coloured seating sculptures raised eyebrows at home and abroad. Right up to today, they are regarded as the face of the Artifort collection. To produce these designs, a new construction method was introduced in collaboration with Artifort’s development department. Artifort started to work with foamcovered metal tube frames and stretch fabrics. In 1967 Paulin met Jack Lenor Larsen and together they formed a golden duo. In fact they changed the way in which the world viewed design, in terms of form, materials and textiles. Now, forty years later, Artifort has resumed production of the fabric Momentum exclusively for Paulin’s designs.

At the beginning of the nineteen-sixties, Artifort started to focus more on the international contract market. The English designer Geoffrey Harcourt designed an extensive collection of contract furniture. Internationally, the furniture seemed to be very much in demand, which resulted in enormous sales growth in a short time. Artifort extended its activities in the contract market even further by distributing furniture made by the Italian Castelli company, among others.

Over the succeeding years, Artifort had to face increasing competition from foreign manufacturers. Once again, Artifort’s answer was innovation. First came the house style. 1970 saw the introduction of the logo that is still in use today – as timeless as the brand itself.

Under the inspiring, creative leadership of Harry Wagemans, the company continued to attract young and established design talent. Nel Verschuuren, Bruno Ninaber van Eyben, Gijs Bakker and Jeremy Harvey – young designers at the time and well-established names today – came to work for Artifort. Pierre Paulin and Geoffrey Harcourt continued to add new furniture to the collection every year. The design of Artifort furniture continued to be distinctive but sadly Kho Liang Ie would no longer be there to witness this. He died at the age of 47 in 1975.

Artifort’s policy was continued in the nineteen nineties when the company worked with designers such as Jasper Morrison, Wolfgang Mezger, René Holten and Jan Pesman. The result was celebrated furniture that entirely reflected the company’s philosophy and the values of the brand. Design, functionality and quality go hand in hand.

In 1998, the Lande Group in Schijndel breathed fresh life into the Artifort brand. New factories opened in Schijndel and Lanaken in Belgium where our know-how in furniture construction is perfectly combined with the art of upholstering. After the dip in the nineteen-nineties, Artifort is once more back in business. At ‘Il Salone Internationale del Mobile’ in Milan, the most important European furniture trade fair, Artifort is once again prominent.

2002 saw the birth of Patrick Norguet’s Apollo – a fauteuil that is now legendary and embraces everything that Artifort stands for. The Apollo marked the beginning of the continuingly successful relationship between the French designer and the Dutch company Artifort.

In 2006, after years of absence, Artifort once more returned to Interieur 06, the most important furniture trade fair in Belgium in Kortrijk. There, Artifort exhibited the interior of the future, in collaboration with Philips.

Artifort will celebrate its 125th anniversary this September. Each year, their chairs, tables and sofas find their way to the homes of design lovers around the world. They also make their way into the collections of famous museums, such as the Museum of Moden Art in New York and the Centre Pompidou in Paris. This is a great reason to look to the past and to the future. The anniversary program will be announced in the course of 2015