From May 8 until July 24, Dutch artists Atelier Van Lieshout and Bas Jan Ader are featured in "Radical Seafaring" exhibition at Parrish Art Museum.

From May 8 until July 24, Dutch artists Atelier Van Lieshout and Bas Jan Ader are featured in “Radical Seafaring” exhibition at Parrish Art Museum. “Radical Seafaring” will be the first museum survey of artists’ site-specific projects on the water, including journeys, actions, experiments and performances by artists from the United States, Brazil, France, Japan, the Netherlands, and Mexico.

“Radical Seafaring” connects “offshore art” with Land, Performance, and Conceptual Art of the 1960s and 70s, a period when many artists moved the creative process outside of the studio and exhibited their work in natural and urban environments apart from traditional venues. The contemporary artists in “Radical Seafaring” continue the interdisciplinary and site-specific practices that began with pioneering artists of that era such as Bas Jan Ader.

The exhibition, featuring projects dating from 1968 to 2016, is organized by four themes—”Exploration:” the quest for new experiences; “Liberation:” self-reliance, the desire to shape one’s world, and Utopian impulses; “Fieldwork:” hands-on, methodological information-gathering about the environment; and “Speculation:” using waterways as the stage upon which to build other realities. 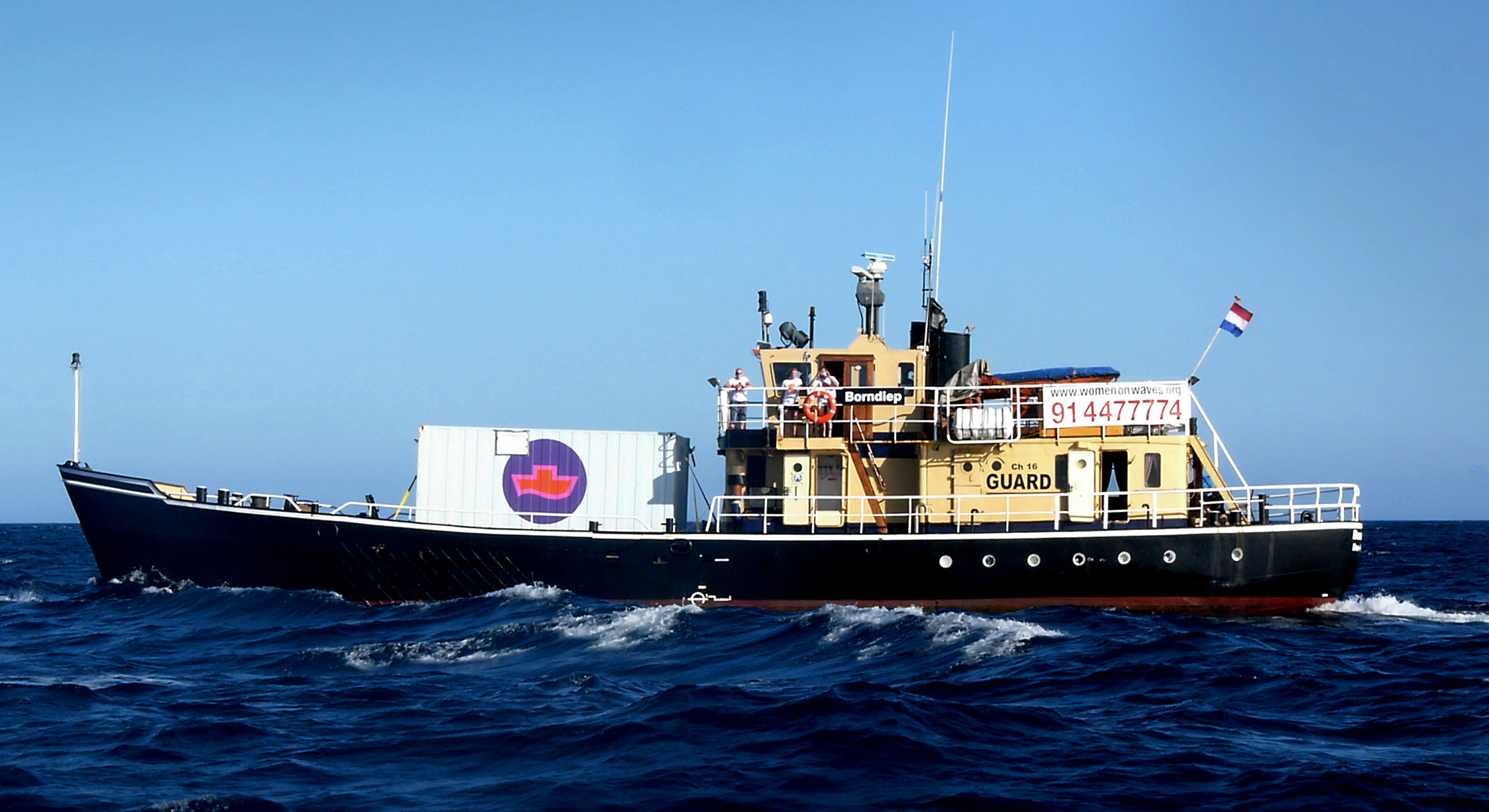 “Exploration” features an installation based on Bas Jan Ader’s mythic and influential performance triptych, “In Search of the Miraculous,” which involved the artist’s attempted solo North Atlantic voyage in a small sailboat. A concert by a chamber choir singing sea shanties in Ader’s Los Angeles studio is presented in the exhibition by an 80-slide projection and audio recording.

In 1975 Ader embarked on what he called “a very long sailing trip.” He claimed it would take him 60 days to make the trip, or 90 if he chose not to use the sail. Six months after his departure, his boat was found, half-submerged off the coast of Ireland, but Bas Jan had vanished.

In “Liberation,” photographs document Atelier Van Lieshout’s “A-Portable,” a mobile clinic created for the Dutch nonprofit organization Women on Waves to provide reproductive healthcare just off the coasts of countries where abortion is banned.

These series adresses recurring themes in the work of Atelier van Lieshout, as founder Joep Van Lieshout always had an obsession with systems: be they the state, the economy, or the human body. He focusses not only on the system, but also on the position of the individual within the system – and, perhaps even more important – outside of it. Woman on Waves fits perfectly into this oeuvre, putting the human body, and the right of the individual to make decisions about this body, on center stage.

Joep Van Lieshout: sculptor, visionary, enfant terrible, entrepreneur. At sixteen, Van Lieshout got himself accepted at the Rotterdam Academy of the Arts. After graduating, he rose to fame quickly, with projects that travelled between the world of easy-clean designs and the non-functional area of art: sculpture and installations, buildings and furniture, utopias and dystopias. In 1995 van Lieshout founded his studio, Atelier Van Lieshout; ever since, he has been working under the name of the studio to undermine the myth of the artistic genius. Over the past two decades, Atelier Van Lieshout has produced a veritable cornucopia of works which straddle art, design and architecture. What these works have in common are a number of recurring themes, motives and obsessions: systems, power,autarky, life, sex, death. The human individual in the face of a greater whole. With this body of work, he has exhibited at museums and galleries worldwide.

Dutch-Californian artist Bas Jan Ader was last seen in 1975 when he took off in what would have been the smallest sailboat ever to cross the Atlantic. He left behind a small oeuvre, often using gravity as a medium, which more than 30 years after his disappearance at sea is more influential than ever before. Ader was born to idealistic ministers in the Dutch Reformed Church on April 19, 1942. His father was executed by the Nazis for harboring Jewish refugees when Ader was only two years old. As a rebellious student, he failed at the Rietveld Academy, but later enrolled at the Otis Art Institute. After his marriage, Ader taught art and studied philosophy at Claremont Graduate School. In 1970 he entered the most productive period of his career, beginning with his first fall film, which showed him seated on a chair, tumbling from the roof of his two-story house in the Inland Empire. In 1975 he embarked on a sailing trip, of which he would never return.

Inspired by the natural setting and artistic life of Long Island’s East End, the Parrish Art Museum illuminates the creative process and how art and artists transform our experiences and understanding of the world and how we live in it. The Museum fosters connections among individuals, art, and artists through care and interpretation of the collection, presentation of exhibitions, publications, educational initiatives, programs, and artists-in residence. The Parrish is a center for cultural engagement, an inspiration and destination for the region, the nation, and the world.