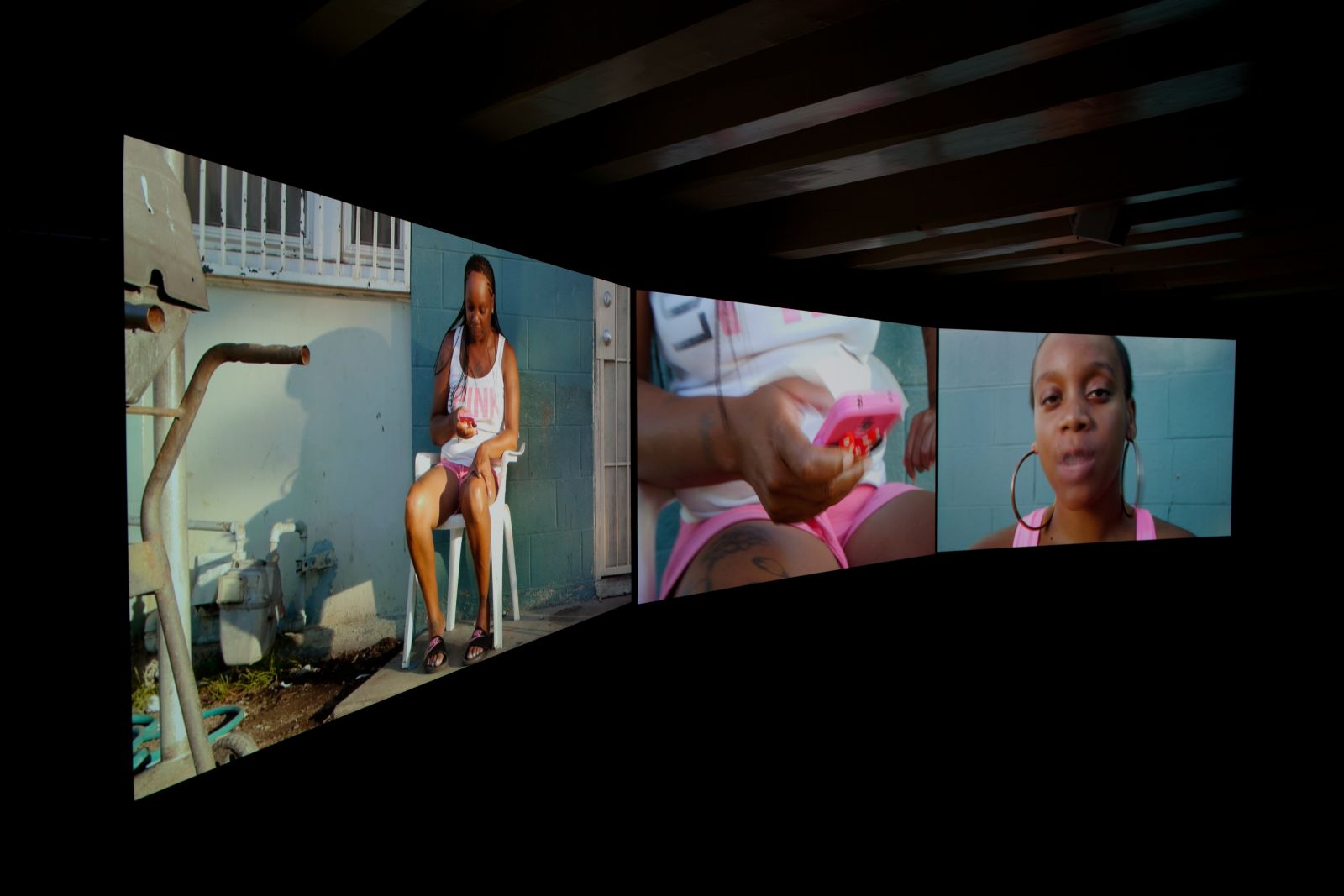 As a part of EXPO Projects, Dutch artists Atelier van Lieshout and Dana Lixenberg will exhibit site-specific works at EXPO Chicago from September 22 until September 25. Both artists are represented by the Amsterdam-based gallery GRIMM.

During the EXPO Chicago art fair, EXPO Projects is presented alongside IN/SITU in and around Navy Pier, featuring a curated selection of projects. The site-specific installation program highlights large-scale and performative works by emerging and established artists represented by 2016 Exhibitors.

Atelier Van Lieshout was founded in 1995 by Joep van Lieshout. His work explores ecology, ideology, organic philosophy, human existence, life and death. Combining Surrealist and Minimalist forms in his sculpture, Van Lieshout creates controversial thematic bodies of work which might be interpreted as sinister, while also conveying humour. The installations experiment with different media, the boundary between art, architecture and human constructions, exploring the position of man in society, autarky, organisational systems and relationships with reproduction and power. The installation in Chicago is part of a series entitled CryptoFuturism. In this new body of work Joep van Lieshout revisits the Italian Futurists a century later to look at resonances between emerging Fascist tendencies today, using his art to reveal the interplay between Utopia and destruction. Van Lieshout embraces emerging technologies from genetic manipulation and nuclear power to robotics and big data to draw parallels between the societal threats faced in the early 20th century and the perhaps graver circumstances we face today. Starting his research by building huge machines in order to destroy or recycle all possible materials, Van Lieshout deconstructs notions of sustainability with techno modernist speed, playing a dangerous game with nostalgia for bygone political theorems.

Specifically, the presentation at ExpoChicago reflects on our contemporary society, on the juxtaposition between advancing technology and the longing for nature, primitivism, the past. The Beginning of Everything embodies science, technology, the modern age, but also represents the primary source of our existence – energy. Without energy, not only our lives but also our machines and our cities would come to a standstill – with great, empty, eternal stillness as the result. Energy is the vital force which drives our world, brings it its color, its joy, its vibrancy, its life. It is literally ‘the beginning of everything’. The featured works hold a clear reference to the utopian modernist movements of the early 20th century, yet at the same time they address mans’ most primeval needs. They couple the pursuit of progress with a longing for the primitive past, highlighting the contrast between primitivism and constructivism. The artworks’ creative process was expressive and intuitive, not driven by any premeditated plan. The artwork is placed on an abstract, geometrical pedestal, reminiscent of Modernist sculpture from the early 20th century – an era of great Utopian movements, not unlike our own.

Dana Lixenberg’s Imperial Courts project (1993—2015) is a  video installation, which tracks the changing shape of a small, inner-city community from South Central Los Angeles through a combination of beautiful black and white photographs, and a series of videos made in the final years of the work. These photographs and videos result from Lixenberg’s familiarity with the neighborhood and community of Imperial Courts, and from her extended and collaborative relationship with its residents. The project comprises three hundred and ninety-three black and white photographs, compiled in a monograph published by ROMA Publications in 2015, and a sixty-nine minute three channel video projection, that marks the generational passing of time, as sons become grandfathers, daughters become mothers, and parents, neighbours and friends pass silently into the grave. Imperial Courts is a work that frames the continuity of community against the changelessness of an inner-city landscape—each of which we discover through Lixenberg’s tender, elegant and visceral work.

In 1992, Lixenberg travelled to South Central Los Angeles to photograph a magazine story on the riots that erupted following the acquittal of four LAPD officers filmed mercilessly beating Rodney King. Her impressions of the area inspired her to revisit that part of the city, and eventually led her to the Imperial Courts housing project in Watts. Beginning in 1993, and continuing until the spring of 2015, Lixenberg gradually created an extensive portrait of this community over twenty-two years, electing to face away from the spectacle of destruction, and to look toward those, whose lives typically receive public notice, only in the event of calamity. Her portraiture addresses the individuated characteristics of the residents with delicacy and specificity, reflecting a series of individuals who collectively constitute an evolving community.

The videos in the installation capture life in Imperial Courts in a spectrum from inactivity to celebration, grounding our sense of the normalcy of life in a part of the American inner-city habitually derided as aberrant and extreme. The photographs and videos complement each other: the photographs cherish the specificity of those individuals that make up the community, while the video familiarizes us with the dense fabric of daily life. Imperial Courts thus explores growth and change against the constancy of political neglect, rejecting sensationalism and spectacle in favour of sensitivity, and constituting a multi-layered, evocative record of twenty-two years in an underserved community in south central LA.

GRIMM founded by Jorg Grimm and Hannah Reefhuis in 2005, has become one of the leading galleries for contemporary art in the Netherlands. Since 2010 the gallery is located in the city center of Amsterdam nearby the museum square at the Frans Halsstraat 26, representing more than twenty international artists. Grimm aims to show and promote the best artists of the contemporary international art scene.

EXPO Chicago, the International Exposition of Contemporary & Modern Art, opens the fall art season each September at historic Navy Pier. Entering its fifth edition in 2016, EXPO Chicago presents artwork from 140 leading galleries from around the world, and includes “EXPOSURE”—a section that affords younger galleries the opportunity to participate in a major international art fair. EXPO CHICAGO also features dynamic on-site programming, including special exhibitions, showcasing select international organizations, non-profits and institutions; “Dialogues” panel discussions, presented in partnership with The School of the Art Institute of Chicago; “EXPO VIDEO,” a curated selection of new media, film and video works; as well as IN/SITU and IN/SITU Outside and EXPO Projects, a curated selection of site-specific projects presented both on the main floor of the exposition, and throughout the city of Chicago.