Barbara Stok present ‘Vincent’ at the Metropolitan Museum of Art 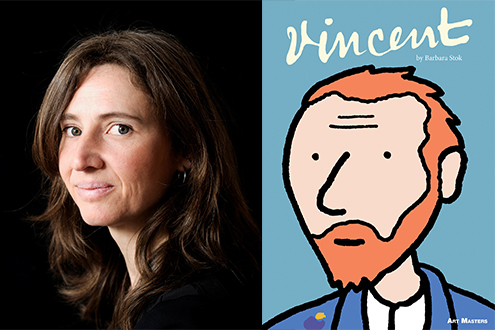 Join award-winning Dutch comic artist and writer Barbara Stok at the Metropolitan Museum of Art on April 10 for a presentation about ‘Vincent’, her graphic novel documenting Vincent van Gogh’s brief and intense period of creativity during his time in the south of France. Meet the artist and explore the Museum until it closes at 9:00 p.m.

Barbara Stok is known for her candid autobiographical comic strips. In 2009 she won the Stripschapprijs, one of the most prestigious comic awards in the Netherlands, for her entire oeuvre. In addition to her work for newspapers and magazines, she has created nine books. Her book ‘Vincent’, a joint initiative by the Van Gogh Museum, the Mondriaan Fund, and Nijgh & Van Ditmar publishers, is the first in SelfMadeHero‘s Art Masters series and has been published around the world.

Vincent will be available for purchase in the Uris Center Met Store. Stok will be signing books after the presentation.

‘Vincent’ documents the brief and intense period of creativity Van Gogh spent in Arles, Provence. Away from Paris, the painter falls in love with the landscape and light of the south of France, and dreams of setting up an artists’ studio in Arles. But attacks of mental illness leave him disorientated and confused. When his friend Paul Gaugin refuses to reside permanently at the Yellow House, Van Gogh cuts off part of his ear, and his dreams are left in tatters. But throughout all this, Vincent’s brother Theo stands by him, offering constant and unconditional support. Stok’s graphic biography breathes new life into one of the most fascinating periods of art history.

“Stylistically, Stok is almost faultless… [Vincent] leaves us aware of a small breathe of fresh air blown into the worlds of art history” – The Times Literary Supplement

“Stok does a brilliant, sympathetic job of picturing the artist, whether jagged with madness or sitting amid the wheat fields and sunflowers of Arles, the landscape at once gentle and alien, the man propelled by a desperate, radical passion.” – The Guardian