Contemporary dance performance “Sleeping Beauty Dreams” will premiere during Miami Art Week 2018 at the Adrienne Arsht Center on December 7th and 8th, and will then travel to the Beacon Theatre in New York on December 14th and 15th. The theater performance is fused with EDM music produced by Dutch producer Thijs de Vlieger of EDM-trio Noisia, and the costume design for the performance is done by Dutch designer Bart Hess. The tickets and schedule can be found at the bottom of the page!

Sleeping Beauty Dreams is a contemporary art exploration of the age-old fable brought to life by Magic Reality Group. The EDM-influenced performance explores one of the most iconic stories ever told, Tchaikovsky’s “Sleeping Beauty,” and will showcase the first-ever fusion of live contemporary ballet dance with 3D digital avatars projected on-stage in real-time.

The legend of Sleeping Beauty has been retold by masters since the 14th century, but no one has explored what the princess was dreaming while she slept for 100 years. Global prima ballerina, Diana Vishneva, performing as Princess Aurora and Marcelo Gomes, as Prince Peter are brought together in a fusion of dance, music, art, and revolutionary 3D digital technology never seen on stage before. Artists joining Vishneva and Gomes include Tobias Gremmler and Bart Hess, with music by famed EDM pioneers, NOISIA, a Dutch trio whose music is featured on Hollywood blockbusters and works with some of the world’s biggest artists including Skrillex and deadmau5.

Thijs de Vlieger, of the Dutch electronic music trio NOISIA, is creating an original score for Sleeping Beauty Dreams, a new kind of performance that unifies electronic music with contemporary dance, art, and cutting-edge digital technology. Thijs will work with artists of different media to explore the untold story of Princess Aurora’s 100 years of dreams. “Sleeping Beauty Dreams, for me, is a story of internal conflict and becoming conscious of the subconscious. I’m trying to write music related to this internal process,” Thijs explains. “I’m keeping the energy at high pressure but I’m keeping the steam in the kettle, never opening the valve until the final resolution, when the demons come out in full form” he says referring to the interactive virtual characters the artists and technology ninjas, Tobias Gremmler and fuse, have created.

“So much of the music I make is about tension and resolution. For electronic dance music, people need this adrenaline rush constantly. But, when you work with a visual art form, like dance, or with a narrative art form, like theater, you can leave much more space. I’m making music that will stimulate the audience’s curiosity. It will create a sense of wonder and amazement.”

Thijs will create a longer, more subtle, composition for “Sleeping Beauty Dreams” than his fans are used to. “I use a lot more darkness; a lot more light tonal colors. You can build the feeling through time, which for me is a very exciting new path, something that you’re not allowed to do in a club setting. In theater you can really explore, using slow passages of music. I can leave things to the imagination, I can leave things for the visual artists to fill in.”

By combining experimental electronic music with real-time digital imaging technology, contemporary choreography, and new media art “Sleeping Beauty Dreams” will show that the world of dreams is a unique place that doesn’t have to be confined by time or space.

Together, Thijs de Vlieger, Nik Roos and Martijn van Sonderen form Noisia – a one-Vision collective that aims to “explore the outer edges and capabilities of electronic musicality without compromise, turn sound design into an art,” and translate their discoveries into records “that sound like nothing else”.

The defining chapter in the trio’s ambitious vision so far, the album and performance concept “Outer Edges” expands their palette still further. Visually heightening, physically stimulating, technically unique and immersive, it lends itself to a broad range of contexts, from festival mainstages to underground clubs. 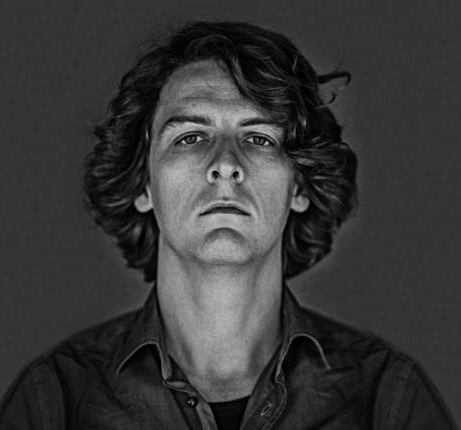 Dutch artist Bart Hess will create costumes for a new multimedia production that unifies contemporary dance, electronic music, and cutting-edge digital technology; Sleeping Beauty Dreams. Bart will bring to life iconic characters to explore the untold story of Princess Aurora’s 100 years of dreams. Bart is internationally known for creating Lady Gaga’s ‘slime’ look. He combines handwork and digital technologies to transform human bodies as he dresses them. He differs from other designers by using materials that are not typically used for fashion such as silicon, molten wax, foil, metals, or slime.

For “Sleeping Beauty Dreams” he will focus on how the audience will view the dancers’ bodies as they move. “I chose materials that interact with light and reflection. It’s challenging to think about materials, or structures, or costumes that can transform. I like to manipulate materials in a way that some magic appears. Fairytale imagery for me is a material, like a prism that bounces back to light, with rich, reflecting qualities.“

Bart’s design process is the subject of Andrei Severny’s new film, Bart Hess: Colliding Opposites. The designer describes, “In my work I try to find a balance between beauty and horror. I think the darker side of beauty has fewer restrictions because it hasn’t been explored as much, which makes it more interesting for me to show to my audience. I imagine a near future where digital aesthetics, distortions, and glitches become a new form of ornament.”

Bart Hess is an artist whose workshop in Eindhoven, The Netherlands keeps transforming on a regular basis. With a gift for producing magic from the most basic materials, Hess creates art films, performances, installations, and texture designs that suspend the viewer between meditation and addiction.

Hess’s untamed imagination is backed by his sophisticated craftsmanship and proficiency in new media. “Today I’m a filmmaker, but tomorrow I can be a textile designer,” he declares. The outcome is visually arresting work that blurs the boundaries between dream and reality, beauty and ugliness, attraction and repulsion, nature and technology. Hess has collaborated with Lady Gaga, science fiction artist and body architect Lucy McRae, and fashion photographer and digital imaging pioneer Nick Knight. In 2015, Hess created stage design and costumes for the Dance Company Nanine Linning’s production Silver. His work has been shown in the solo exhibition Future Bodies in Stedelijk Museum ’s-Hertogenbosch; as well as in exhibitions at the Museum of Contemporary Art, Montréal; Centre Georges Pompidou, Paris; The Institute of Contemporary Arts, Singapore, and Saatchi Gallery, London, among others. 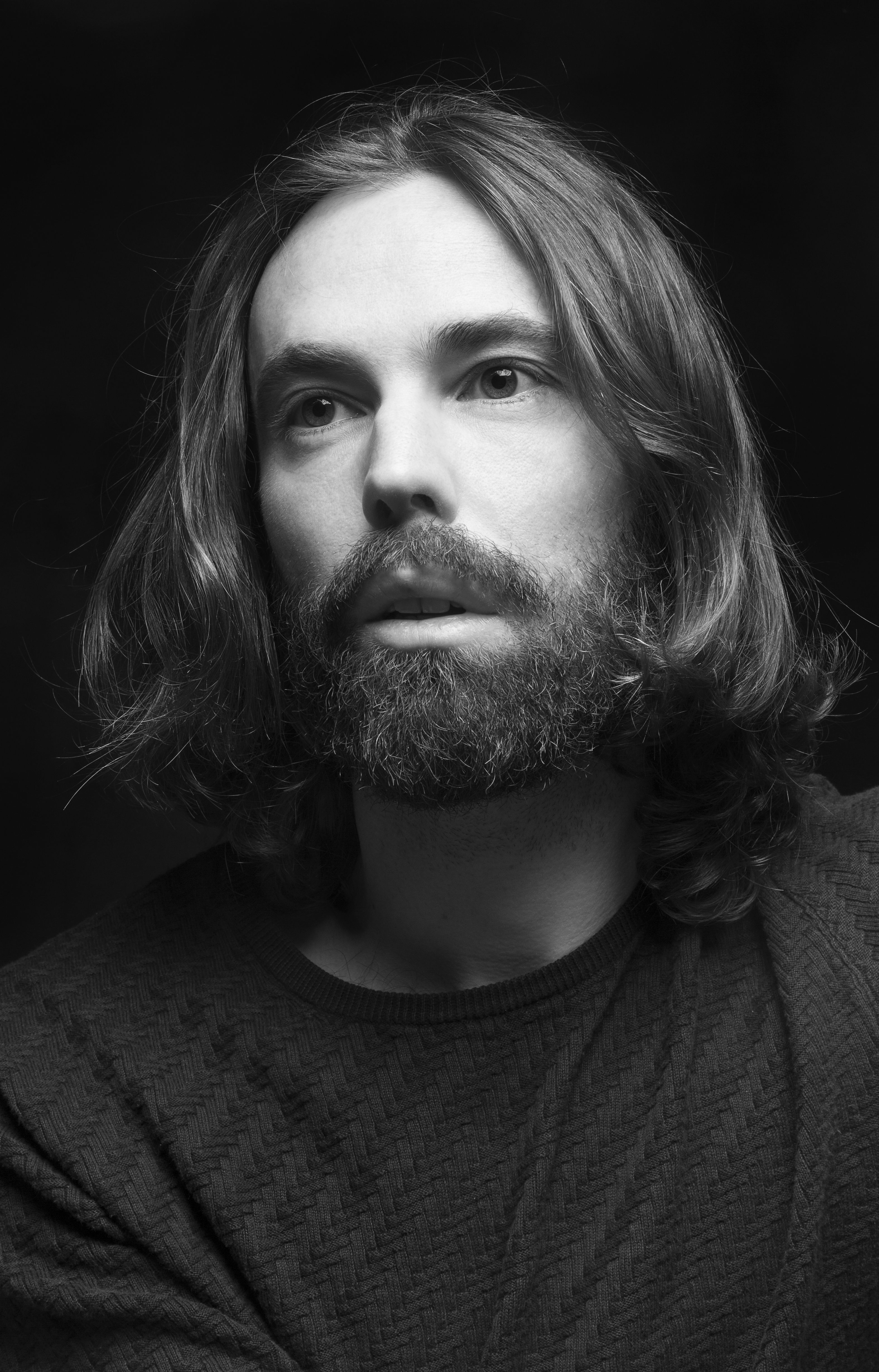