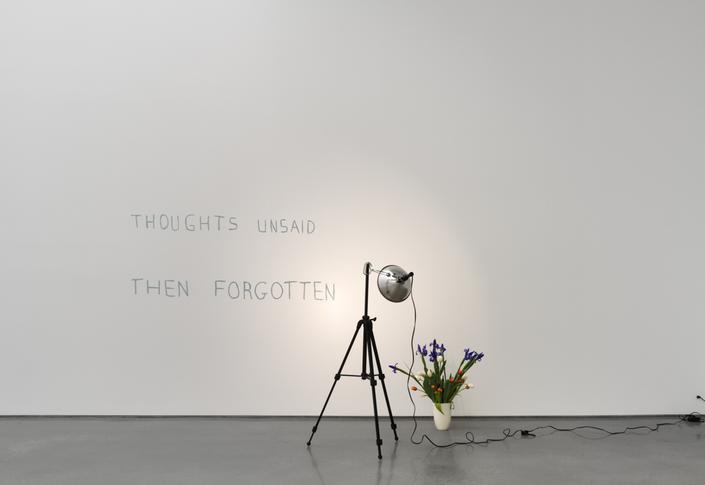 Through August 5, Metro Pictures has an exhibition of photographs, films and installiation workds by the renowned Dutch artist Bas Jan Ader in New York, NY.

Included are complete sets of the original photographs Ader made for his book “Fall I and II,” which were subsequently shown in his first exhibitions. Exhibited for the first time are photographic studies for other important works made in the early 1970s.

Ader’s well-documented story is so compelling that his poignant art is fused into the narrative of his history. In 1963 Ader moved from Amsterdam to Los Angeles where he was associated with a group of artists whose work would define an important strain of conceptual art distinct to the West Coast. There he produced a small but extraordinarily affecting body of artworks prior to 1975, when he disappeared at sea while sailing the Atlantic alone as the second part of his trilogy “In Search of the Miraculous.” The first part, included in the exhibition, comprises 18 black-and-white photographs of the artist walking through Los Angeles at night. The third part was to be an exhibition at the Groeningen Museum after arriving in Europe. 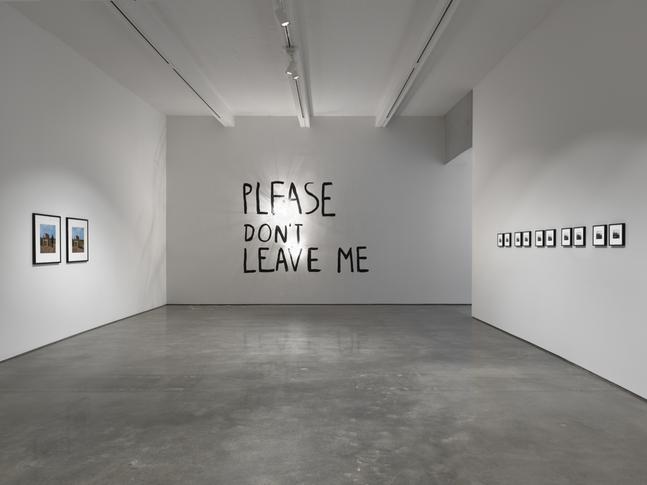 Bas Jan Ader’s art had the same effect, beauty and pathos when it was exhibited more than 40 years ago, without knowing his family history or the dramatic and mysterious circumstances surrounding his disappearance.

The power of Ader’s narrative explains the potency of his statement and imbues his elegant and painfully beautiful work with seriousness. Merging a conceptual framework with an aspect of Hollywood film romance, mystery and slapstick humor, his themes of sailing, the sea, falling, drowning, failing, gravity, doom, form a singular position that has never been so beautifully and courageously attempted.

Ader intended his works to propose philosophical concerns like the notion of free will, which is explored in the films and performances in which falling, metaphorically and physically, is depicted in both inanimate objects and the artist’s own body. Referring to “Fall I and II,” Ader said, “… When I fell off the roof of my house or into a canal, it was because gravity made itself master over me.”

Dutch-Californian artist Bas Jan Ader was last seen in 1975 when he took off in what would have been the smallest sailboat ever to cross the Atlantic. He left behind a small oeuvre, often using gravity as a medium, which more than 30 years after his disappearance at sea is more influential than ever before. Ader was born to idealistic ministers in the Dutch Reformed Church on April 19, 1942. His father was executed by the Nazis for harboring Jewish refugees when Ader was only two years old. As a rebellious student, he failed at the Rietveld Academy, but later enrolled at the Otis Art Institute. After his marriage, Ader taught art and studied philosophy at Claremont Graduate School. In 1970 he entered the most productive period of his career, beginning with his first fall film, which showed him seated on a chair, tumbling from the roof of his two-story house in the Inland Empire. In 1975 he embarked on a sailing trip, of which he would never return.

Metro Pictures is a New York City art gallery founded in 1980 by Janelle Reiring, previously of Castelli Gallery, and Helene Winer, previously of Artist’s Space. It was located in SoHo until 1995 when it was among the first wave of galleries to move to Chelsea. Newer generations of artists have continued to expand the context of the gallery by presenting comparably provocative conceptual material in unforeseen formats that address current conditions, methods of thought, and means of generating art ideas.