Inspired by Traditional Afro Caribbean Music from Curaçao and  European Dance, Kuenta i Tambu has created a brand new sound. They cleverly found a balance between electronic sound samples, singing and chanting and the infectious rhythms played by ritual tambú drums.

Some call it Global Bass, others prefer labeling it Tambutronic but one thing is for sure: it’s a wild and colorful explosion of energy, and always seems to set off some serious movements on the dancefloor! 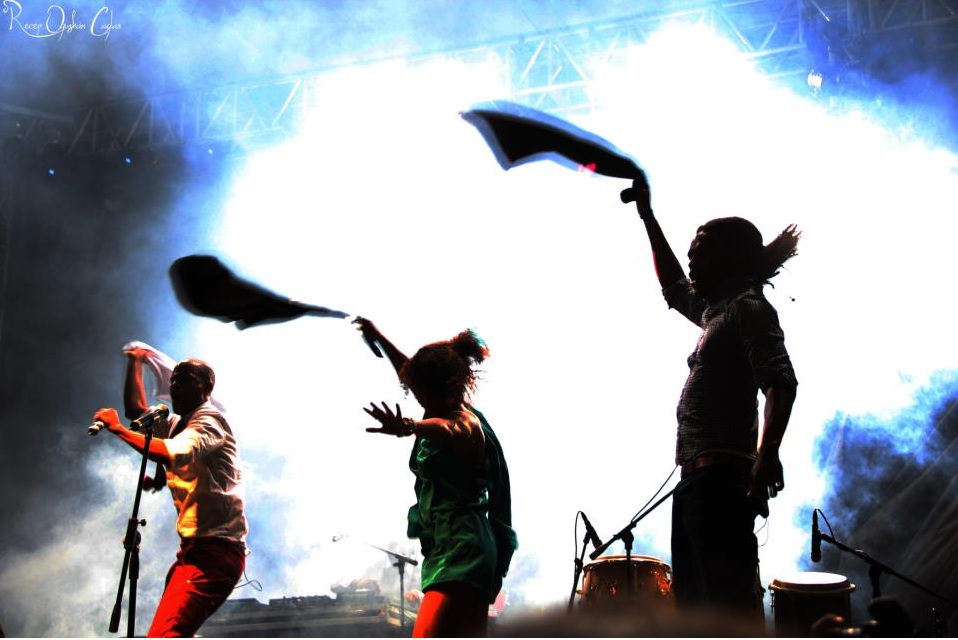 Kuenta i Tambu is based in Amsterdam and was formed in 2005 after a series of educational projects at schools and theaters to introduce the music and culture of Curaçao to children in the Netherlands. During this period the first songs were written, establishing the sound and identity of the group which nowadays is known for its high energy shows, with a great deal of humoristic highlights, hypnotizing beats and dazzling percussive interplay between band members.

globalFEST (gF) began in NYC in 2003 as a creatively curated bright spot for global music lovers in the dark days of early January. Over its first decade, gF’s groundbreaking annual 3 stage, 12 band showcase/festival has become one of the most catalytic world music events in North America, coinciding with the Association of Performing Arts Presenters (APAP’s) annual conference. The premier gateway for emerging and established artists, gF has provided more than one hundred and twenty groups- from around the world and from our own backyard- access to stages across the continent.