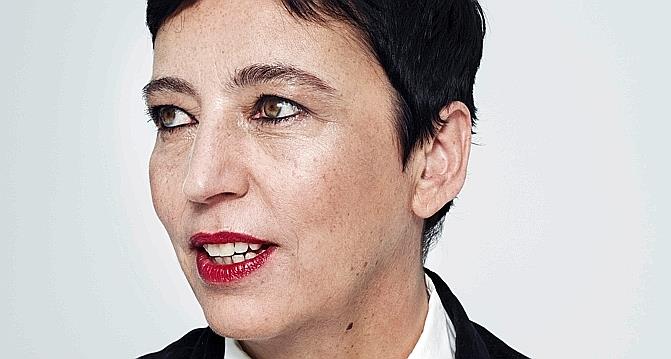 On December 3, there’s a panel discussion at Art Basel Miami; ‘Life in the Archive’. The participants are:

You’ll have access to the event with an Art Basel VIP card or ticket.

Over the last 15 years, Beatrix Ruf has become widely acknowledged as one of the most influential figures in the international art world. For several years, the American journal Art Review has named her as one of the top-ranking art professionals in its ‘Power Top 100’, ranking her 7th in 2013. Beatrix Ruf (Singen, Germany, 1960) was appointed Director of the Kunsthalle Zürich in 2001. She initiated an extensive reconstruction and expansion project in 2003, which took place in 2011 and 2012. At the Kunsthalle Zürich, Ruf developed a distinguished exhibition program of solo presentations and group presentations. She also gave many young artists their first museum presentation at the Kunsthalle Zürich.

Ruf embraces experimentation, as proven by the numerous ambitious new art installations she commissioned for Kunsthalle Zürich. Ruf also initiated art-historically relevant projects such as the long-anticipated survey exhibitions of Yang Fudong and Ian Wallace, among others. She also provided a platform for many important, but lesser-known or ‘forgotten’, artists. By exhibiting their work generously and at precisely the right moment, Ruf gave them a well-deserved place in the canon, correcting art history and highlighting meaningful connections between historical and current art forms. In her programming Ruf focused on renowned local artists, the upcoming generation and ‘non-Western’ artists alike. In Zürich, Ruf presented the breadth of contemporary art production―from local to national, regional and international.

Ruf embeds her projects within a network of prominent international institutions including the Centre Pompidou in Paris, Tate Liverpool, the Ludwig Museum in Cologne, the Van Abbemuseum in Eindhoven and Moderna Museet in Stockholm. In addition to her directorship in Zürich, Ruf has also been involved with numerous prestigious international biennials and triennials. In 2006, she was the curator of the successful third edition of the Tate Triennial in London.

In the following video you can see an interview with Beatrix Ruf, when she was just announced as the new director of the Stedelijk Museum Amsterdam.