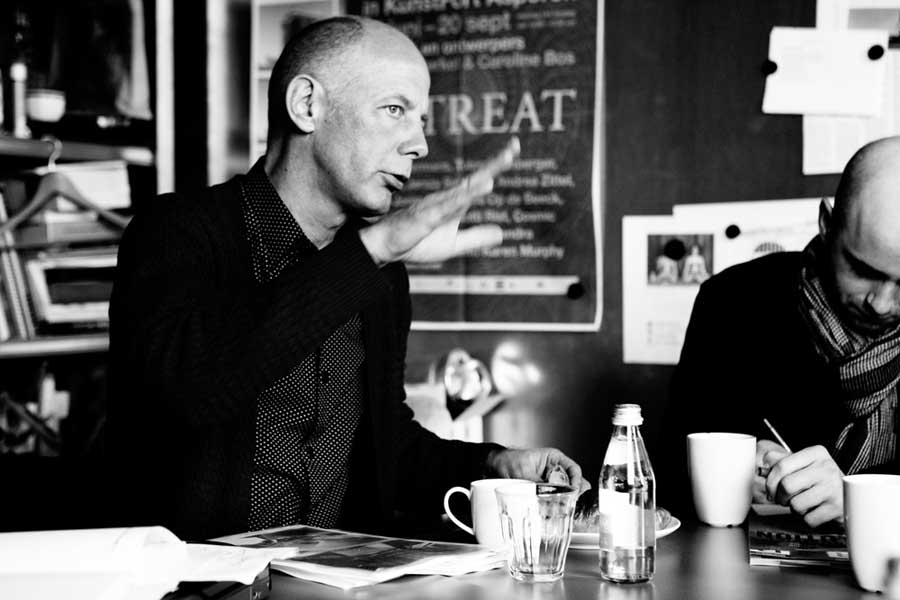 On March 4 and 5, Ben van Berkel (UNstudio) will be giving lectures at the Syracuse School of Architecture and Illinois Institute of Technology in Chicago.

On March 4 and 5, Ben van Berkel (UNstudio) will be giving lectures at the Syracuse School of Architecture and Illinois Institute of Technology in Chicago. The first (‘From Network to Knowledge Practice’) will take place at Syracuse University School of Architecture in New York on Tuesday (March 4th) at 17:00, in the Slocum auditorium. The second (‘Managing the Void’) will take place (March 5th) at the ITT in Chicago at 18:00.

Ben van Berkel is Co-Founder/Principal Architect UNStudio. He studied architecture at the Rietveld Academy in Amsterdam and at the Architectural Association in London, receiving the AA Diploma with Honours in 1987.

In 1988 he and Caroline Bos set up an architectural practice in Amsterdam, extending their theoretical and writing projects to the practice of architecture. The Van Berkel & Bos Architectuurbureau has realized, amongst others projects, the Karbouw office building, the Erasmus Bridge in Rotterdam, Museum Het Valkhof in Nijmegen, the Moebius House and the NMR facilities for the University of Utrecht.

In 1998 Ben van Berkel and Caroline Bos established a new firm: UNStudio (United Net). UNStudio presents itself as a network of specialists in architecture, urban development and infrastructure. Current projects are the restructuring of the station area of Arnhem, the mixed-use Raffles City in Hangzhou, a masterplan for Basauri, a dance theatre for St. Petersburg and the design and restructuring of the Harbor Ponte Parodi in Genoa. With UNStudio he realized amongst others the Mercedes-Benz Museum in Stuttgart, a façade and interior renovation for the Galleria Department store in Seoul and a private villa up-state New York.

Ben van Berkel has lectured and taught at many architectural schools around the world. Currently he is Kenzo Tange Visiting Professor’s Chair at Harvard University Graduate School of Design and Professor of Conceptual Design at Städelschule in Frankfurt. Central to his teaching is the inclusive approach of architectural works integrating virtual and material organization and engineering constructions.