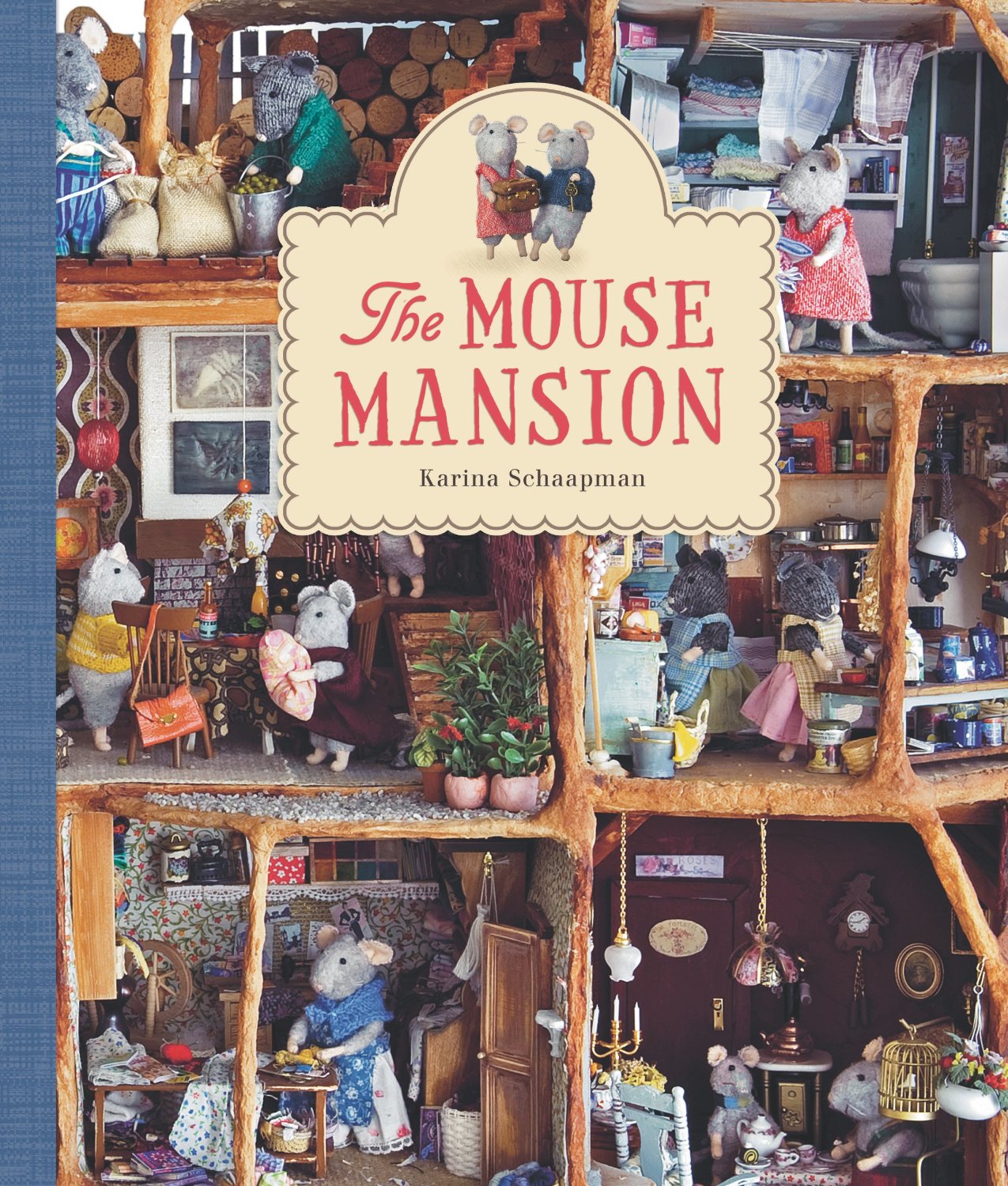 On November 6th, the international bestselling children's book 'The Mouse Mansion' by Karina Schaapman has been released in the US by Penguin Books USA.

Meet Sam and Julia, two young mice living in the Mouse Mansion, who are very different but the best of friends. After international success in amongst others Holland, Japan, France, China and Germany, the children’s book The Mouse Mansion has now been published in the United States by Dial Books for Young Readers (part of Penguin Books USA) and is available here. The mice conquer the world; everywhere the book by Karina Schaapman is published, sales are spectacular. In the Netherlands where it all started, the first book has now reached 100,000 within 18 months. 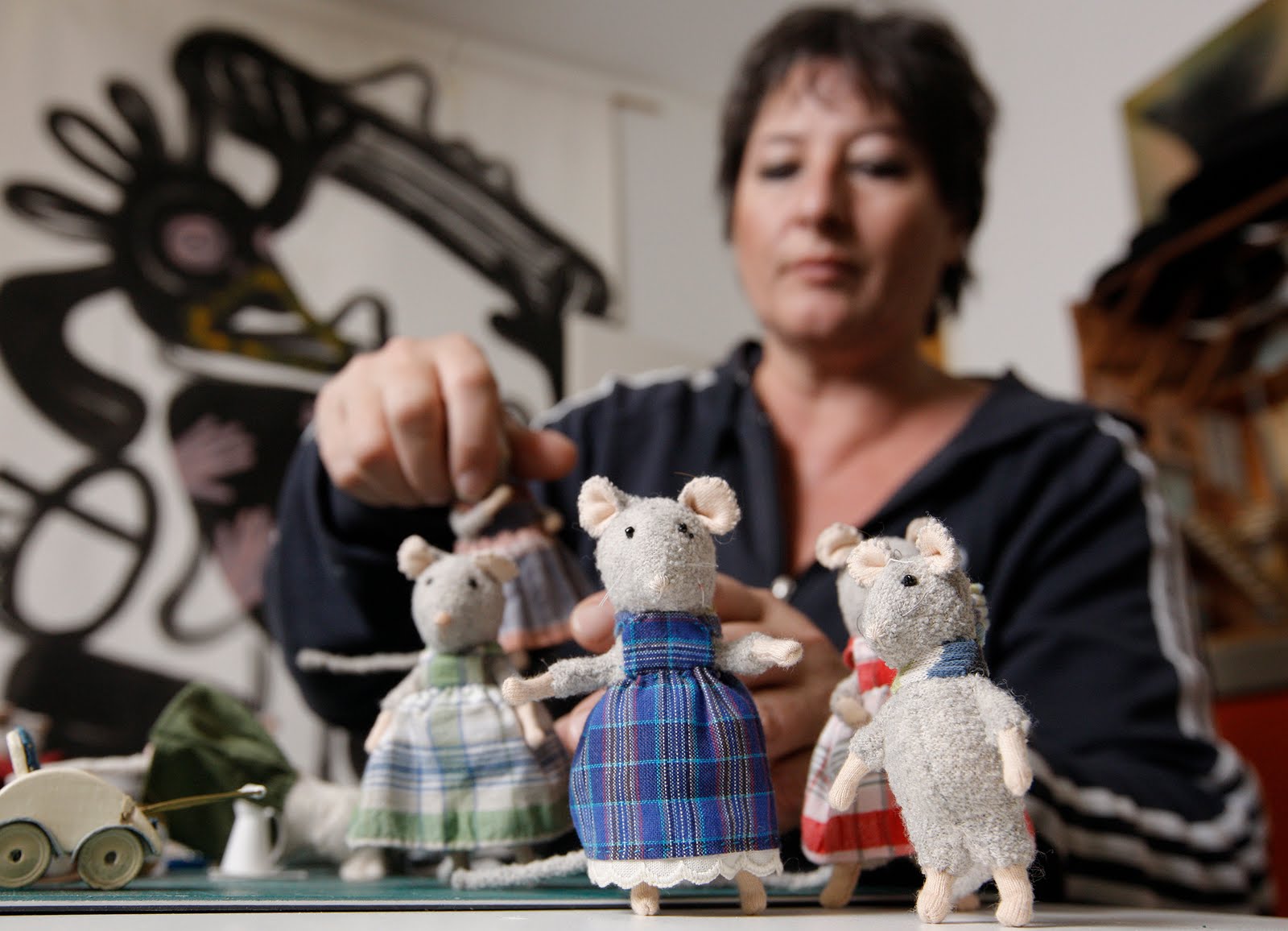 The series The Mouse Mansion is created by Karina Schaapman (Leiden, 1960). She makes her debut as a writer in 2000 with the book Schoolstrijd. In 2004 its followed by Zonder moeder (Motherless, the English translation is published in 2007). For these books she creates life-size sculptures from paper, wax, bronze and textile. The opportunity to write a children’s book fulfills a long cherished wish for Karina. She remembers Het Muizenboek (The Mouse Book) written in 1950 by Clinge Doorenbos with illustrations by Nans van Leeuwen.

After reading The Mouse Book again forty years later, Karina decides to build a mouse mansion. Not to be a dollhouse but to function as the stage for the book she wants to write. She starts sewing a small patchwork blanket, representing shelter, safety and warmth. This is exactly the way The Mouse Mansion should be: a safe, cozy world in which nothing terrible happens or where everything at least has a happy ending. The blanket is followed by a bed and soon an empty orange carton forms the first four rooms.

A hundred rooms and a skeleton

Opening the book, you enter a new world. It is the world of the mice Sam and Julia. With them you meet the other residents. Through the many objects in the house (self-built and self-furnished) you learn of their histories, values and customs. 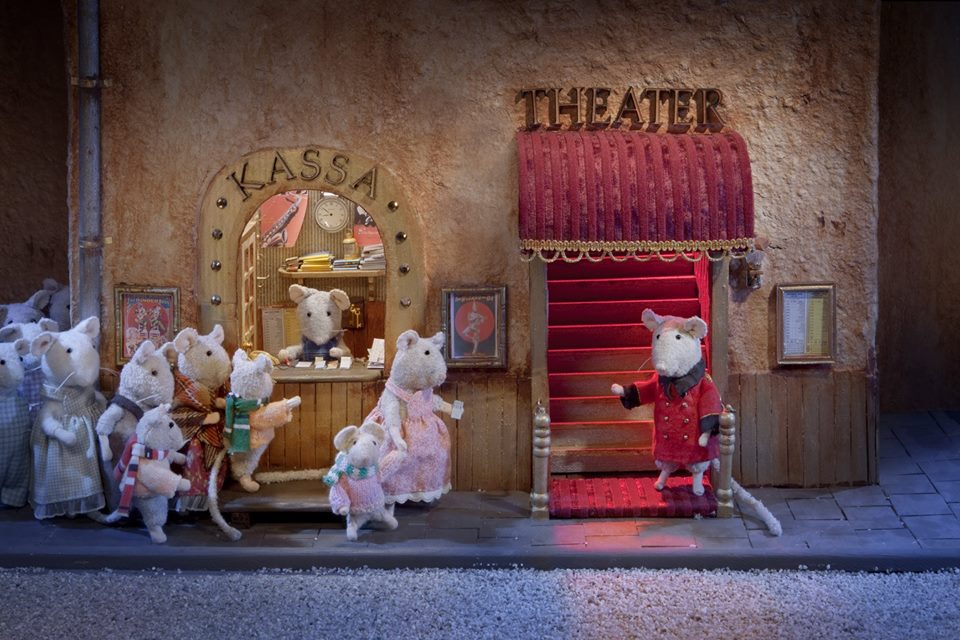 Today, there are more than a hundred rooms. The house has a front, a back and two sides. It includes a factory, a staircase, store rooms, shops, workshops and a scientist’s study containing real mouse skeletons, with an adjoining museum of natural history. The house is the location where the story takes place, as well as a showcase presenting the history of its inhabitants. Every room tells its own story, while being part of a larger story.

Even though The Mouse Mansion is a work of art in itself, in a number of rooms works of other artists can be seen. The firm belief that it is important for children to come into contact with art, motivates Schaapman to approach contemporary artists to create new works for The Mouse Mansion. There are no restrictions except for the size, which must be from three to five square centimeters. This request resulted in a number of artworks created by, among others, Eli Content, Merijn Bolink, Hermine van der Does, Jan Andriesse, Ansuya Blom,  Ada Breedveld, Leo Vroegindeweij and Paul Andriesse. The art at times becomes part of a mouse, as with Sam’s grandfather’s sailor tattoos by Henk Schiffmacher.

The book knows its own rhythm, wherein placement and size of the photographs in relation to the text play an important role. The story and the photographs go together. This doesn’t mean that everything that can be seen in the photograph is described. Many of the photographs show, in addition to an entire room, part of the room above, next door, or below, indicating that while every room tells its own story, at the same time it is part of a larger story. Alongside the images, part of the story is told in words. The text is kept straightforward. A couple of superlatives, printed in capital letters, return again and again, providing familiar anchors. The text supplies the tone of the story and at the same time leaves room for one’s own story. The fictional stories are related to experiences of Schaapman’s life. And, just as in the books and fables of Max Velthuijs the moral of the stories in The Mouse Mansion are not teachings but rather lessons of life.

A book with a message

With every book you learn to know the house and its inhabitants a bit more. There are some recurring themes. Every book communicates that nothing happens by itself; handbags don’t fall from the sky, but are designed and created, as is shown in the bag shop in the house. A circus tent has to be pitched. You have to practice in order to be ready to perform a ballet. Even baking pancakes is something you have to learn. 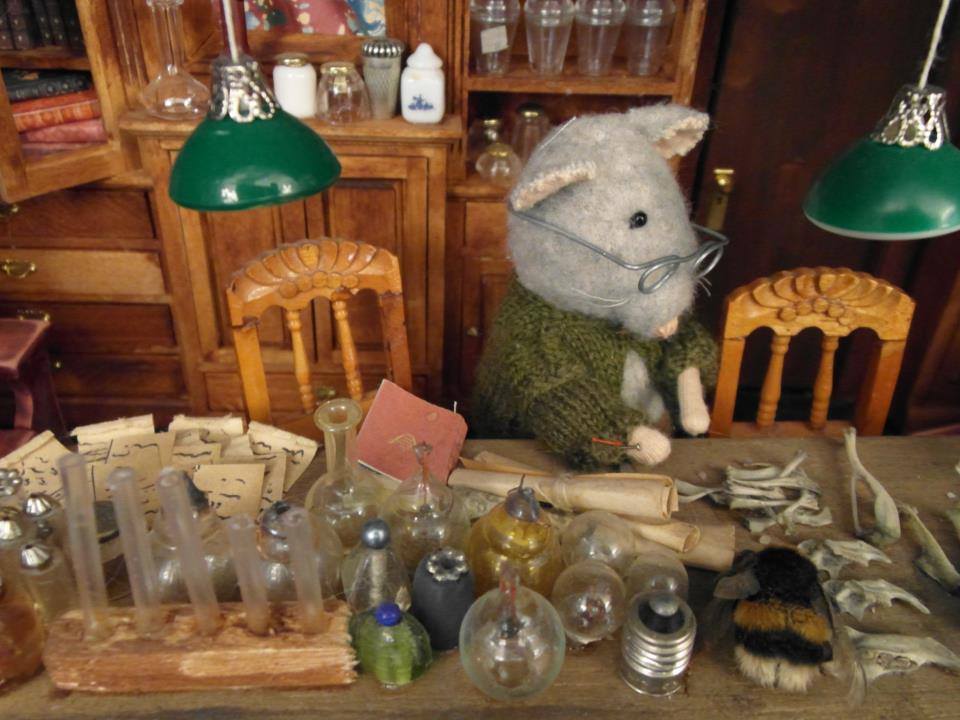 Religion is also a recurring theme. In the first book Julia gets acquainted with the Sabbath. In the second book, the Eid al-Fitr feast marking the end of the Ramadan is discussed. And in the third book the Feast of the Epiphany is mentioned. The encounters between the different religions take place around food. A meal often connects people and for children it is a known ritual. Besides this the circus, health and the feeling of longing are recurring themes as well.

In the end The Mouse Mansion is a place with hidden layers. Important events and objects from her youth return in the books. The fact that the layers exist does not imply that what is shown and what is told need actually be analyzed. There is a boarded up window in Julia’s kitchen. It refers to an incident described by Karina in Motherless. While her mother is being bombarded by snow balls by the neighbors, the kitchen window breaks. Her mother closes it with wooden boards. In The Mouse Mansion this incident is not mentioned although the boarded up window is shown. The stratification of image and word provides the basis on which the story can exist. Nothing is there without a reason, but not everything do you need to know. The most important thing that you should know is that whatever happens there will be a happy end. That is indeed the moment the books end: when everything is all right again, evening falls and Sam and Julia go to sleep. 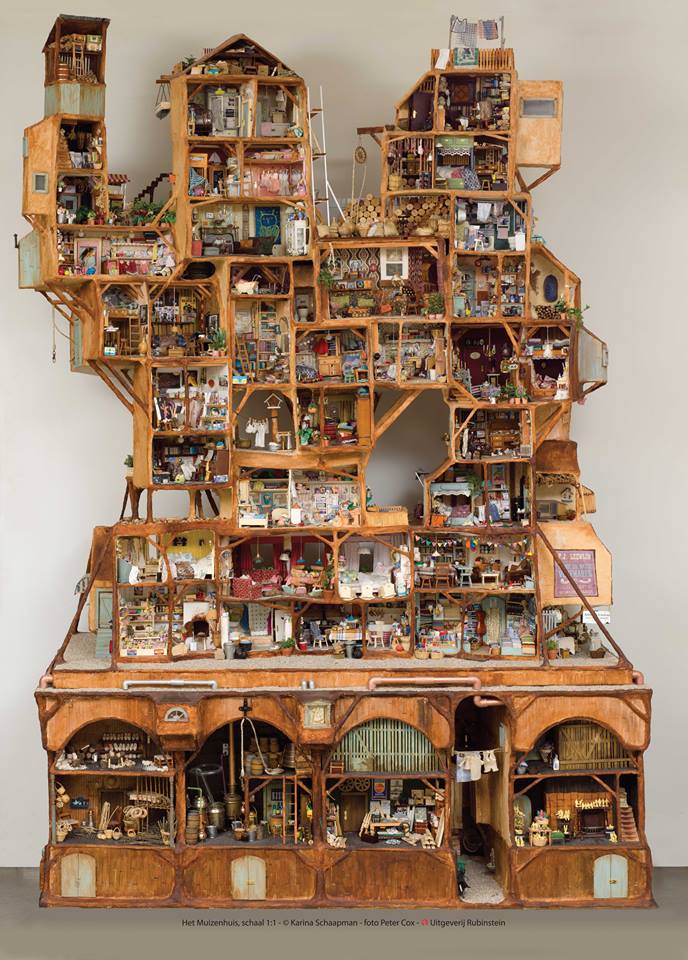