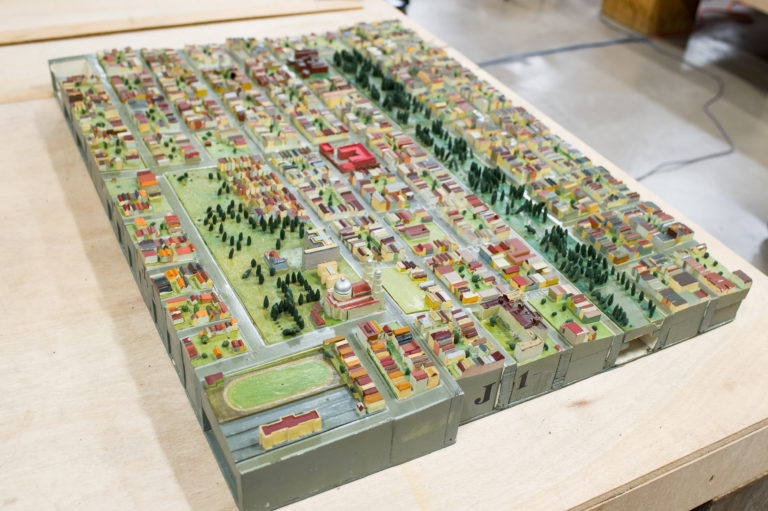 The city of San Francisco is a living form, constantly changing and evolving,: from its genesis as the country’s leading gold rush destination to its current status as the technology and information center of the world. Yet as the city increasingly becomes a hub for global capital, access to city services, infrastructure, and housing has drastically diminished for many people. Notions of civic participation and inclusion in San Francisco have also undergone profound changes, prompting questions around how to make and protect space for living.

Take Part seeks to create a shared public vision of the city by anchoring discussions about its past, present, and future, as well as its challenges and opportunities, to a tangible object—a thousand-square-foot scale model of San Francisco built in the late 1930s—at the city’s public libraries.

This model, a detailed wooden replica of the city of San Francisco at a scale of one inch to one hundred feet, was built by the Works Progress Administration (WPA) in the late 1930s, under the New Deal. It was first displayed in sections in the Golden Gate International Exposition on Treasure Island in 1939. From 1940 to 1942, it was displayed in City Hall. The model was used as an urban planning tool by city agencies and departments through the 1960s. The downtown portion then became a research and planning tool in the Environmental Simulation Laboratory in the College of Environmental Design at the University of California, Berkeley. The model has not been on public view in its entirety since 1942. 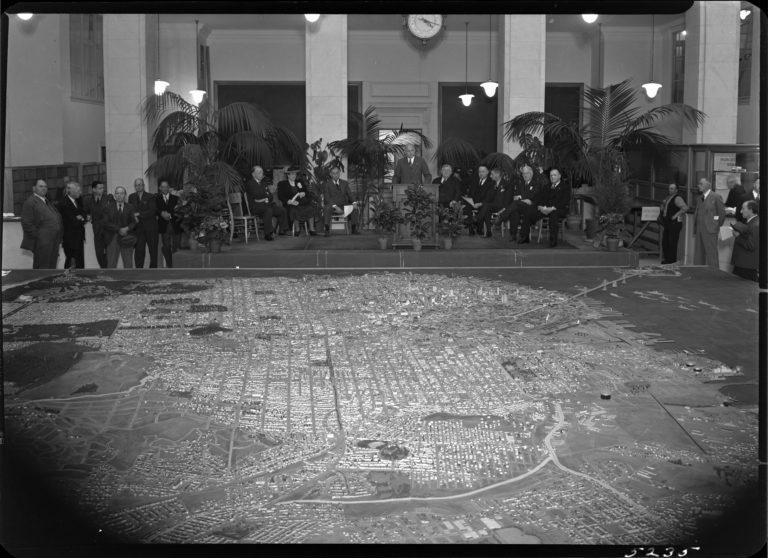 Take Part will reimagine San Francisco by way of its people through public events and programs that will involve the participation of librarians, urban planners, cartographers, social geographers, historians, students, and—we hope—you! Take Part invites you to experience the model, reflect on your relationship to the city, and imagine the city’s possibilities.

The title of Take Part comes from “Taking Part,” a community planning workshop process created in the 1970s by Lawrence and Anna Halprin, a landscape architect and dancer/choreographer, respectively. The workshops encouraged “collective creativity,” or people working together in groups to solve complex problems. Collective creativity can be applied to a range of interactions, including personal communications, city planning, education, and community development.

Take Part encourages collective creativity by sharing ideas, soliciting advice and knowledge from across layers of society, involving a multitude of voices in discussions, and inviting participants from diverse backgrounds, skills, and ages to infuse the model with their perspectives. 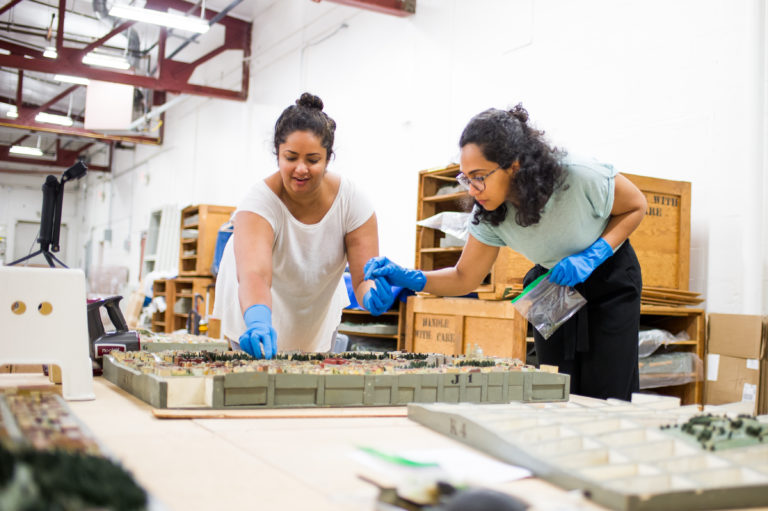 During the summer of 2018, all six thousand blocks of the city model were cleaned and audited, neighborhood by neighborhood, by SFMOMA staff and volunteers. Community members, including librarians, city planners, writers, artists, and friends, visited the model throughout this process and had conversations about the ways that cities change over time and the evolving character of San Francisco’s neighborhoods.

From January 25 through March 25, 2019, sections of the model will be publicly exhibited throughout the branches of the San Francisco Public Library. Each neighborhood will be on display in its corresponding library, including the twenty-seven neighborhood branches, the main branch, and the temporary branch at SFMOMA. Events and programs have been developed according to each neighborhood’s interests and focus on key themes, broadly related to publicness and civic participation. Everyone is invited to gather around the model, learn about the city’s hidden past, and discuss their neighborhoods. Activities for a range of ages will include site-specific storytelling, town hall discussions, history nights, virtual tours, neighborhood walks, bike rides, mapmaking, and more.

The future of the model is up to you. The dream is for the scale model of San Francisco to be put on public display in its entirety, allowing for different audiences and participants to come together to find new ways to imagine, perform, and participate in shaping, formulating, and speculating what living in this city could or should be. Sign the petition on the project website and follow along to see our progress toward making this happen, and learn more about how you can help.

Northwestern Loop: From “Inside” to Outside Lands and Back Bike Tour
Saturday, February 23, 11 a.m.