Guus Kuijer's The Bible for Unbelievers at the Frankfurt Book Fair

On Thursday September 22, there will be a book presentation and book give-away of Guus Kuijer’s The Bible For Unbelievers, during ‘The Frankfurt Book Fair’ kick-off event in New York. The theme of this event is ‘This is what we share’ and will take place at the Flanders House, to celebrate Flanders and the Netherlands as this year’s Guest of Honor countries at the Book Fair this fall.

About The Bible For Unbelievers

Kuijer explores the nagging loneliness of the universe before creation. He asks if man and woman are indeed God’s handiwork or vice versa. The entire cast of characters in this Bible is imperfect, a little lawless, and at times fumbling and jealous—God included. Kuijer’s afterword tells us that no story can “come to life unless the storyteller makes it his or her own.” There’s a charming invitation in these pages for us all to dare to revisit our founding myths and the roles we play in them. 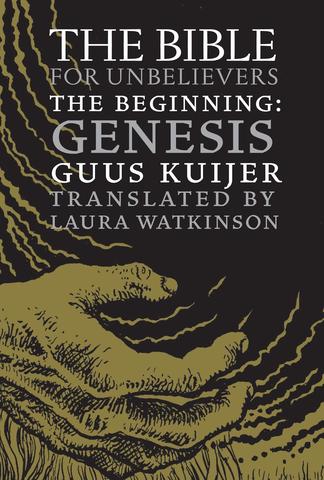 Guus Kuijer was born in Amsterdam in 1942, and is one of the most popular writers for both children and adults in the Netherlands, where he is perhaps best known for his Madelief and Polleke series of books. Polleke was made into a successful movie. He has won numerous major awards and his works have been translated into several languages, with several of his books being made in successful plays, The Book of Everything being staged in Australia for several years now, and was also staged in New York. In 2012 Kuijer won the prestigious Astrid Lindgren Memorial Award for his writing for children, and in 2014 he was shortlisted for the prestigious AKO Literature Prize for adult fiction. Kuijer currently resides in Zuidschermer, a small, rural town in the Netherlands.

About the Frankfurt Book Fair

The Frankfurt Book Fair is the international publishing industry’s biggest trade fair – with 7,100 exhibitors from more than 100 countries, around 275,000 visitors, over 4,000 events and approximately 10,000 accredited journalists – including 2,000 bloggers – in attendance. It also gathers key players from other media, including the film and games industries. Since 1976, the Book Fair has featured an annual Guest of Honour country, which showcases its book market, literature and culture to attendees in a variety of ways. The Frankfurt Book Fair organises the participation of German publishers at around 20 international book fairs and hosts trade events throughout the year in major international markets. With its Business Club, the Frankfurt Book Fair offers essential services and an ideal setting for the activities of publishers, entrepreneurs, pioneers, experts and visionaries. The Frankfurt Book Fair is a subsidiary of the German Publishers & Booksellers Association. www.book-fair.com