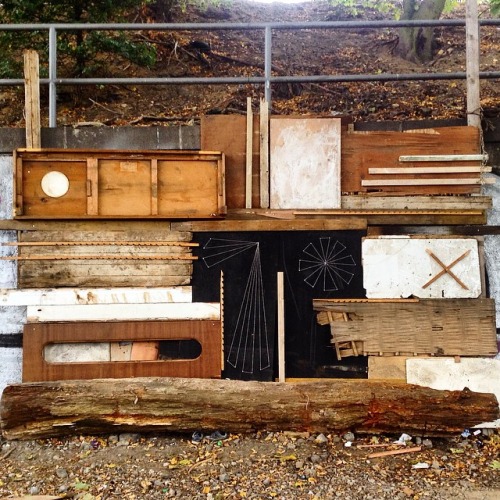 From December 2-7, 2014 Amsterdam-based Galleries Andenken and Kallenbach, in collaboration with Miami-based Catapult [13] Creative Studios will present the Bridge: The Dutch Pavilion exhibition with work by 15 Dutch artists

From December 2-7, 2014, Amsterdam-based Andenken Gallery and Kallenbach Gallery will collaborate with Miami-based Catapult [13] Creative Studios to bring a showcase of Dutch talent to Miami during Art Basel 2014. Titled “Bridge: The Dutch Pavilion,” it is a follow-up to their 2013 collaborative project “Caleidoscoop,” and again will bring an impressive roster of extraordinary street, mural and ‘new contemporary’artists.

The “Bridge” expo will present talent of both native and transplant Netherlands makers, as well as the curatorial talent of two young outstanding gallerist from Amsterdam: Hyland Mather of Andenken, and Nanna Kassenaar of Kallenbach. The exhibition is directed and produced by Catapult [13], a Miami-based creative studio led by Rodrigo Londono. The exhibition will take place in a beautiful space in the Miami design district, and will include work by Wayne Horse, Graphic Surgery, OVNI – Anna Taratiel, SIT, X-O, Raymond Lemstra, Rocco Pezzella, Siard Bijkersma, Joram Roukes, Stefan Glerum, Silas, Sigrid Calon, Erosie, Lennard Schuurmans, Amanda Marie, Deedee Cheriel, Hyuro, and Spencer Keeton Cunningham. A number of these artists will also produce murals in the nearby Wynwood District.

Andenken Gallery and Kallenbach Gallery will also present artists from their stable at the Scope Miami Beach Fair, which will once again be situated on historic Ocean Drive, Miami Beach.