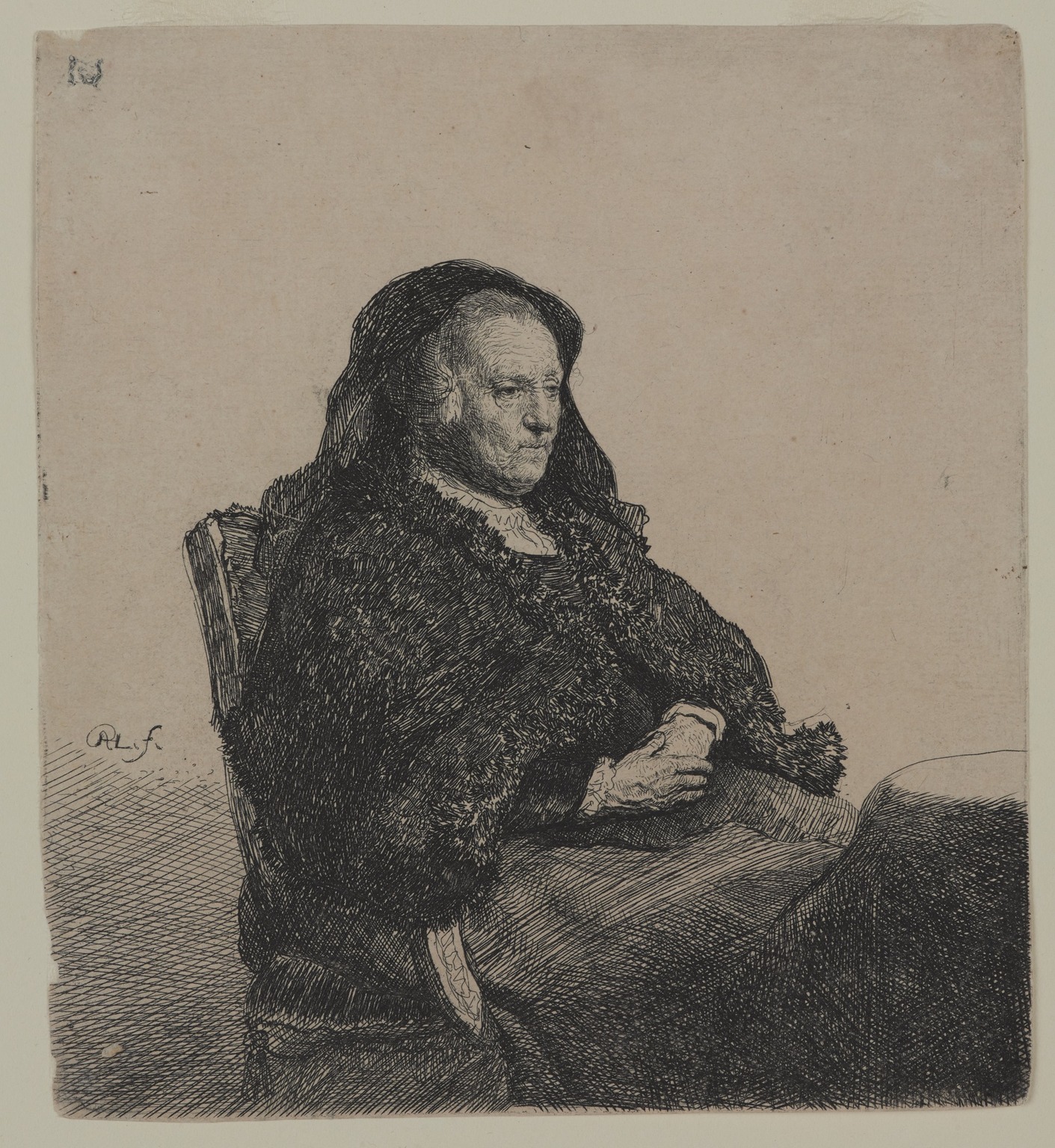 Showcasing the breadth of the Brooklyn Museum’s exceptional works on paper collection, Rembrandt to Picasso: Five Centuries of European Works on Paper highlights more than one hundred European prints and drawings, pairing masterworks by renowned artists such as William Blake, Albrecht Dürer, Francisco Goya, and Vincent van Gogh with lesser known, rarely seen drawings, prints, and watercolors. Works on view feature intimate portraits, biting social satire, fantastical visions, vivid landscapes, and more, and are organized into four broad chronological sections spanning the early sixteenth through the early twentieth centuries. The exhibition is presented in conjunction with One: Titus Kaphar, which examines and recasts the individuals and histories that are often marginalized throughout Western art. This strategic pairing is part of the Brooklyn Museum’s focused commitment to presenting exhibitions that challenge how history is told through art, and to confronting the biases traditionally ingrained in these narratives. In an effort to encourage further conversation between the two exhibitions, commentary and reflections by Kaphar will accompany selected works on paper in Rembrandt to Picasso, helping to shift the viewer’s gaze and to question who had a voice in the past—and who has a voice in the present. Rembrandt to Picasso: Five Centuries of European Works on Paper is curated by Lisa Small, Senior Curator, European Art, Brooklyn Museum, and is on view from June 21 through October 13, 2019.

“There is an intimacy and immediacy to works on paper that seems to bring us nearest to an artist’s vision and process. I’m thrilled for our audiences to have close-looking encounters with these highlights from Brooklyn’s extensive collection of European works on paper, which are rarely exhibited because of light-sensitivity. These prints and drawings are examples of extraordinary technical achievement and vivid artistic experimentation, but they also offer an opportunity to explore compelling and provocative themes that continue to resonate today.” Lisa Small, Senior Curator, European Art, Brooklyn Museum

The exhibition begins by exploring the rise of paper and print culture in the sixteenth and seventeenth centuries. With paper’s increased availability and the advent of printed images—first through woodcuts and engravings, then etchings—it became possible to create multiple images that could be widely circulated and consumed. This gave rise to an expanded market for works on paper and expressive possibilities for artists like Albrecht Dürer, whose technical skill and dramatic manipulation of the medium elevated printmaking to an independent art form. A series of works by Dürer, including a large-scale, eight-part woodcut print, are on view in this section, alongside works by Rembrandt van Rijn and Wenceslaus Hollar. 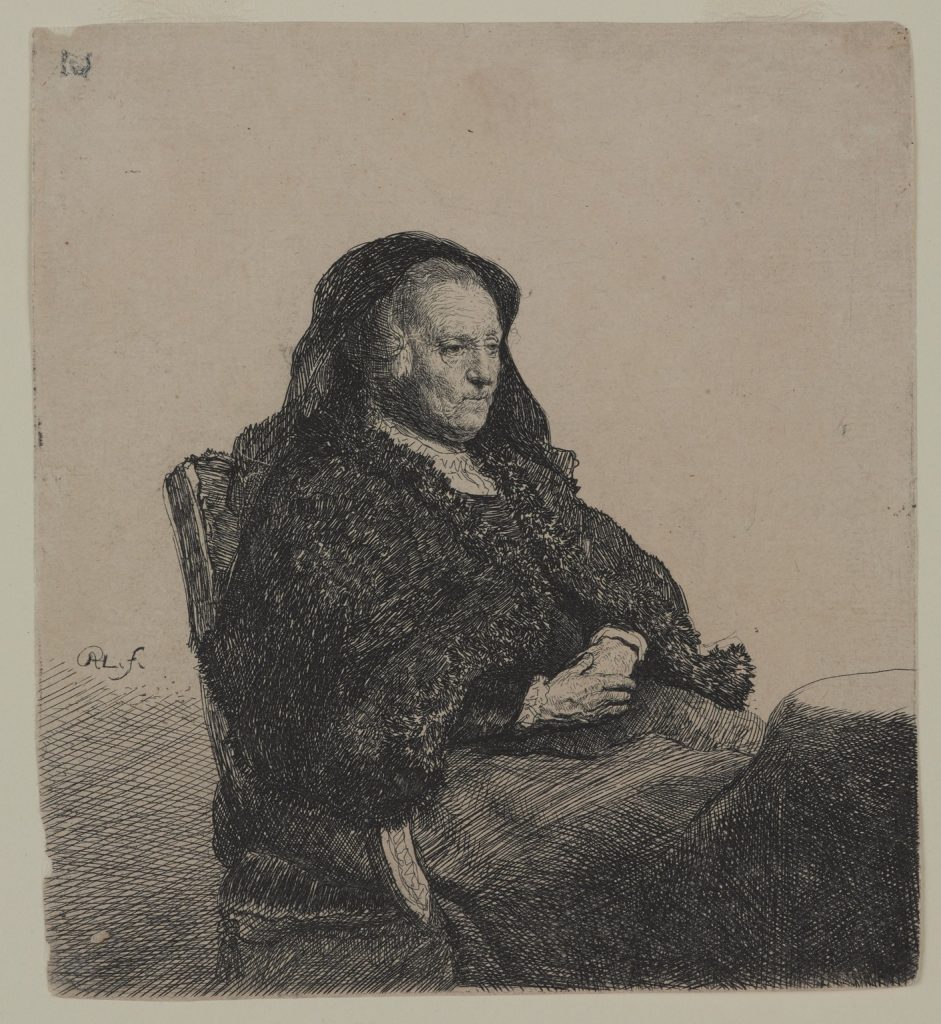 The second section highlights the work of artists who were active during the Enlightenment, an era that embraced intellectual and social reforms over tradition and superstition. Artists in the eighteenth century used printmaking to offer commentary on the world around them. Two prints by British artist William Hogarth are on view in this section: Gin Lane and Beer Street, both from 1751. Hogarth’s widely distributed satirical engravings memorialized the grim realities of London’s urban poor, and became part of the impetus for reform efforts. At the turn of the century, artists like Francisco Goya and William Blake began to question Enlightenment ideas of reason and rationalism and instead embraced the subjectivity and emotion of Romanticism, the first major artistic movement of the modern age. A number of highlights from the Brooklyn Museum’s collection are included here, including Blake’s The Great Red Dragon and the Woman Clothed with the Sun (1803–5), a group of etchings from one of Francisco Goya’s most acclaimed series, Los Caprichos (The Caprices) (1797–98), and two etchings from Philipp Otto Runge’s rare cycle Times of Day (1803–5), which expressed the harmony of the universe through symbolism and allegory.

The exhibition’s final two sections explore the ways in which technical innovations and modern aesthetic movements shaped artists’ work. The late eighteenth century saw the invention of lithography, which allowed artists like Eugène Delacroix, Honoré Daumier, and Théodore Géricault to immediately capture their own drawings in a range of tones and textures. Later, a revival of the more painterly, stylistic use of etchings encouraged artists such as Camille Corot, Édouard Manet, Berthe Morisot, and Edgar Degas to use the medium, as well as graphite, watercolor, and pastel, as a vehicle for compositional and technical experimentation. Delicate works in color appear in this section, including Édouard Manet’s The Equestrienne (L’Amazone) (1875–76) and Woman Drying Her Hair (Femme s’essuyant les cheveux) (1889), by Edgar Degas.

Works on view by Vincent van Gogh, Paul Gauguin, and Paul Cézanne from the late nineteenth century demonstrate a shift from naturalism to a more gestural, expressive aesthetic. By the early and mid-twentieth century, and shaped by the trauma of a world war, artists like Vasily Kandinsky, Erich Heckel, and Käthe Kollwitz fully embraced this new style of Expressionism and exhibit a more graphic vocabulary of angular, distorted forms to communicate meaning. A number of geometric abstract lithographs by El Lissitzky from the series Victory Over the Sun (1923) demonstrate the period’s tensions between pure abstraction and representation.

European artists were also influenced by encounters with the artistic style and peoples of Africa and the South Pacific. Paul Gauguin’s Tahitian Woman (1894) and Emil Nolde’s South Sea (1915) are on view, along with Karl Schmidt-Rottluff’s woodcut of a kneeling woman and Pablo Picasso’s Nude Standing in Profile (1906), an early example of how ancient Iberian art influenced his work.

Rembrandt to Picasso marks more than one hundred years of collecting European works on paper at the Brooklyn Museum. The Museum’s earliest purchase, in 1900, was a group of watercolors by the French artist James Tissot, three of which are on view in the exhibition. Over the years, the Museum has built a collection of European prints and drawings that reflects the traditional Western canon. The cultural conditions under which art was traditionally made and validated in Europe offer only a partial history—with an imbalance in representation of women artists and artists of color. These issues are explored in the concurrent focus exhibition, One: Titus Kaphar, which highlights Kaphar’s monumental painting Shifting the Gaze (2017). Commentary by Kaphar, which is drawn from conversations he had with the curators of both exhibitions, accompanies a select number of prints and drawings in Rembrandt to Picasso, posing questions about familiar works and providing a context in which to view them in new, unexpected ways.