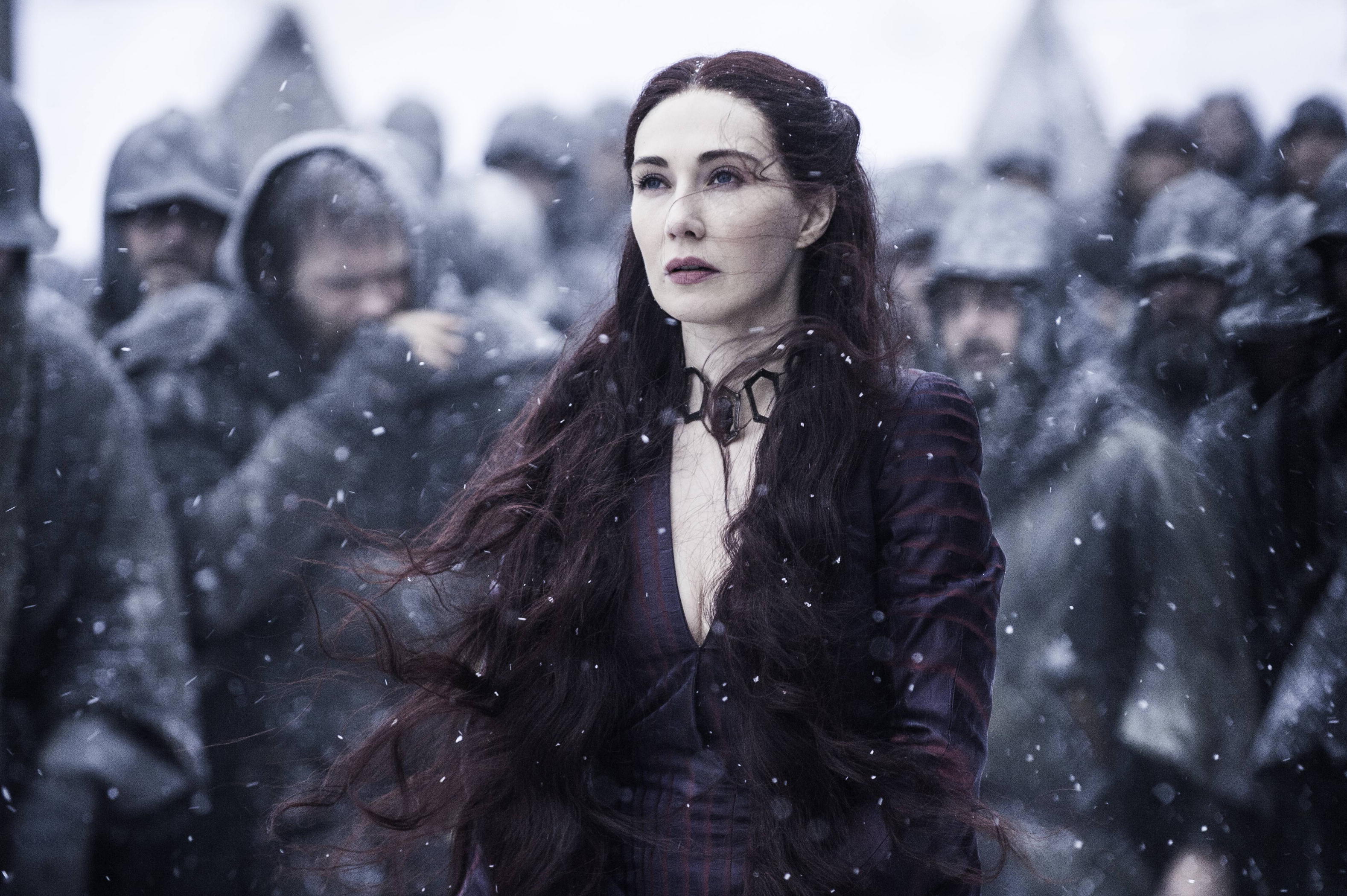 On April 12, the HBO series Game of Thrones, based on the books by George R.R. Martin, will return for its fifth season with Dutch actress Carice van Houten as Melisandre and Dutch actor Michiel Huisman as Daario Naharis.

Summers span decades. Winters can last a lifetime. And the struggle for the Iron Throne continues.

It stretches from the south, where heat breeds plots, lusts and intrigues, to the vast and savage eastern lands, where a young queen raises an army. All the while, in the frozen north, an 800-foot wall of ice precariously protects the war-ravaged kingdom from the dark forces that lie beyond. Kings and queens, knights and renegades, liars, lords and honest men…all play the ‘Game of Thrones.’

An original series based on George R.R. Martin’s best-selling ‘A Song of Ice and Fire’ series. Winter returns to HBO in Spring 2015.

In her native country The Netherlands, Carice van Houten (1976) has become one of the most beloved actresses. She won several awards, including Best Actress at Tribeca Film Festival for her role in ‘Black Butterflies’ in 2011, four Dutch Golden Calves for Best Actress and was voted ‘Best Dutch Actress of All Time’ by the Dutch audience in 2008. Her stunning performance in Paul Verhoeven’s war epic ‘Black Book’ marked the beginning of Carice’s international breakthrough. In the Tom Cruise/Bryan Singer film ‘Valkyrie’, she stars in the female lead as Nina Von Stauffenberg. In the summer of 2011 Carice joins the cast of HBO’s hit series Game of Thrones.

Michiel Huisman is a Dutch actor who became known to international audiences as musician Sonny on the HBO series Treme. Prior to landing his breakthrough role, however, he became visible on the Dutch television scene for his roles on Costa! as Bart, Spangen as Pelle, Meiden van de Wit as Boudewijn Peuts, Bloedverwanten as Martijn Zwager and De co-assistent as Hugo Biesterveld.

Some of Huisman’s film credits include Black Book, First Mission and The Young Victoria. Aside from being an actor, he is also a singer and composer who has released his debut album Luchtige Verhalen in 2005.

Recently, Huisman was cast on Nashville, Game of Thrones and Orphan Black.