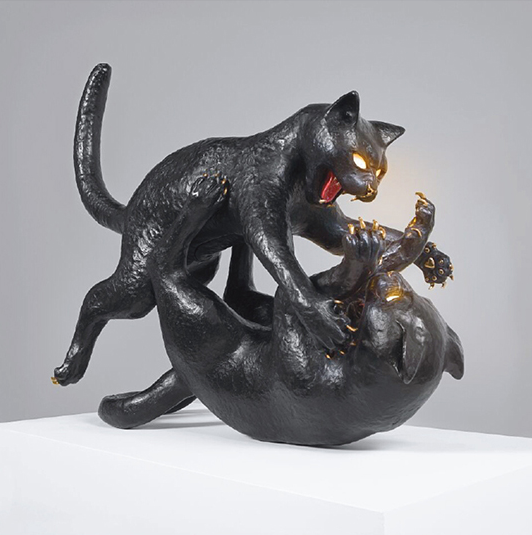 Joep van Lieshout: sculptor, visionary, enfant terrible, entrepreneur. At sixteen, Van Lieshout was accepted at the Rotterdam Academy of the Arts. After graduating, he rose to fame quickly, with projects that travelled between the world of easy-clean designs and the non-functional area of art: sculpture and installations, buildings and furniture, utopias and dystopias.

In 1995 van Lieshout founded his studio, Atelier Van Lieshout; ever since, he has been working under the name of the studio to undermine the myth of the artistic genius. Over the past two decades, Atelier Van Lieshout has produced a veritable cornucopia of works which straddle art, design and architecture. What these works have in common are a number of recurring themes, motives and obsessions: systems, power, autarky, life, sex, death. The human individual in the face of a greater whole. With this body of work, he has exhibited at museums and galleries worldwide. 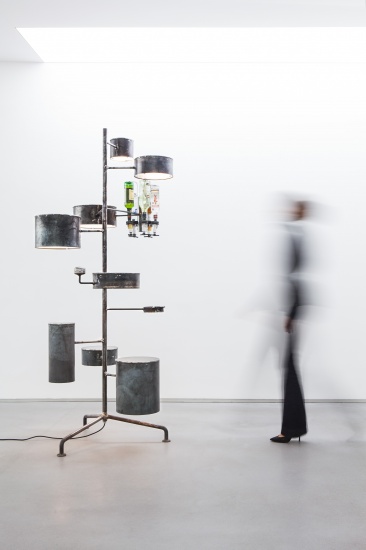 The human body is a motif that frequently re-occurs in their oeuvre. Joep Van Lieshout has commented that he considers the body to be ‘divine architecture’. For him, to incorporate bold organic structures into all facets of his practice is natural. Jubilee Tree (2009) and Body Table I and II (2009), distort the human form so it becomes an unconventional medium for the everyday object, inverting the principles of function. AVL often depict sexual organs in works such as Family Lamp (2007), PappaMamma Lamp (2009), and Fertility Lamp (2009), which explore concepts of both life and death. AVL is also renowned for creating large-scale, freestanding structures such as Wombhouse (2004). The spectator is invited to interact with interior spaces and internal organs. In doing so, there is an element both of the taboo and of wish fulfillment.

Frederik Molenschot, a graduate from Design Academy Eindhoven, has recently joined the team of artists featured at Carpenters Workshop Gallery and is fast becoming a household name. The founder of Studio Molen, he is a blur of constant energy, forever creating and developing new ideas, inspiring people and enticing them into his world. Frederik Molenschot graduated in “Man & Public Space” from the notorious academy where he focused on connecting people and their environments. 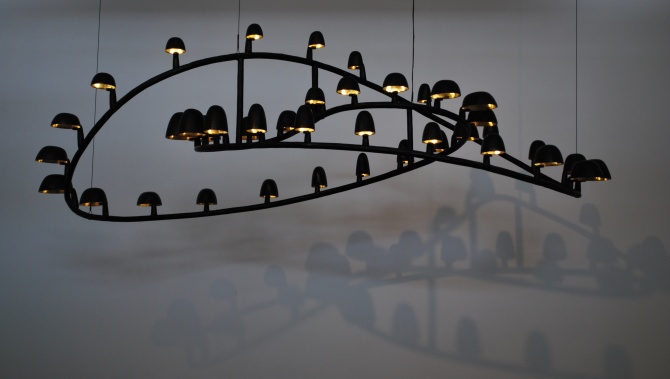 Not unlike many artists featured at Carpenters Workshop Gallery, Frederik Molenschot handcrafts his artworks with an incredible energy and prolific diversity. With this fusion of energy, he transcends the viewer’s senses to a new level. He aptly describes this experience of sensory enlightenment as “a trip to the light fantastic.”

“If you’re an architect, your world is a building, a graphic designer works on a newspaper or a wall, while a landscape architect plays with nature itself. I try and draw all these worlds together and see what happens when they meet.” Frederik Molenschot currently works in Amsterdam.

“People find the time to look at art within a gallery setting, but the world is one big exhibition if you only care to look”. Lonneke Gordijn

Studio Drift is an artist studio founded in 2006 by Ralph Nauta and Lonneke Gordijn. They explore the relationship between nature, technology and mankind. Their philosophy is based on creating a dialogue between opposites: nature and technology, knowledge and intuition, science fiction and fairylike poetry. They draw their inspiration from nature as a starting point both in a formal and a philosophical way, while the creative process is fuelled by innovative techniques they research. 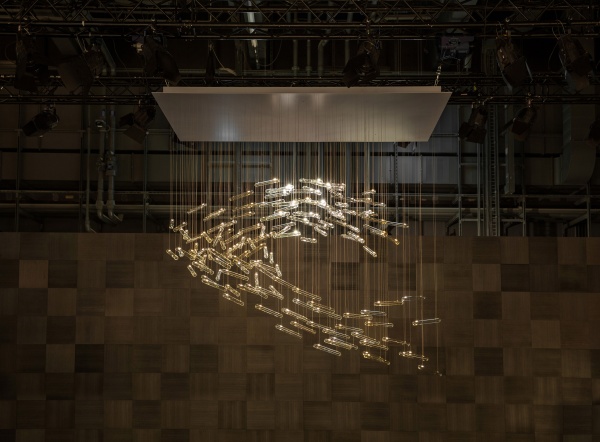 Their work comes to life by continuous collaborations with scientists, university departments and research facilities, computer programmers and engineers; the results are truly innovative and ground-breaking projects. A testament to the cross-pollination between the technically advanced and the aesthetically beautiful; permeated with awareness of future potentials. Their sculptures are dazzling site-specific art installations, reacting directly to human behavior but questioning it at the same time. While their visual language is characterized by dreamy and poetic aesthetics, the concept behind the works is often based on an unexpectedly critical engagement. Light is a key element in their work, but is always treated as an artistic ingredient rather than a functional tool to illuminate.

“We want to encourage people to see things that they no longer notice; to reach a kind of unconscious recognition that everyone instinctively feels and understands, yet have lost the time for.’’ Ralph Nauta

Soulmates Job Smeets and Nynke Tynagel founded Studio Job in 2000. This studio in the Renaissance spirit is where traditional and modern techniques are combined to produce once-in-a-lifetime objects. In Studio Job, craftsmanship is more important than quantity and extreme designs take precedence over middle-of-the road options. Job Smeets: “We want to build up an oeuvre, not score a few hits.”

They started the studio after graduating from the Dutch Design Academy in Eindhoven; in the fifteen years since then, they have developed into the contemporary pioneers of personal expression. Technique, science and ornamental designs come together in Studio Job’s examples of Gesamtkunstwerk. Job Smeets likes to call their style ‘New Gothic’, with perfectionism and uniqueness as its key features. Nynke Tynagel talks of a symphony orchestra where a cohesive piece of music is created from an abundance of different sounds. For a good twenty-five guilds are represented in Studio Job’s lab, from traditional craftsmen such as sculptors, furniture makers, painters and specialists in casting bronze or making stained-glass windows to modern professionals who are adept with lasers and 3D printing.

Works by Studio Job can be found in more than forty museums around the world. The design duo have had dozens of solo exhibitions. They also regularly act as curators, as they did recently for the New York gallery Chamber. Their iconic, heraldic and cartoon-like sculptures are popular with collectors. Proclaimed one of the most influential design teams by the Financial Times, Studio Job is passionate about building up an oeuvre that is becoming increasingly extravagant in its details and increasingly personal. The motto is Maximalism, the aim to put fiction in charge. The results range from the royal stamp featuring the Dutch king, Willem-Alexander, (40 million stamps produced) to the unique life-size bronze sculptures on Miami Beach, from the one-off Wunderkammer curiosity cabinet that Studio Job produced for Swarovski in Innsbruck to the global campaign for Tokyo chocolatier Godiva. All Studio Job projects are distinguished by a love of detail, freedom of expression and blend of 2D and 3D. They are often asked which one does what. But they don’t think “who does what” is important. Job and Nynke are united in their desire to make objects that are ageless. This they do with the help of a fantastic team and with unflagging fervour.