From Oct 10, The Dutch artist Cecilia Vissers presents an exhibition at the Inde/Jacobs Gallery in Marfa, Texas.

The Dutch artist Cecilia Vissers presents an exhibition at the Inde/Jacobs Gallery in Marfa, Texas. The exhibition will be on view from October 11 until January 10 (2016). 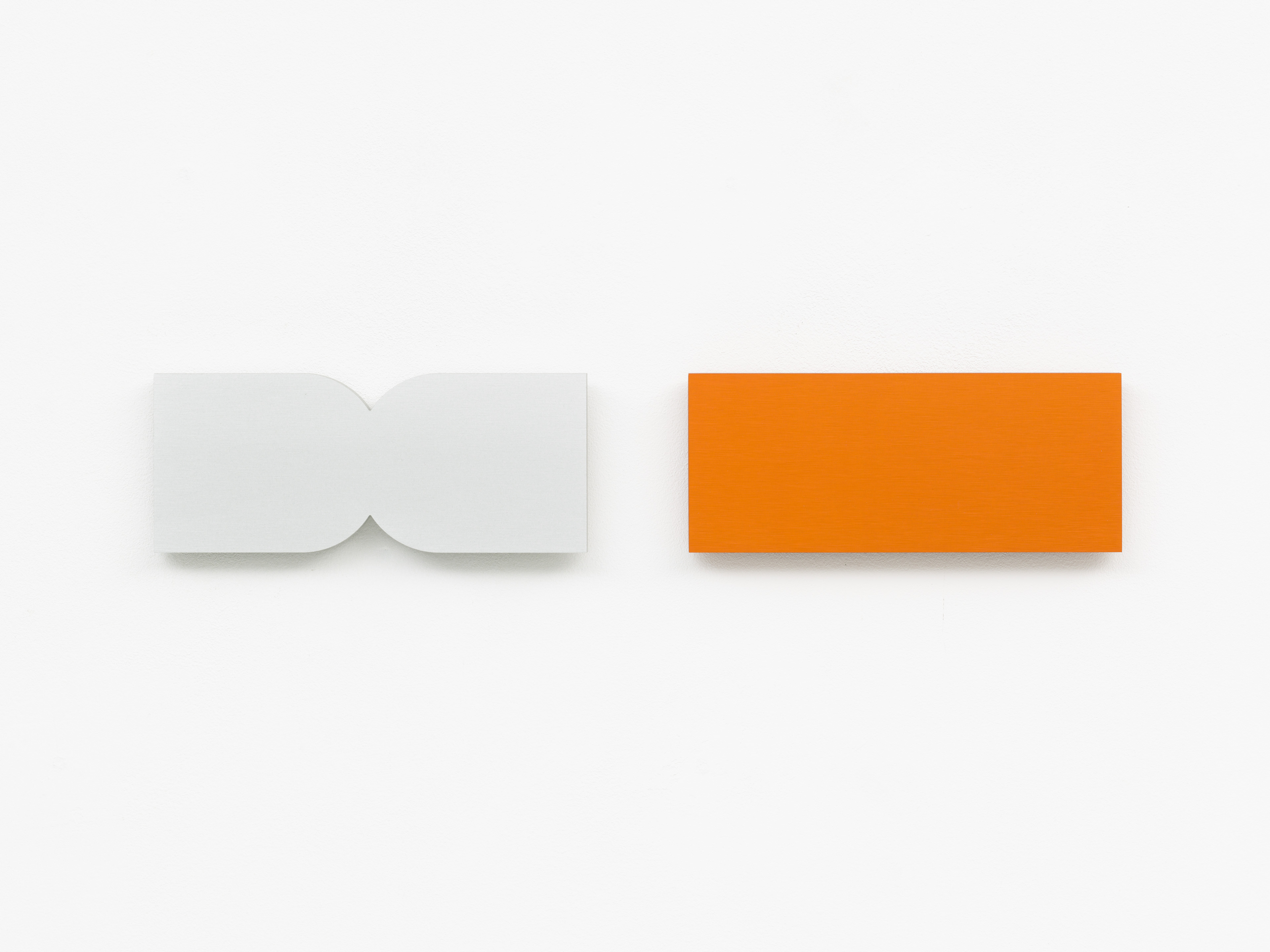 Since 2006 Cecilia Vissers has been working with anodized aluminum and steel. Her wall-mounted sculptures are precision cut from solid slabs of metal, and subjected to complex industrial processes that give them their distinctive patina. The surfaces of the steel sculptures feature cloudy blooms of blue and grey, while the aluminum undergoes up to fifteen different types of treatment, including etching, brightening and sealing. The result is a highly distinctive bright orange hue, which derives directly from the chemical composition of the aluminum.

Vissers works closely with specialist metal fabricators in the Ruhr district in Germany, who are able to attain remarkable levels of accuracy in the realization of her designs. Although from a distance these works resemble weightless shapes, they are also extremely heavy objects. Vissers’ commitment to metal dates back to the beginning of her career. When she left art school in the Netherlands she found herself a studio in an old forge. A blacksmith, who was still working in the building, introduced her to the tools of the trade and instilled in her a lifelong fascination with the ancient art of working this material. 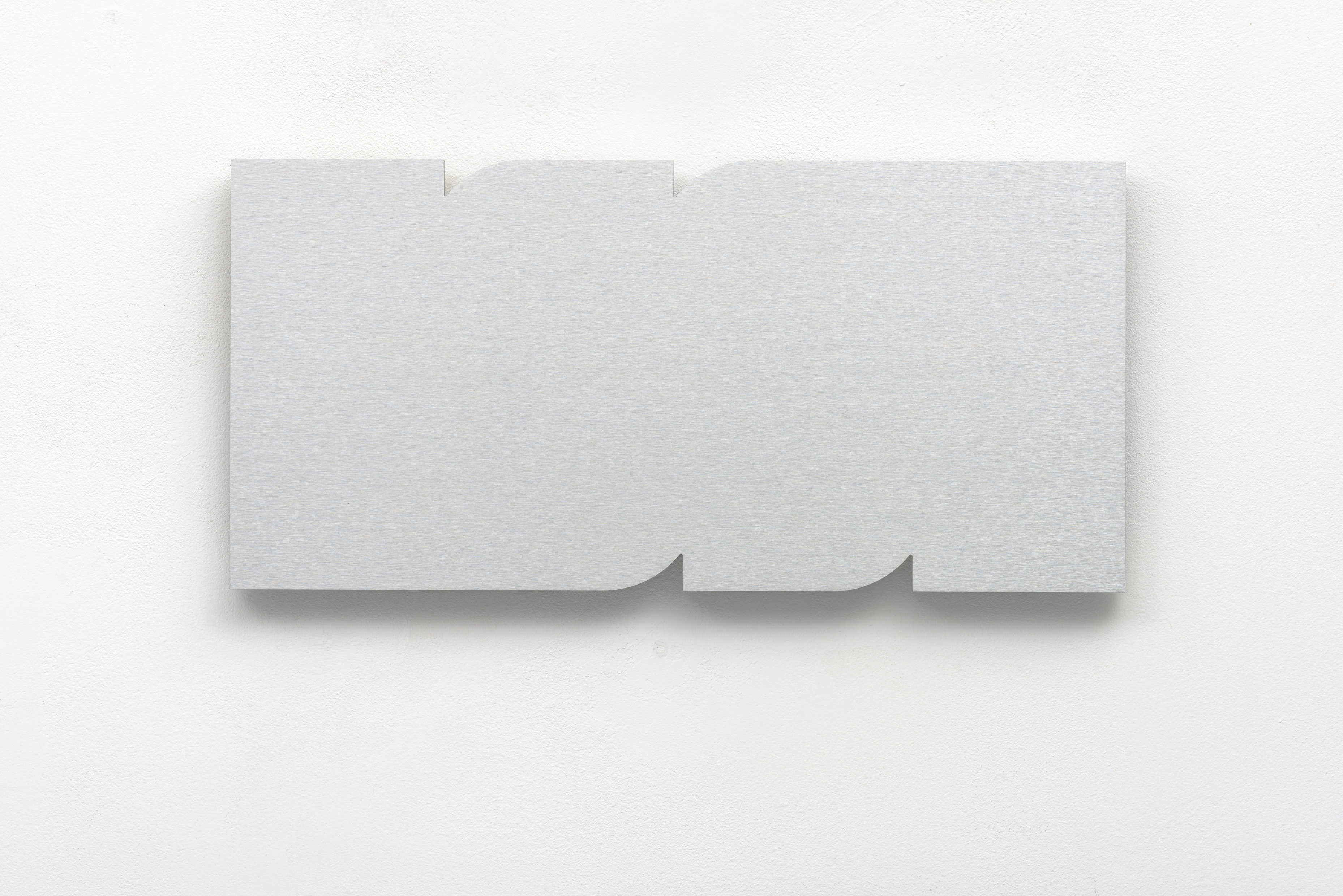 One of her earliest attempts to slice into steel plate involved using a powerful hand-held jigsaw. She made two incisions, which resulted in a notch being removed from one of the longer sides. The curved cut, which jigsaws are specially designed to produce, yielded a striking shape, which she chose to explore in her future work. It has become a decisive hallmark of her mature style and the majority of her metal reliefs incorporate modest excisions from square and rectangular forms. Vissers frequently creates reliefs in pairs or series, and, by varying the size and location of the cuts, she develops nuanced, contrapuntal rhythms.

The commitment to absolute technical precision, which these sculptures exhibit, would undoubtedly have appealed to the exacting production standards of Donald Judd. Vissers’ approach to making art has much in common with the pared down language of American minimalism, with which artists such as Judd and Dan Flavin are now associated. But her work also belongs to an older tradition of geometric abstraction that derives inspiration from the natural world. Vissers is particularly drawn to the rugged coastal landscapes of Scotland and Ireland, and has often made associations between the formal properties of her sculptures and the wild qualities of these environments. These correlations exist for her at an experiential level. She has spoken, for instance, of the simple challenge of standing upright in high winds on a narrow coastal path in County Mayo in Western Ireland, and has suggested that her works also explore similar physical sensations relating to the attainment of balance and steadiness. When she uses symmetry in her relief sculptures she is not invoking idealized, otherworldly values. She is addressing our tangible experiences of actual topographies, and the sublime joys that we encounter when immersed in the wind and the weather.

Vissers lives and works in Sint-Oedenrode in the Netherlands.