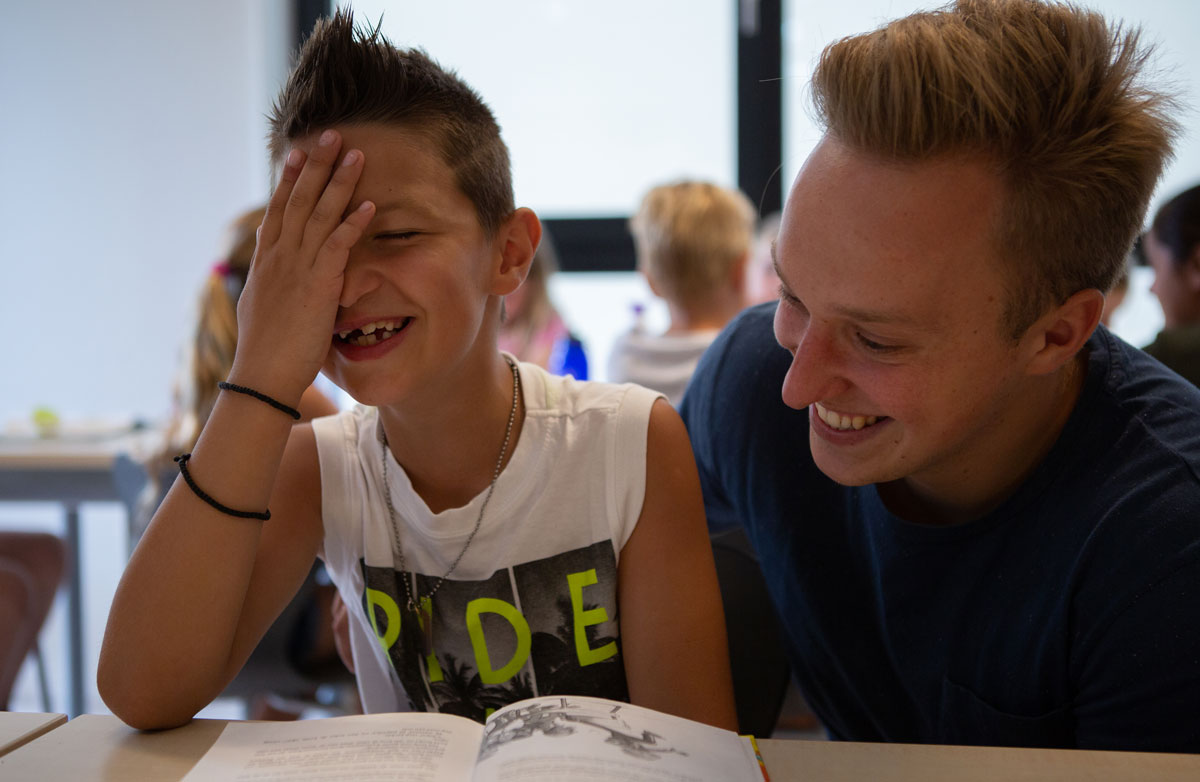 The 22nd Annual Chicago European Union Film Festival has chosen two Dutch entries to screen this year: We is based on the coming-of-age novel by Flemish writer Elvis Peeters.

The other film screened is titled You Are My Friend (Jij Bent Mijn Vriend). This parallel sequel to the popular documentary MISS KIET’S CHILDREN revisits an elementary school classroom for immigrant children who do not yet speak Dutch, to focus on Branche, one irrepressible Macedonian boy as he grapples with a new country, new language, and new companions. On the first day of school, frightened Branche wails inconsolably for his dad, but it’s not many weeks before this charmer, popular with the little girls, is the class clown with an aggressive streak when it comes to bonding with others. Adults are largely absent from this portrait. The Latasters keep the camera at child height for an exceptionally intimate understanding of the actions and reactions of their young subjects as they learn from each other, and Branche becomes a new little man, negotiating friendship, change, and social boundaries.

You Are My Friend screenings:

The Gene Siskel Film Center selects and presents significant world cinema in a non-commercial context that sets aesthetic, critical and entertainment standards. To this end, the GSFC exhibits a range of carefully curated film art in technically excellent facilities, and educates the audience, setting film in an historical and cultural context through courses, lectures, panel discussions, and publications, and through research and collections. As an integral part of the School of the Art Institute of Chicago, the GSFC further enhances the educational mission of the school and promotes a dialogue between disciplines.