Chicago: The School of House EDM Masterclass and Showcase

Chicago: The School of House EDM Masterclass and Showcase

His Majesty King Willem-Alexander and Her Majesty Queen Máxima of the Kingdom of the Netherlands will attend the closing session of The School of House EDM “Amsterdam meets Chicago” showcase in the Pritzker Pavilion on June 2.

The Royal Couple will visit Chicago June 2-3 to recognize the strong economic ties between the city and the Netherlands, as well as to exchange ideas in the fields of science, health, and agriculture.

The School of House, a Dutch education platform for the Dance industry, is organizing the masterclass and showcase in Chicago with leading Dutch and American DJs and dance professionals. Chicago is the birthplace of house music.

Dutch EDM is recognized around the world for its innovative style and has become a leading economic and entertainment business. Dance in the Netherlands is also a thriving industry where thousands of mostly young entrepreneurs, freelancers, and employees are active. 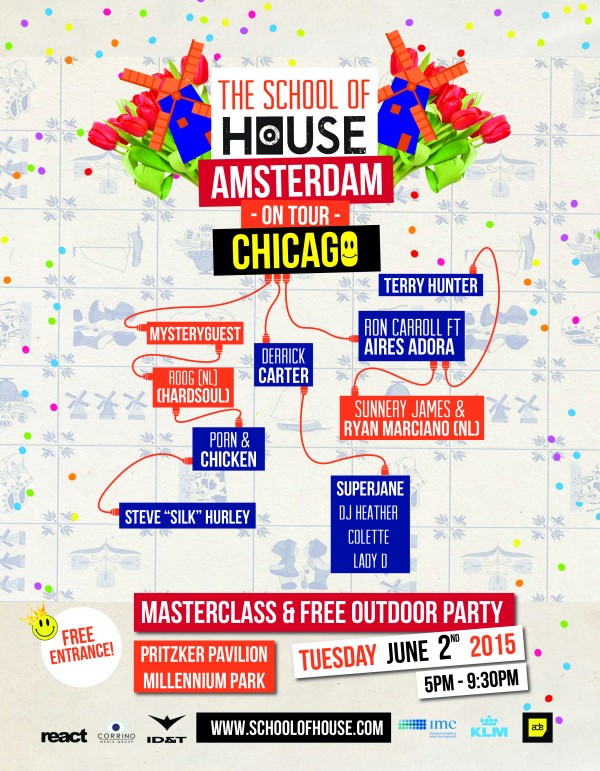