On December 17 & 18,Christopher Gabriel & Arnout Hulskamp from Children of the Light will present the Reflector Suits in Houston TX during Day for Night

On December 17 & 18, Children of the Light will present the Reflector Suits at Day for Night in Houston, TX. The suits are inspired by and are a hybrid between working suit uniforms and the “ZEROTIME” installation. Children of the Light makes an “invisible present” appearance/performance, that makes them at moments appear to be floating in space. While performing these site-specific living sculptures there is no script which allows for improvisations with the elements in the given space/surroundings.

About Children of the Light

Children of the Light is the collaboration of Amsterdam-based visual artists Christopher Gabriel (1980 Oslo) and Arnout Hulskamp (1978 Amsterdam). Gabriel and Hulskamp met at the progressive nightclub TrouwAmsterdam where they both had a residency. As a duo they tend to both entrance and mystify the public, creating abstract and highly spherical scenographies and installations.

After the DARKSIDE 2014 World Tour, Children of the Light toured with their live scenography for HOWLING. In the last years their work has been on show at the New Institute, Stedelijk Museum, GlowNext, TodaysArt Den Haag and TodaysArt Japan. At the moment Children of the Light have their studio at De School, where they have a long term residency. Their first solo show is planned for February 2017 at Gabriel Rolt Gallery Amsterdam. 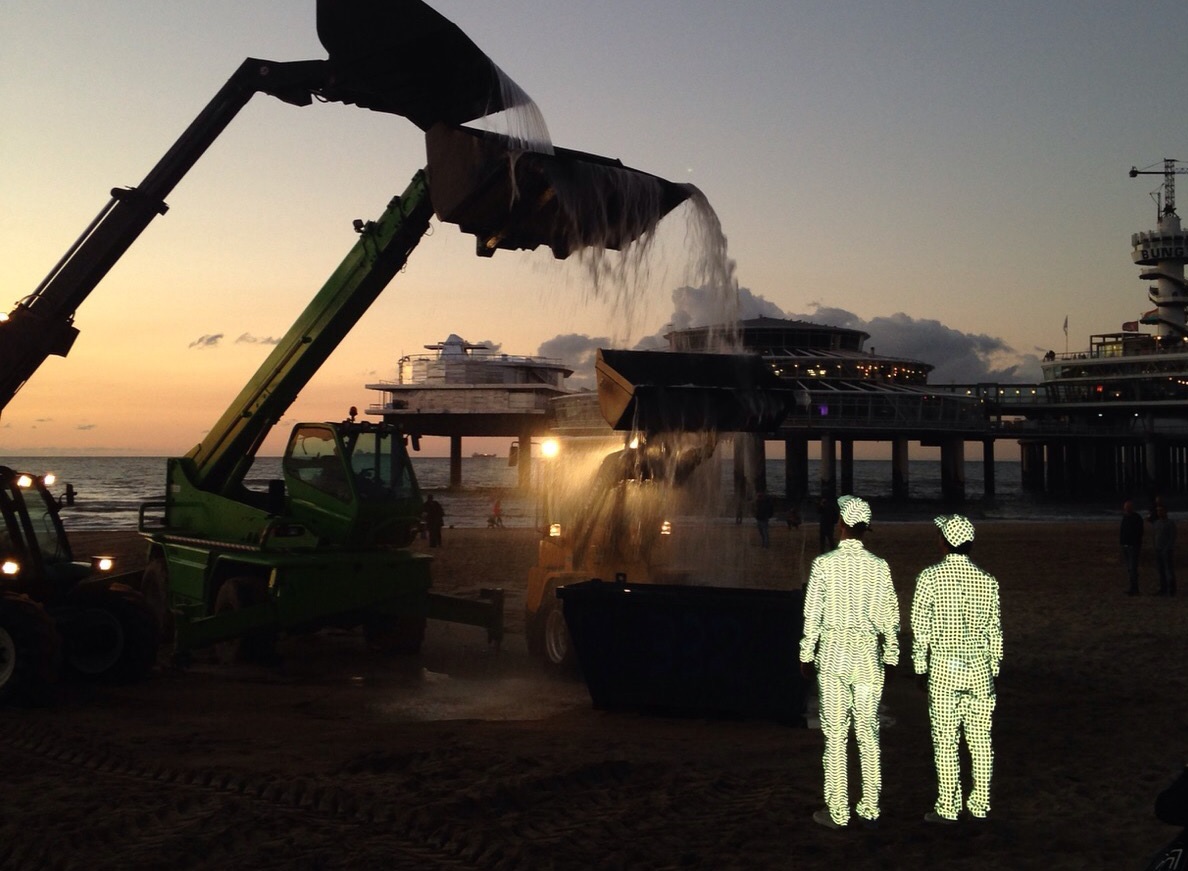 About Day for Night

Combining headlining musicians with immersive art installations, Day for Night transforms live music production by introducing new sensory experiences to the festival landscape. Day for Night is both a current snapshot of popular music, as well as a showcase for trailblazers who continue to crossover from fringe to influential. The focus across multiple musical genres is on acts that specialize in an inventive and highly visual approach to performing. The visual artists build experiences within the blurred boundaries of performance, interaction and immersive installations both indoors and out. Large scale projections and site-specific custom-built structures bring a heightened sensorial experience to new audiences.