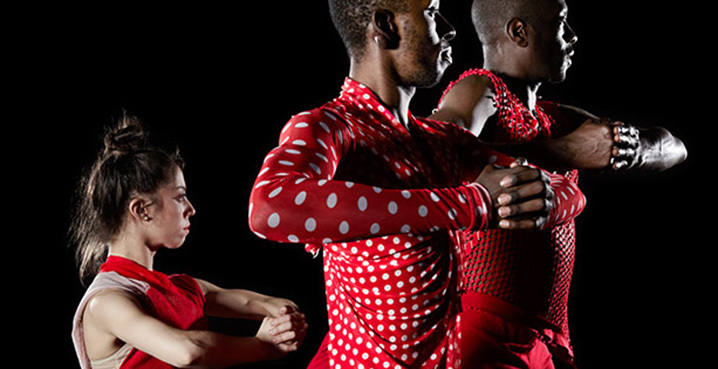 Dutch performer Clement Mensah dances in 'Moses(es)' at the Institute of Contemporary Art in Boston.

Dutch dancer Clement Mensah dances in ‘Moses(es)‘, as part of the First and Heel Performance Group, in the Institute of Contemporary Art in Boston on March 27, 28 and 29.

Moses(es), directed by Reggie Wilson, is an evening-length dance performance; it focuses on how we lead and why we follow. Grounded in Wilson’s re-reading of Zora Neale Hurston’s Moses, Man of the Mountain (the Moses story told as a Southern folk tale in African-American vernacular), and with his exploratory travels to Israel, Egypt, Turkey and Mali, Moses(es) examines the migration of peoples and culture from Africa out into the World, paying attention to the effects migration has on beliefs. Wilson’s research for this project has landed on the intersection of the origins of Monotheism and African cultures.

The movement is accompanied by a soundtrack including blues, spirituals, klezmer, calypso, and house music.

Clement Mensah moved to the Netherlands at the age of 11. After high school and graduating from CIOS (sports academy) he went to Amsterdam School of Arts and graduated in June 2008. He came to the Alvin Ailey School in 2007 as an exchange student where he received a fellowship to study. He was also a member of the Student Performing Group at the Alvin Ailey School. Clement is a former member of the Kisshoffmoves Company based in Amsterdam. He has apprenticed at the Bill T. Jones/Arnie Zane Dance Company. He has also been part of the Francesca Harper Project, Elisa Monte Dance Company, Matthew Westerby, and EVIDENCE Dance Company Company. Mr. Mensah has taught Master classes at THE ALVIN AILEY SCHOOL, Codarts (Netherlands), DANCERS’ WORKSHOP (Wyoming) and on C.A.T (Center for Advance Training) at Trinity Laban School (London) where he received his MA degree in Dance Performance. 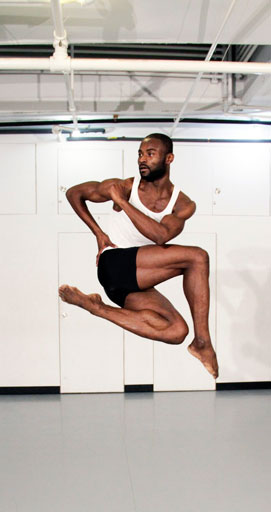