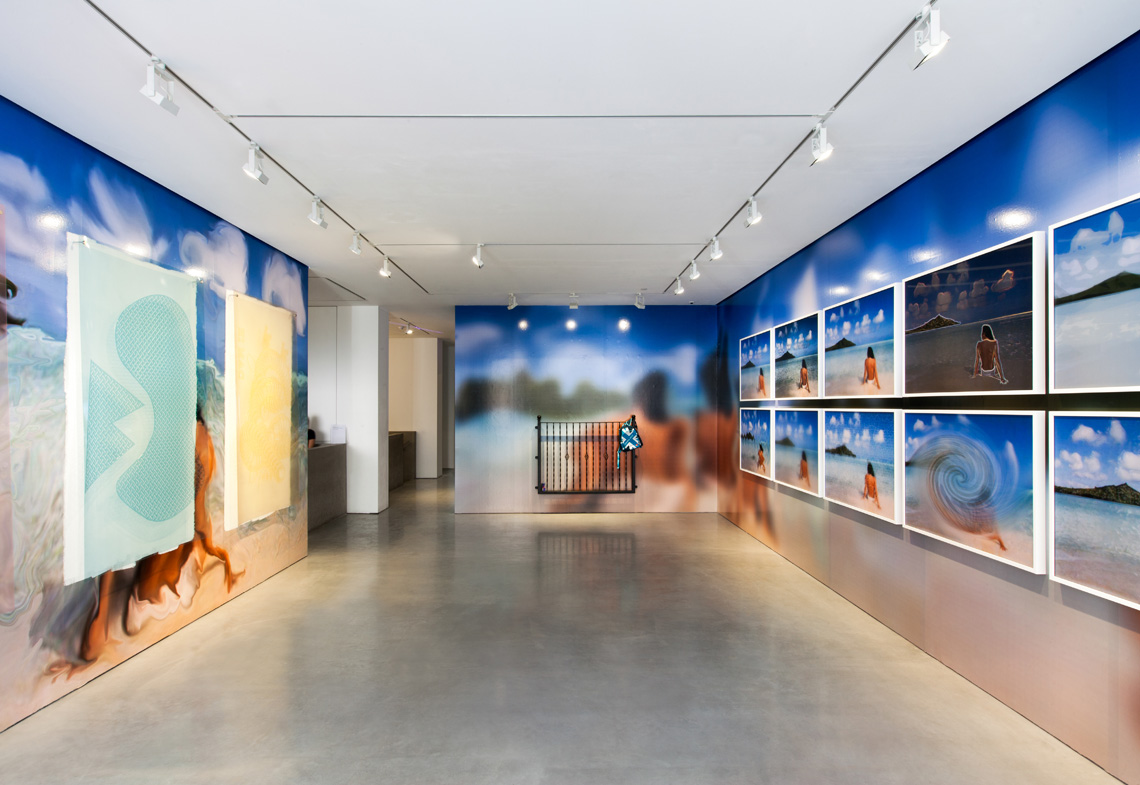 Dullaart (NL, 1979) works primarily with the Internet as an alternative space of presentation and (mis)representation. His often political approach is critical of the control that corporate systems have upon our perception of the world, and the way in which we passively adopt their languages. Dullaart’s practice includes websites, performances, installations and manipulated found images, presented both offline and in the public space of the Internet.

Dullaart explores the Internet’s opacity and highlights the extent to which onscreen data is controlled, enhanced, distorted, and often presented as unmediated content. His Jennifer in Paradise series (2013 – present) redistributes the image of a woman reclining on a beach in Bora Bora, originally taken in 1988 by John Knoll, the co-creator of Photoshop, which subsequently became used as the programme’s demonstration image. Once the most photoshopped photograph, high-resolution versions of the image are now impossible to find online. In redistributing a restored version of the image with a steganographically-encrypted payload, revealed only when one purchases the piece or obtains the password, Dullaart acts as a ‘digital archaeologist’, both commenting on the nature of onscreen manipulation and alluding to a time before this was ubiquitous.