CONTEXT Art Miami, presented by Art Miami and returning for its seventh edition December 4 – 9, 2018, has an exhibitor list featuring the works of emergent, mid-career and cutting-edge artists from 96 galleries, representing 21 countries and 63 cities. CONTEXT Art Miami features an open atmosphere, creating a meaningful dialogue between artists, galleries and collectors while providing the ultimate platform for the presentation of contemporary art by emerging and established galleries. Once again, the fair will be held alongside Art Miami at the prestigious waterfront location of One Miami Herald Plaza on Biscayne Bay, nestled between the Venetian and MacArthur Causeways in the heart of Downtown Miami. The fair offers an unparalleled level of accessibility to the activities and collectors on Miami Beach with convenient parking and shuttle service.

The fair has a VIP preview on December 4th, after which it will be open to the public from December 5th-9th. The fair is open on these days from 11AM – 8PM.

Gallery Chiefs & Spirits was established in 1992. It provides a forum for international Artists from Africa, Europe, Asia, and the Americas. The primary goal is to create an artistic platform without borders. The gallery is housed in a monumental building in the historical part of The Hague. It has two exhibition rooms. Apart from regular shows organized in the gallery, Chiefs & Spirits participates in national and international art fairs.

Dutch artists or Netherlands-based artists featured at the Chiefs & Spirits Booth are: 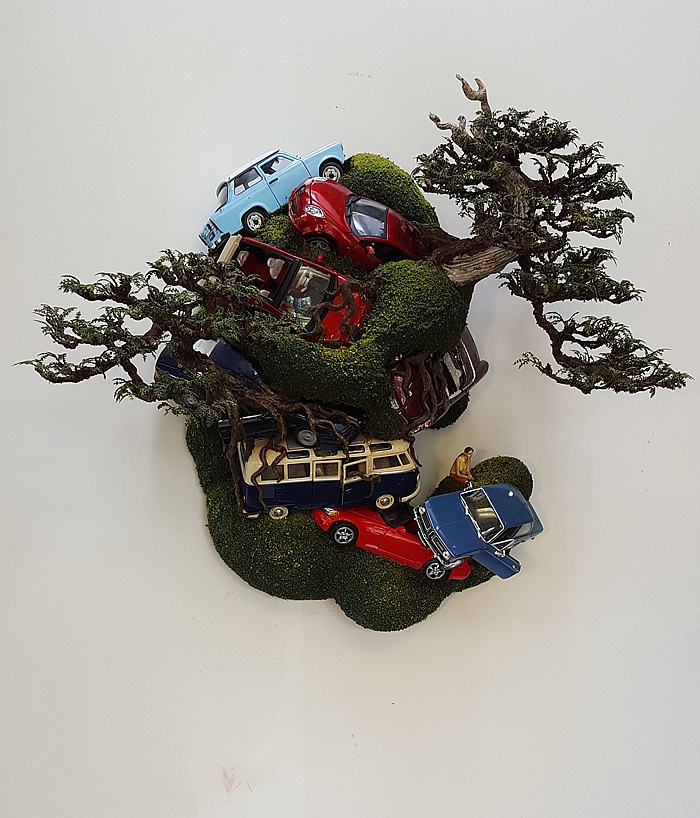 Patrick Bergsma, “Power of Nature” © Courtesy of the Gallery

Born: 26 december 1955. Education: Graphic School Eindhoven – department Repro. Art education: autodidact Mart is well known for his wall objects, which are unusual and attractive to the eye. He developed a new technique of painting and using fire. The process starts by using qualitatively material like wood. Mart burns it and finally paints it. In the clip on this website you can watch Mart using his technique and get a glimpse of the process. In addition to the burned and painted wall objects, Mart makes puzzled objects, for which he uses many colors of paint. Creating other interior objects like tables, mirrors, cabinets and many others is also part of Mart’s expertise. He also provides the service of restyling existing objects. While restyling, he maintains his own creativity in a natural way.

Toyin Loye Toyin Loye studied Fine Art at Obafemi Awolowo University in Ile Ife. His work has been exhibited in solo and group exhibitions in Nigeria, Senegal, Argentina, Indonesia, Japan, South Korea, United Kingdom, Australia, United States, Germany, Spain, Norway, Belgium, and the Netherlands. Toyin was commissioned by FIFA along with Andreas Gursky, Luo Brothers, Markus Lupetz and others to create the official Art Poster for the Germany 2006 World Cup. He lives and works in The Hague, The Netherlands. 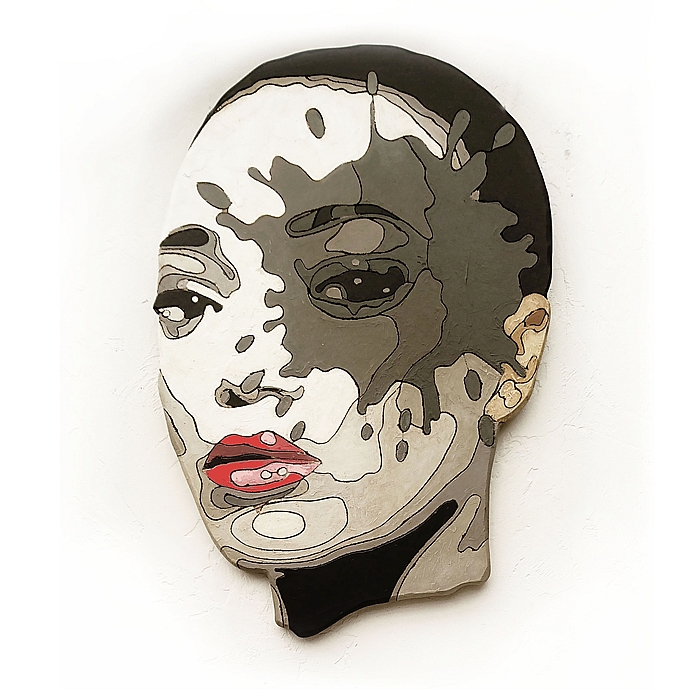 Other featured artists are:

Ronen Art Gallery’s mission consists of showcasing a select group of young and emerging artists. Offering them a “travel wheel“ to expose their artworks. Tightening the relationships between local artists and international venues. The Gallery chooses to work with artists who use their artistic talents for the joy of creating art as well as making a living.

Daan Oude Elferink, is a true explorer who manage to show in his photography art works the glory and the beauty of abundant monuments. Castles, hospitals, villa’s in decay, deserted industry facilities, forgotten cars and so many forbidden places. He brings back the light of those past days, mostly in Europe. The details of those historical buildings and more than anything else the life that had been lived there before our time… Searching for a way to get in, sometimes through sewers, sometimes by claiming, trying to enter into buildings that have been closed and locked away from the public for decays. With the golden rule of not touching anything but just bringing out, with the click of his camera, the mystery and magic that waiting there to be seen again. 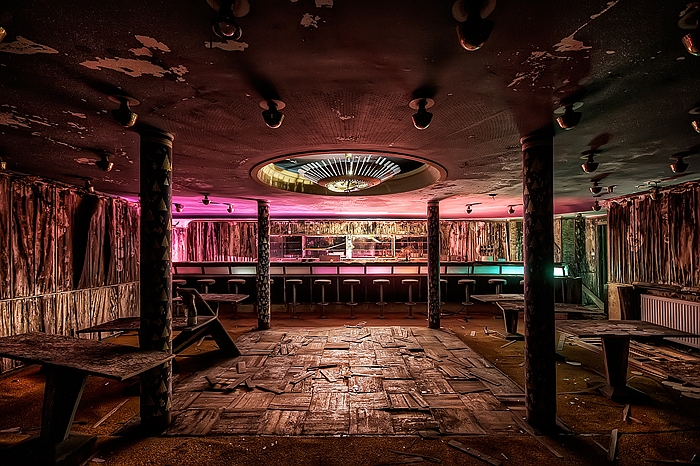 Daan Oude Elferink, “The Hangover” © Courtesy of the Gallery

Diederik van Apple was born and raised in Leiden, Netherlands in 1985. In his childhood he always visualized the bigger picture. There was no line between fantasy and reality. He was addicted to Walt Disney books and legendary movies such as The Godfather, Scarface, Pulp Fiction and Boondock Saints. He loved watching, reading and fully go up in the stories, as if he was part of the story play himself. With his experience, artistic insight and passion for art he started to think of designs for artworks. Combining his fantasy and the reality of life as the power of money bills, credit card with the joy of the inner child world.

Hans Withoos career spans more than twenty years world wide. After graduating from the Art Academy. He specializes in fashion and video/photography. Although highly successful in his international fashion work, he is also prolific in his autonomous work, making many photography series over the years. Mostly situated in recognizable places and cities around the world. His fascination is with beauty in all its aspects.The beauty of strength seen in his serie New Romantics and Lady with her golden toys. In His new series: ” Still Life” he brings the beauty and the light of the 17 century Dutch old masters into life again.. Hans Withoos photography is set in a world simultaneously familiar and different. In Withoos exaggerated scenes, the figures crowding the images become archetypes, and the viewer is overcome by a sense of alienation. The work is full of layered, staged images with idiosyncratic aesthetics. Sometimes the photographs evoke emotions related to suffering, sensuality and hidden oppressiveness. At other times the images depict the complete opposite and are deliberately emotionless. The artist describes his oeuvre: “The images don’t show a critical perspective, but rather an observant one.” 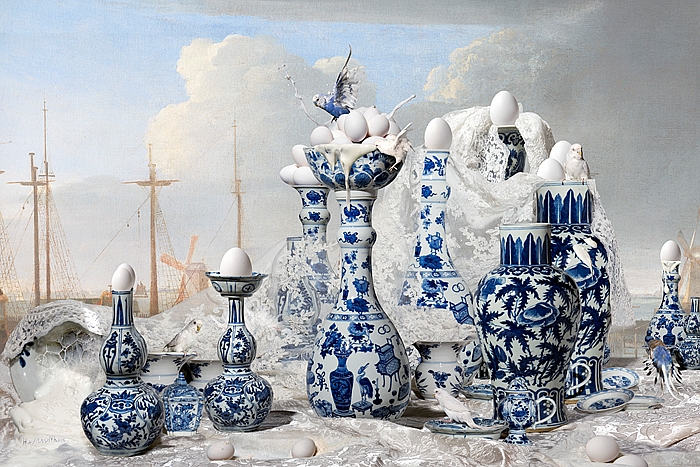 Hans Withoos, “Still Life in White” © Courtesy of the Gallery

Other exhibited artists are:

Originally a private collection based in Mexico City, including the works of Latin American and internationally-renowned masters, Simons Gallery now boasts an ever-growing contemporary collection of emerging, mid-career and established artists from around the world. This contemporary collection is located in Miami, Florida, and The Hague, Netherlands. Simons Gallery seeks to promote and support the relationship between the Latin American art tradition of yesteryear and the international contemporary artists of today.

Simons Gallery is home to an inspired mix of artists of all generations who strive to create exceptional art for its own sake and at times as a vehicle for change and social activism, from image to action. Simons Gallery artists — through their work — seek to inspire global awareness and instill a spirit of engagement and collaboration throughout the world, homing in on salient issues and themes that we as global citizens face. The Simons Gallery participates in prestigious Art Fairs worldwide, as well as ecological and social projects. 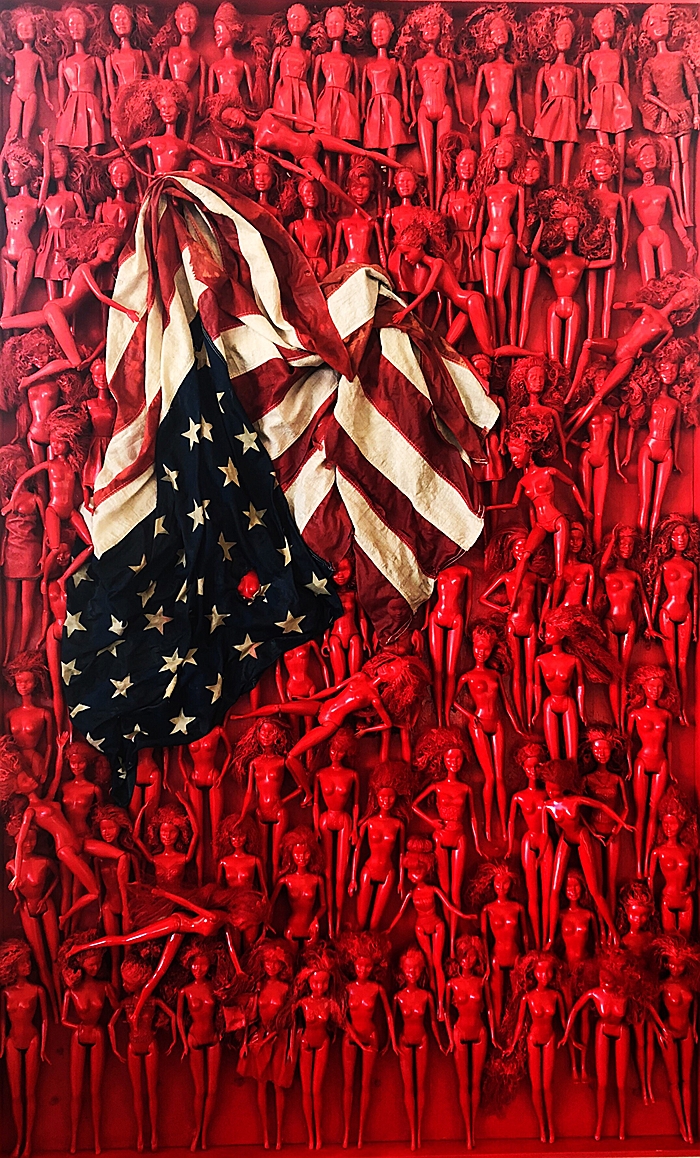 Leonor Anthony, “Indelible in the Hippocampus” © Courtesy of the Gallery

VK Gallery represents contemporary international artists working in different genres and media, including painting, sculpture, photography and digital art. Victoria Kovalenchikova believes in supporting different cultures across the globe, and VK Gallery is a part of several humanitarian and charity projects. Victoria hopes that her small contribution will have wider impact. Victoria’s paintings demonstrate a strong knowledge of art history. Her fascination with the cityscape – both its architecture and inhabitants – is evident in most of her works. She frequently attempts to portray the passage of time by recalling seemingly innocuous events, ingrained in our collective memory, unfolding at specific locations. Recently Victoria started to create new EARTH paintings, which are dedicated to our planet and universe. Most importantly, she views her creative process as a means of representing the kaleidoscope of life by piecing together its infinite fragments. 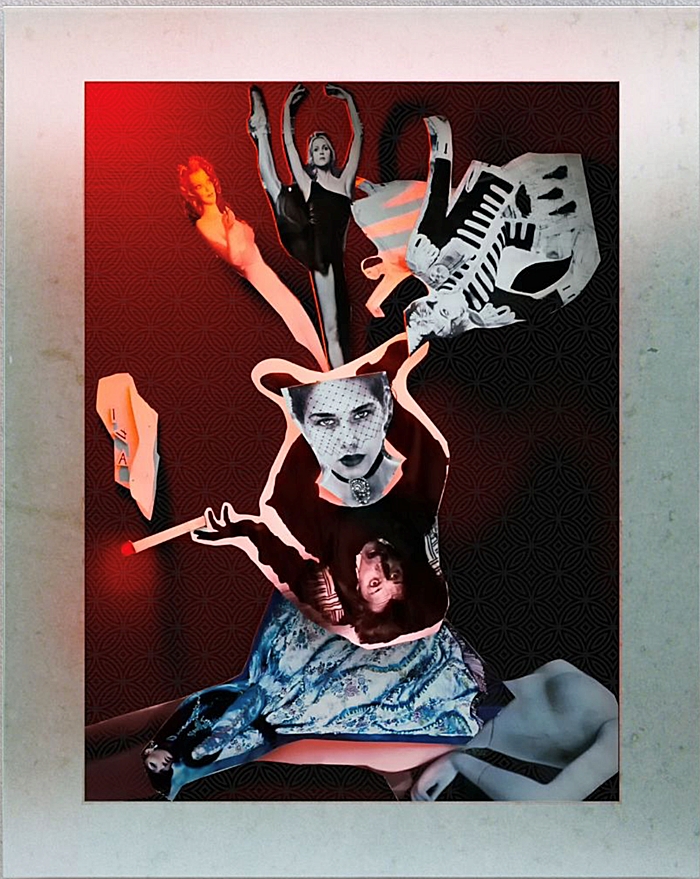