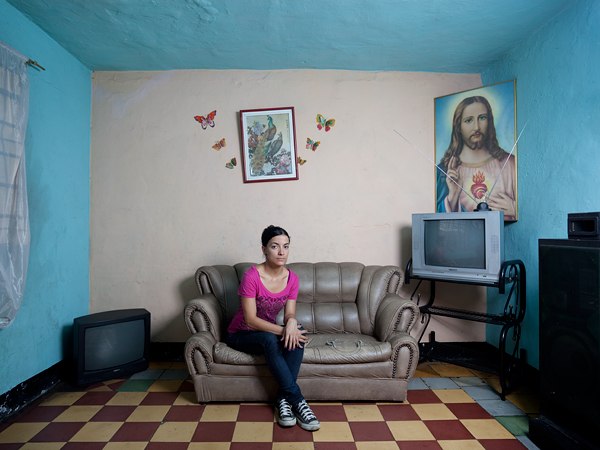 From March 13 until March 31, 2014 the Institute for the Humanities presents the exhibition 'Obscura Primavera' of Dutch artist Corine Vermeulen.

The Institute for the Humanities presents the exhibition ‘Obscura Primavera‘ of Dutch artist Corine Vermeulen from March 13 until March 31, 2014.

Corine Vermeulen’s exhibition Obscura Primavera presents images of Medellín, Colombia, taken by the artist/photographer during the years 2009-2012. Each photograph offers an intimate portrayal of the community—of people, place, and time in transition—and collectively creates an intricate visual narrative. Vermeulen is careful to leave open space for inquiry rather than offering easy answers or pat judgments. The works explore issues of cultural identity in a rapidly developing third world country. As suggested by the title of the exhibition, all are entangled within this “dark spring”—referring to the commodification and exploitation of the environment and natural resources of the region during this tumultuous period of change.

Vermeulen seems to unearth and examine the city of Medellín like a scientist in a laboratory, sensitively and painstakingly parsing the disparate themes of history and pre-fab, idealism and corruption, hierarchy and transformation, and violence and beauty that run through the project. The photographs consider our own preconceptions about this particular place and its culture and economy.

As part of this exhibition and with the support of the Institute for the Humanities, Vermeulen and creative collaborator Nina Bianchi returned to Medellín to produce the Obscura Primavera catalog in 2014. As part of their ongoing collaborative publication project Detroit Mini Assembly Line, the Medellín community became part of the process, and was invited to participate in the writing, designing, and onsite production of the publication. The catalog was assembled and stitched by hand.

Corine Vermeulen is a Dutch photographer who settled in Detroit in early 2006. A winner of the 2009 Kresge Artist Fellowships, she recently compl two long-term projects: ‘Your Town Tomorrow’ (2007- 2012) which documents Detroit’s shiftingocial and geographic ecologies, and ‘Medellin’ (2009- 2012) which explores present-day conditions in the city of Medellin, Colombia.