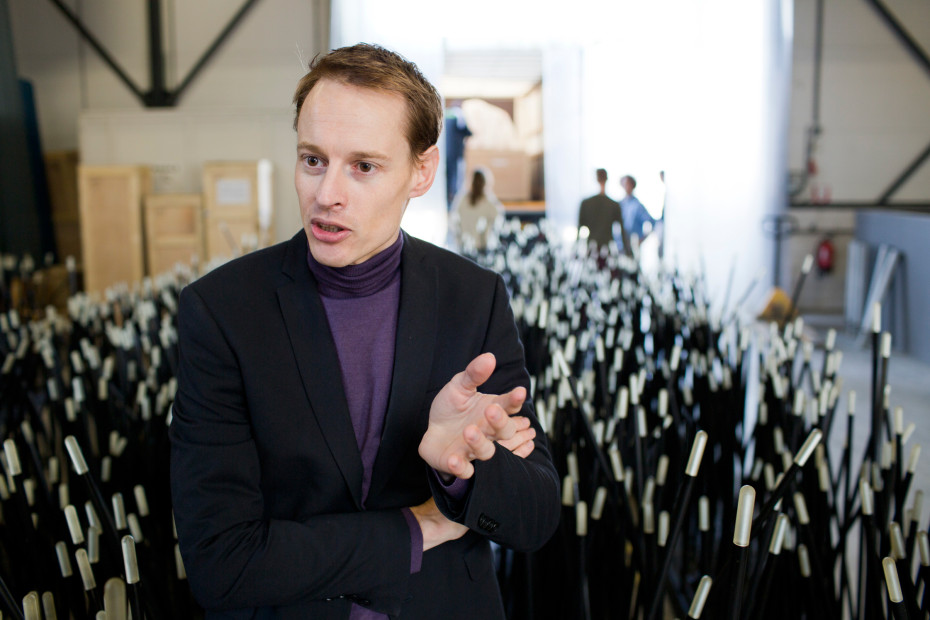 On November 14th and 15th, 2013, at the TIME Conference Center in New York City, many of the most innovative people and organizations in the science and technology world joined together for a historic gathering – the 2013 World Technology Summit & Awards – to celebrate each other’s accomplishments; to explore what is imminent, possible, and important in and around emerging technologies; and to create the kinds of serendipitous relationships that create the future. One of the speakers and award winners was Daan Roosegaarde, artist & innovator, Studio Roosegaarde.

The majority of Summit participants were either current WTN members (primarily winners/finalists from previous World Technology Awards cycles, as selected by their peers as those doing the innovative work of “the greatest likely long-term significance”) or 2013 World Technology Award nominees. A combination of keynote talks, panel discussions, and breakout sessions and career-altering networking opportunities over both days concluded with a gala black-tie Awards ceremony on the second night of the event.

Artist and innovator Daan Roosegaarde (1979) explores the dawn of a new nature that is evolving from technological innovations. With projects ranging from fashion to architecture, he creates smart and social designs that instinctively interact with sound and movement. Roosegaarde’s remarkable works function as exploration of the dynamic relation between architecture, people, and technology.

His designs, such as Dune, Intimacy and Smart Highway, are tactile high-tech environments in which viewer and space become one. This connection, established between ideology and technology, results in what Roosegaarde calls ‘techno-poetry’.

Roosegaarde has won the Charlotte Köhler Award, two Dutch Design Awards, the Media Architecture Award, Design for Asia Award and China’s Most Successful Design Award. He has been the focus of exhibitions at the Tate Modern, the National Museum in Tokyo, the Victoria and Albert Museum in London, and various public spaces in Rotterdam and Hong Kong.