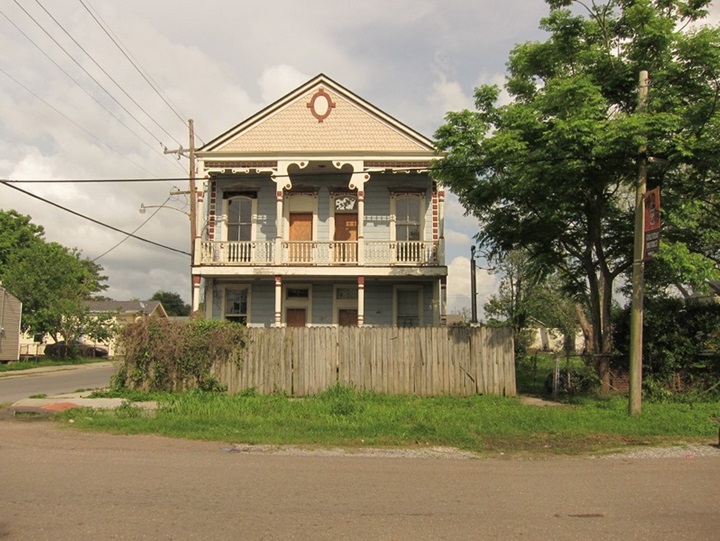 _D_eltaworkers have just announced their artists-in-residence for 2019. The four writers and artists will begin their residency in March 2019. Deltaworkers is a nomadic artistic production and residence program that investigates the southern states of the U.S. as one of the last mythical places in the West. This year, once again, Deltaworkers will be camping at artist Maria Levitsky’s Chateau Curioso.

Lazy Larva is a solo performance by Eglė Budvytytė channeling multiple entities and ideas bruised by modernity and extractivism through a form of a song.
The work explores the potential of rhyme, repetition, sonic alteration of the voice and the proximity of the performer to induce the audience into collectivity and singing.

Medusa: A Tender Version is a new performance by Eglė Budvytytė & Tomislav Feller attempting to reconnect Medusa’s body back to her head. The gaze, the hair, the snakes, the stones, the gods—they all enter the space of a performance in no particular order to celebrate the agency and the voice of a female monster.

Kari Robertson is a visual artist and curator originally from the U.K now living and working in Rotterdam, The Netherlands.

For the past several years Kari has been working in time-based media, primarily sound, analogue film, and digital video. Recent works explore contemporary subjectivity through narrative. Kari’s works often begin with a theoretical proposition and then try to animate and personalize this material through forcefully situating it in specific characters. Humour and absurdity are prevalent within these works.

Kari Robertson is sponsored by The Mondriaan Fund

Read more about her work on Kari’s page on deltaworkers.org

Geo Wyeth (US, based between Rotterdam/Amsterdam, NL, and New York City) works with music, performance, installation, and video.

In the work, there is a gap between the dreams and the realities of Wyeth’s characters. They are mostly loners or strangers, hovering in this space, devoted to their position but hoping that somehow that they can get out of it.

Geo Wyeth are sponsored by The Mondriaan Fund

Read more about their work on Geo’s page on deltaworkers.org

Dean Bowen (NL, based in Rotterdam) is a poet, performer and psychonaut. He examines the dynamics of the composite identity and how this relates to a political and social positioning of the self. His poetry and powerful performance has seen him grace stages both nationally and internationally.

Kristina Kay Robinson will be a conversation companion guiding him through the literary and social political realms of the city.

Dean Bowen is sponsored by The Dutch Foundation for Literature.

Read more about what he will be working on in New Orleans on deltaworkers.org

Simon(e) van Saarloos is a US born writer and philosopher, living in Brooklyn, NY and Amsterdam, NL.
In general in her work, Simon(e) is interested in how memory works. In diverse forms of writing she unravels the impact that overlooked or suppressed histories have on contemporary life. At the moment she is working on a larger essay about ‘queer forgetting’ and political memory. The New Orleans research will feed into this.

Simon(e) van Saarloos is sponsored by The Dutch Foundation for Literature.

Read more about Simon(e) and her research in New Orleans.

Deltaworkers is an international multi-disciplinary residency program, run by artist/curator Joris Lindhout and curator Maaike Gouwenberg. Since their first visit to New Orleans in 2010, these curators have been working on establishing a cultural exchange program between the North American South and Europe. Therefore Deltaworkers builds on existing connections between The Netherlands and New Orleans, and forms new connections with local institutions, the surrounding region, and other European counties.