Denise Jannah Live At The Metropolitan Room In NY

On August 11, Denise will perform her live set at the Metropolitan Room in New York

On August 11, Denise Jannah will perform her jazz live set at The Metropolitan Room in New York. Get your tickets here and prepare yourself for a jazzy night out!

Denise Jannah was born in Suriname, South America. With her family she moved to Holland in the mid seventies. For 4,5 years she studied Law at the University of Utrecht, but her love for music made her change her course: she enrolled into the Conservatory in Hilversum and completed her studies there, also earning her degree as a vocal educator. In 1989 she won third prize at the Internationales Liederfestival “Menschen und Meer” in Rostock, former D.D.R. In that year she also was offered an important part in the musical “A Night at the Cotton Club”in which she starred in 347 performances in Holland, Germany and Belgium. In 1997 Jannah was offered one of the leading parts in “Joe, The Musical”. In 1998 Denise Jannah and Marjorie Barnes were the leading ladies in Fats Waller’s musical show “Ain’t Misbehavin’ ”, (European Tour). She released several albums, of which three of them on Blue Note Records. Denise Jannah performed 7 times at the North Sea Jazz Festival and toured the world from New York to Johannesberg to Japan and back. Up till now she has won two Edison Awards, the Golden Orpheus (Bulgaria) and the Bata Anastacievic Festival Award (Serbia). 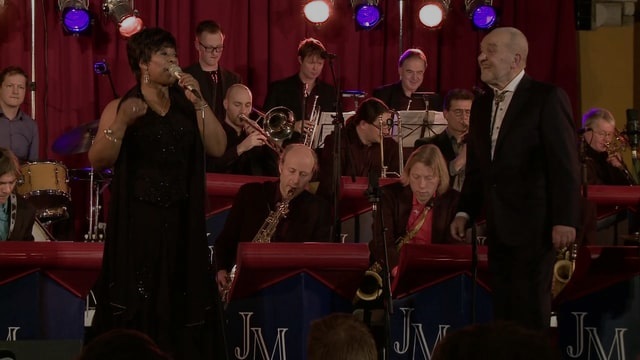 -“This woman can make you dream, cry, and fall in love. What more could you desire…” (The Music Advocate)

-“Quite simply, Denise Jannah is one of the best jazz singers to come along in the 25 years I’ve been writing about music.”  (Award winning jazz author and critic Gary Giddins in the  “Village Voice”)

-“Jannah’s voice is fine – rich , certain and teeming with a candor undiminished by the artifice of record-making.” (Down Beat)

-“If you’re having trouble keeping track of the score of female singers swamping the current jazz scene, let me save you some trouble:  Denise Jannah is worth your time.”  ( Detroit Free Press)

-“Her voice is so direct, the delivery so fresh and clear that she will surely withstand the test of time.” (Jazz Times)

About The Metropolitan Room

Voted #1 Jazz Cabaret Club by New York Magazine, The Metropolitan Room is one of the most critically acclaimed venues in NYC and is known as the “Home” for big name talents and rising stars.  This famed, Flatiron District, 22nd Street bastion for singers, is located in the heart of Manhattan in the Flatiron/Chelsea District. A high-end cabaret and jazz club, the Metropolitan Room brings the best in live music to New York City. Every night of the week, at 7pm, 9:30pm and 11:30pm.  Fabulous award-winning Broadway, TV, Film and Radio performers take the stage in an intimate 115-seat atmosphere reminiscent of the golden age of cabaret.  Our renowned Chelsea club and performance space provides an intimate for a range of entertainments as diverse as New York itself. From spectacles like “The Flatiron Follies” to performances by drag comedienne Hedda Lettuce, side-splitting comedy acts and moving cabaret sets by top Broadway stars, the 115-seat room provides the perfect setting for audience-pleasing shows, night after night.