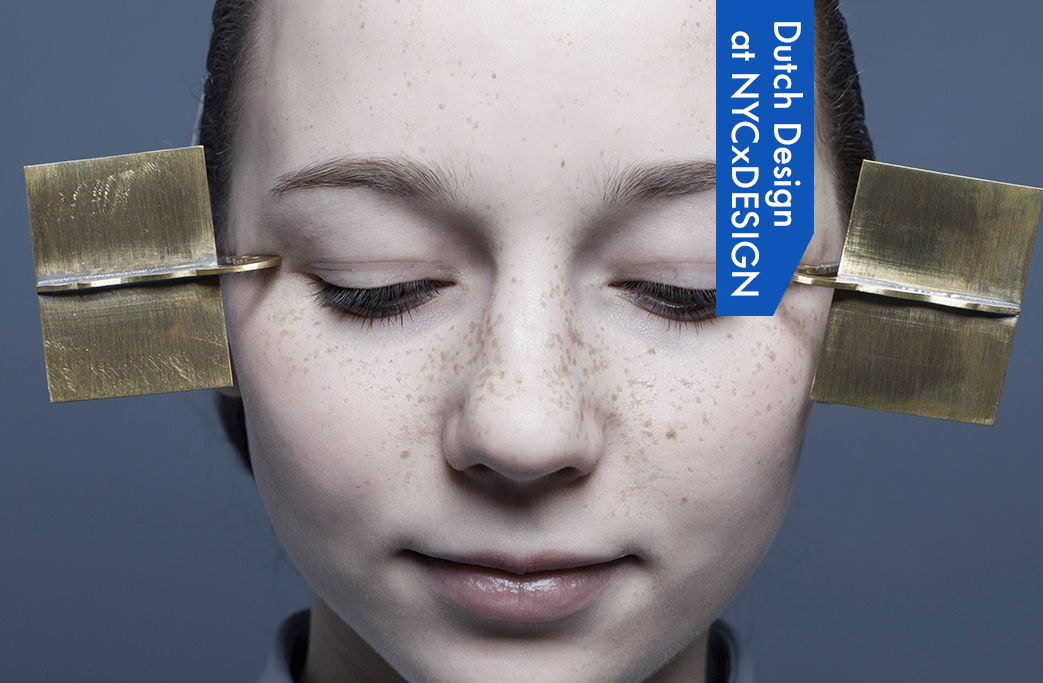 The celebrated Design Academy Eindhoven will present fourteen of their graduates with an exhibition entitled 'Self Unself' in New York during the Collective Design Fair, which is part of NYCxDESIGN.

The celebrated Design Academy Eindhoven will present fourteen of their graduates with an exhibition entitled ‘Self Unself’ in New York during the Collective 2 Design Fair (from May 8-11), which is part of NYCxDESIGN. The presentation Self Unself is the 5th in a series of exhibitions by Design Academy Eindhoven, that started with the Graduation Show in October 2013 and has travelled to the Van Abbemuseum, Shenzhen in China and Milan since then. The New York exhibition is supported as part of the Dutch Culture USA program by the Consulate General of the Netherlands in New York.

Thomas Widdershoven, creative director of Design Academy Eindhoven, introduced the words Self and Unself when he saw the graduation work of 2013. ‘Looking at the graduating students and their projects, these two words came to mind. Our students are presenting self-initiated projects with an unselfish inclination. Many of their projects raise social issues and are geared towards the collective good. The theme Self Unself is dualistic in itself, and it creates room for thought and discussion After the Graduation Show and the Van Abbe Museum, Self Unself went to Shenzhen (China) and Milan, Salone del Mobile.

In the exhibition in New York, two related projects are placed next to each other. They are connected in meaning, material or medium. They represent different approaches to the same topic. 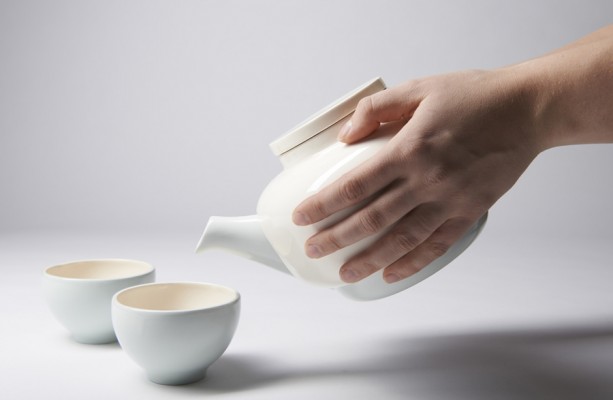 Sometimes the pairs are clear examples of the ‘self unself-approach’. Inge Kuipers for example designed a tea pot that requires the use of both hands. It makes pouring easier, especially for people with arthritis. In this sense, Inge has created a product for a group that is not often heard and even less catered to. She creates for the other, for the unself. Ma’ayan Pesach’s work, on the other hand, is close to her own personality and identity. In Food for Thought she fuses common household items, wigs and cloth to form a series of highly idiosyncratic totems. They hint at a functional past but have transcended it through Ma’ayan’s specific handwriting. 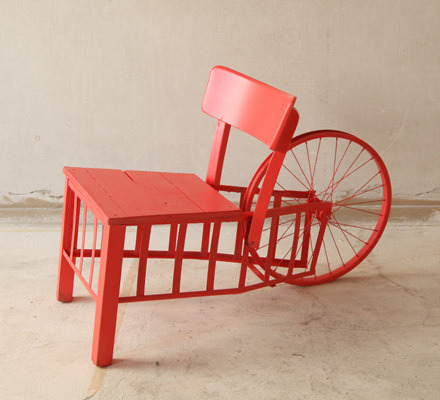 In other cases, the projects placed alongside each other share the same design method, but have different origins and outcomes. François Duquesnoy as well as the duo Dienke Dekker and Daniel Costa work in a tradition of assemblage and collage. François collects materials and fuses them into a furniture set. His work is a reaction to his personal situation of moving house a lot. Daniel and Dienke combine porcelain and clay in once piece. They have researched how these materials behave in the oven and how they turn out as a unified object. 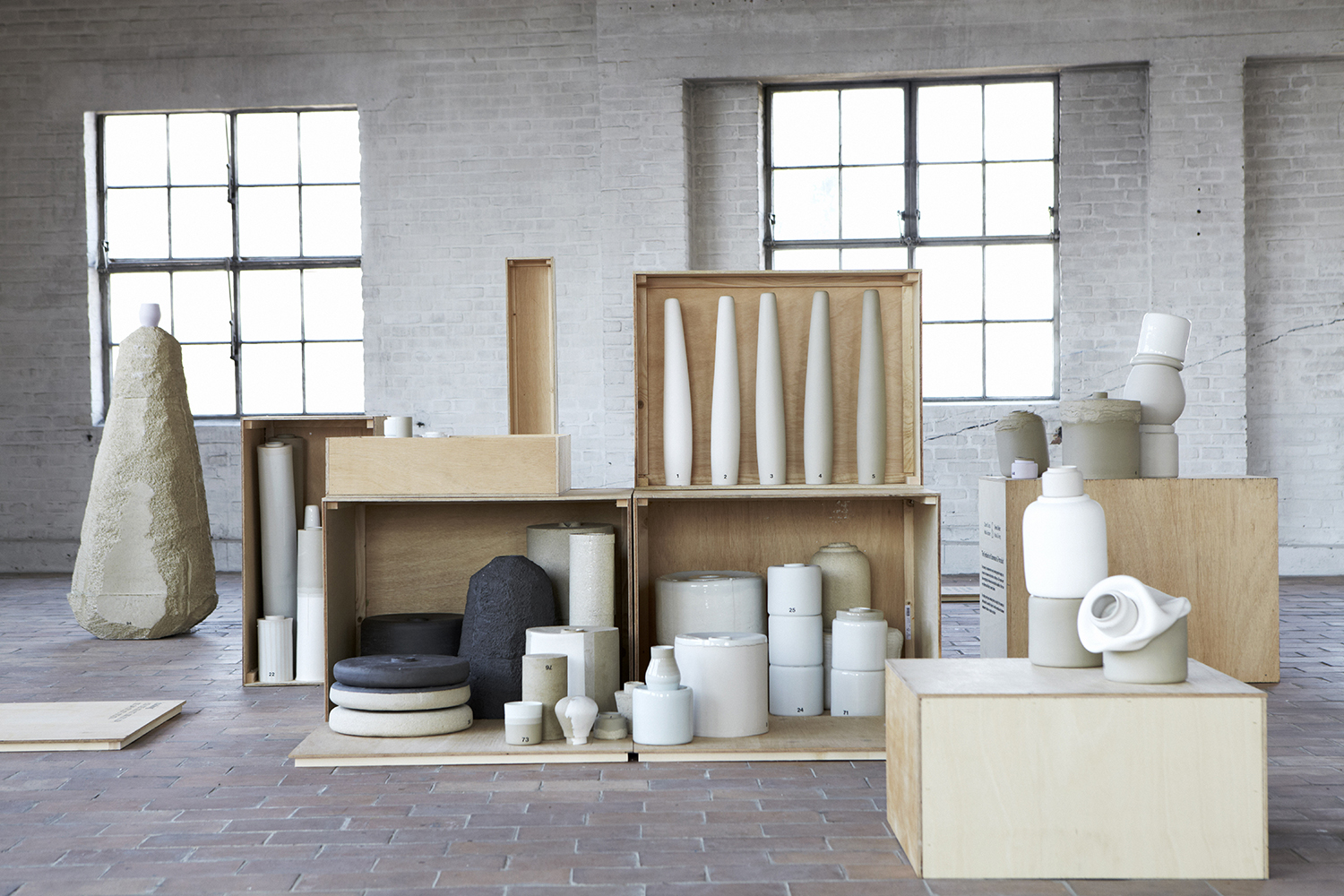 Dienke Dekker and Daniel Costa, The Symbiosis of Stoneware & Porcelain

Nikki Gonnissen will represent the academy in New York, being a teacher in the Master department Information Design and as owner and designer at design studio Thonik. She will participate in one of the ‘Collective Conversations’ about ‘students designing for the future’. Collective Conversations is an intimate series of discussions centered around design and the creative process that will be hosted by a diverse group of designers, collectors and innovators in the creative industries. The series will be held onsite at Collective 2 in an area specially designed by BroLab. Nikki will speak with Ellen Lupton, a curator at Cooper-Hewitt, on sunday May 11th at 11:30 am.

Design Academy Eindhoven is an interdisciplinary education institute in Eindhoven, the Netherlands. The Bachelor program is split into 8 different design departments: mand and communication, mand and leisure, man and identity, man and well-being, man and public space, man and living, man and mobility, man and identity. Design Academy Eindhoven also offers 4 Master programs: contextual design, social design, information design and design curating and writing. The Design Academy Eindhoven’s (DAE) emphasis on engaging complex social and cultural issues has gained it an international reputation. For example, the well-known Dutch collective Droog Design features several DAE alumni. Every year in the fall, the Dutch Design Week is held in Eindhoven with an array of Design-related events. These include the graduation exhibit (featuring the works of that year’s graduates of the DAE) which attracted more than 32.000 visitors in 2013.

For more information on the works presented in ‘Self Unself’, click here.