Design Miami/, the global forum for design that brings together the most influential collectors, gallerists, designers, curators and critics from around the world, will feature Fendi and their presentation of “The Shapes of Water” by Sabine Marcelis during Miami Art Week from December 5th until December 9th. 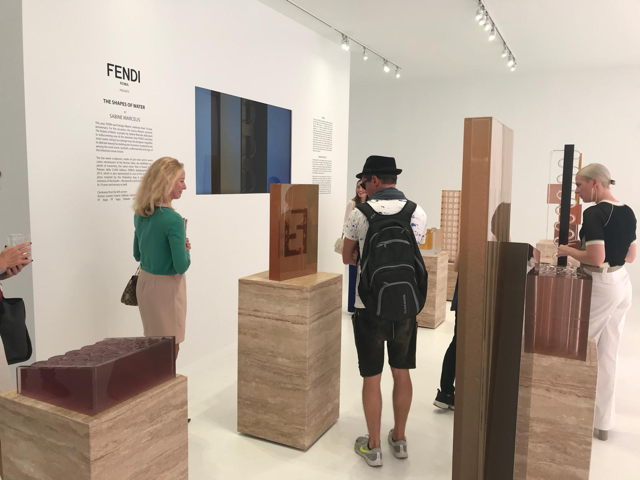 “The Shapes of Water”

This year Fendi and Design Miami/ celebrate their ten-year anniversary. For the occasion, the luxury Maison presents “The Shapes of Water,” a project by Dutch designer Sabine Marcelis dedicated to rediscovering one of the elements FENDI cherishes most: water. Using water as a design tool, Marcelis magnifies its delicate beauty by realizing ten fountains inspired by ten of the most iconic symbols of craftsmanship and the logo of the historic Roman house.

Representing FENDI’s historical identity, Marcelis’s ten fountains, made of cast resin, each feature a new version of the Maison’s symbol. The fountains are exhibited on a plinth of travertine, the same stone that is found in the Palazzo della Civiltà Italiana, an emblematic monument of FENDI’s architectural history and its headquarters since 2015. A piece inspired by the Peekaboo bag is placed at the entrance of the booth—the brand’s iconic bag
celebrates this anniversary year.

It is through clean, soft lines and the use of such ethereal materials as polished resin and water in contrast with the historical travertine stone and warm colors reminiscent of the Roman skies that Marcelis’s fountains represent the perfect fusion among the historical, creative, and aesthetic legacy of FENDI and its courage to provoke. 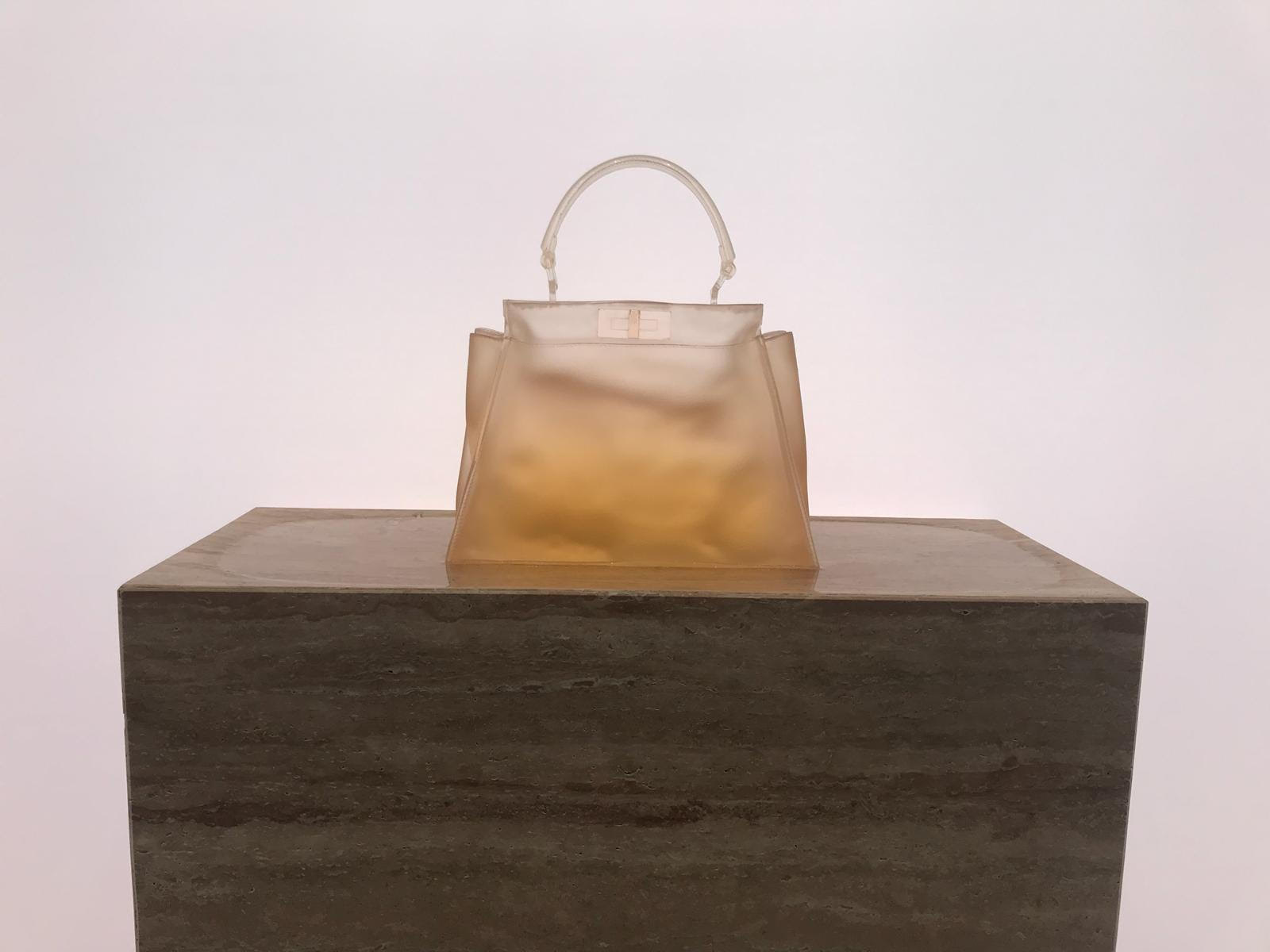 Born in Holland and raised in New Zealand, Sabine Marcelis explores material properties through the manipulation of color and light, creating unexpected optical effects and uncommon chromatic shades. She searches for the limits of physical characteristics and production processes, which result in minimal yet highly aesthetic objects and installations.