On Monday, November 6, 6:30 to 8:00 PM there will be a dialogue about trade and entrepreneurship in the 17th Century.

On Monday, November 6, 6:30 to 8:00 PM the dialogue “New Amsterdam in the Dutch Atlantic” about trade and entrepreneurship in the 17th Century will take place at the Netherland Club in New York.

The dialogue is organised by the New Amsterdam History Center, the Netherland Club of New York, the Netherland-America Foundation and the cultural department of the Consulate General of the Netherlands in New York. 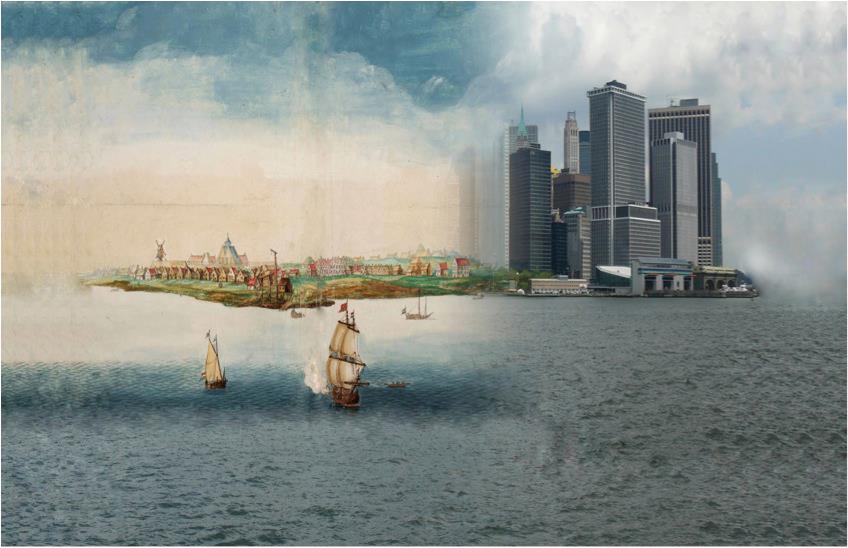 “New Amsterdam in the Dutch Atlantic”

Historians Wim Klooster and Dennis J. Maika will exchange ideas and perceptions on such topics as the operation of both state-sponsored commercial monopolies and private entrepreneurship, the practical aspects of arranging trade, cooperation as well as competition between representatives of European empires, the impact of “sustained warfare” in the seventeenth century, and finally, the Dutch commercial legacy in both the Atlantic World and New York.

Followed by a Q&A.

Wim Klooster received his Ph.D. in history from the University of Leiden and was a Fellow KITLV (Royal Institute of Language and Anthropology), Leiden, the Netherlands. He is Professor of History at Clark University in Worcester, MA, and is known throughout Europe and the Americas as the foremost authority on the Dutch in the Atlantic world of the seventeenth century. His most recent book, published in 2016, is The Dutch Moment: War, Trade, and Settlement in the Seventeenth-Century Atlantic World.

Dennis J. Maika, Senior Historian and Education Director at the New Netherland Institute, received his Ph.D. in History from New York University and was awarded the Hendricks Manuscript Prize. He is a Fellow of the Holland Society of New York, the New Netherland Institute, and the New York Academy of History. As a historian of colonial New York, he has served as a consultant for local history and education projects and has written numerous articles and papers. He taught History and Psychology at the high-school and college levels for several decades.