Digging for Our Dutch Roots: A Public Program of the New Netherland Institute 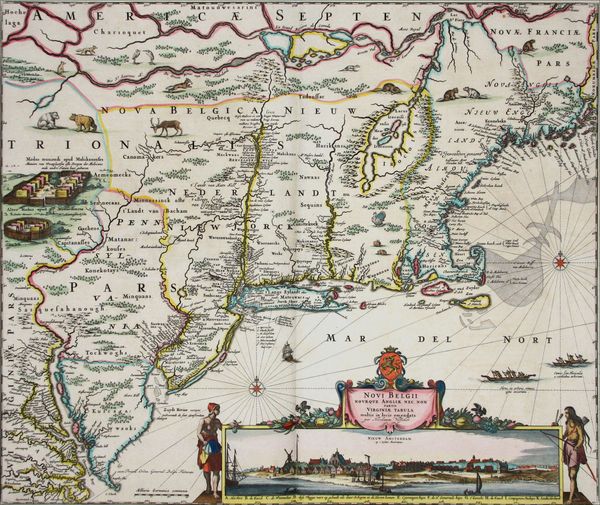 From June 24 until June 25, the New Netherland Institute will offer a fact-filled program in Rochester, NY. This two-day event offers an opportunity for teachers, students, genealogists, academics and the general public to learn more about the "forgotten colony" that shaped New York.

What were the Dutch doing in America in the seventeenth century, and why didn’t all Americans learn this vital piece of history in school? From June 24 until June 25, the New Netherland Institute will offer a fact-filled program in Rochester, NY.

This two-day event offers an opportunity for teachers, students, genealogists, academics and the general public to learn more about the “forgotten colony” that shaped the New York State area. Renowned scholars like Janny Venema and Charles Gehring will share their knowledge on the subject, and there will be a keynote adress by national bestselling author Russell Shorto.

Learn more about historic individuals like Kiliaen van Rensselaer, the man who owned a colony in today’s New York but never set foot on American soil, while exploring the relationships between the Iroquois and the Dutch, that remained strong under English rule.

“The Idea of New Netherland,” a keynote address by Russell Shorto, bestselling author of “The Island at the Center of the World and Amsterdam: A History of the World’s Most Liberal City.”

In “New Netherland through History and Art” Gehring and Tantillo will use works of art, digital models, diagrams, and seventeenth-century documents to explore New Netherland’s evolution from Henry Hudson to Petrus Stuyvesant.

In “Dutch Legacies in Iroquois Culture” Hamell will explore how Dutch-Seneca Iroquois-Haudenosaunee interaction persisted through the end of the eighteenth century even though the colony had long before become an English possession, and how Anglo-Dutch Indian commissioners still dominated Albany’s Indian affairs.

In “Everyday Life in a Dutch Colony: Instructional Resources for NY Classrooms” Daniels and Maul will discuss how the use of primary documents can help teachers uncover life in New Netherland.

Vanderlinde will discuss the development of local Dutch history curricula.

Evans will present a reading from an award-winning essay about a local Dutch family that spans seven generations. (1993 winner of the Hoffman Foundation essay contest held from 1953-2003)

The New York State Archives Partnership Trust helps preserve and make accessible the archives from 350 years of New York’s colonial and state governments, so that they may be used for the benefit of the public.  The Trust adresses this mission by better informing the public about the importance of these records, by building a network of friends and advocates for the State Archives, and by obtaining increased public and private resources for work in the State Archives.

Historic Brighton founded in 1999, is a private, not-for-profit organization, dedicated to celebrating Brighton’s rich history and bringing that history to the community through programs, publications and research. The community is welcome to join Historic Brighton and share in this mission.