DJ Young Marco tours the U.S. in May 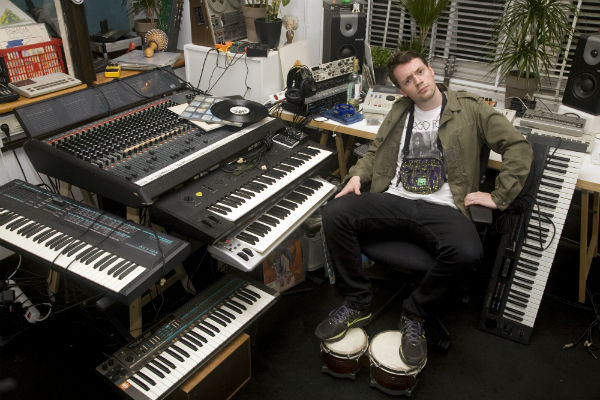 DJ Young Marco tours the U.S. in May

Up and coming Dutch DJ Young Marco, who recently released is debut album ‘Biology’, will tour the U.S. throughout the first half of May. Be sure to catch one of his gigs in New York (Le Bain), Atlanta (The Sound Table), Miami (Electric Pickle) or Los Angeles (Far Away).

Amsterdam native DJ, producer and certified dude Young Marco has been on the forefront of the city’s bustling underground scene for nearly a decade. Coming up through several now infamous residencies, he quickly gained notoriety for his genre-defying and ballsy DJ sets with a unique take on dance music, playing everything from lost proto-house and voodoo jaktrax to Libyan disco anthems.

After releasing several records on Rush Hour he soon found a home on Lovefingers’ ESP Institute where he continues to craft his signature zonked out house sound filled with broken drum computers and 90’s new-age synthesizers.

Since then Marco has steadily been playing all around the globe spreading his love for strange dance music and unclassics.

His releases are already becoming sought after collectables, which are getting support from heads like Dixon and James Murphy. His growing number of remixes range from Heatsick and Soft Rocks to Afro legend Francis Bebey with many more in the pipeline.

2014 is a big year as it will finally see the release of his long awaited debut album “Biology” on the ESP Institute.