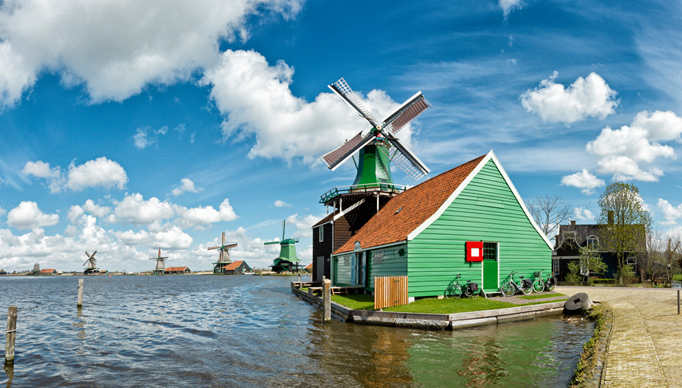 On December 1 & 2, the General Society & New York State Museum will show the film by Wendy Wilgenburg

“De Huisman: On Craftsmanship, Insight and Authenticity” is a documentary on the restoration of a notable Dutch windmill by film-maker Wendy van Wilgenburg. On Thursday, December 1, the General Society of Mechanics and Tradesmen of the City of New York will screen the film. On December 2 you can see the film upstate at the New York State Museum in Albany.

The U.S premiere of this unique film, De Huisman, by Wendy van Wilgenburg documents the complete restoration of one of the Zaanse Schans’ finest windmills: ‘De Huisman’  (famous for its mustard.) The Zaanse Schans is a Dutch residential area in which the 18th and 19th centuries are brought to life, full of wooden houses, barns, and workshops. This area, with a skyline of traditional windmills, attracts around 1.7 million tourists a year.

The documentary follows the construction process for over a year and a half in all weather conditions, looking over the shoulders of the carpenters as they hammer and saw. Technical challenges and differences of opinion between the involved parties unfold before the camera. The whole process has resulted in an engrossing documentary that pays homage to traditional craftsmanship and offers a critical view on restoring cultural heritage. 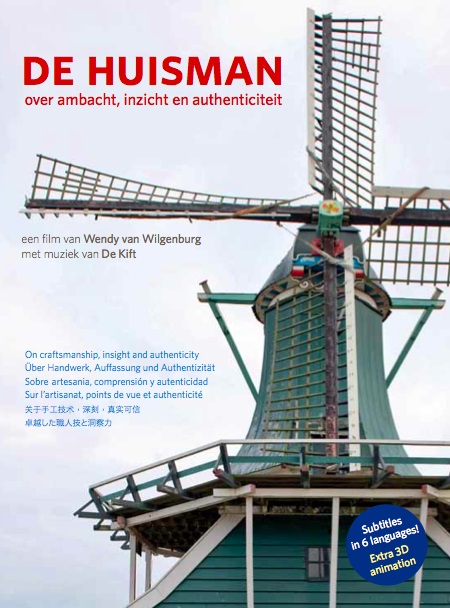 Wendy van Wilgenburg is a trained cultural and visual anthropologist, she has conducted research in the Philippines, Guatemala, and Nepal, in combination with film projects. Her films have been screened at television, museums and festivals across the world, including the National Gallery in London and the Metropolitan Museum of Art.

She is also the founder and director of the annual Craft in Focus Festival in Amsterdam, the Netherlands. The festival is an international event with documentaries, lectures, workshops and master classes, focusing on master craftsmanship. With over 60 participating craftsmen from all over the world and around 15,000 visitors, the festival aims to spotlight the passion and skills of true master craftsmen and -women. From June 2-4 the Craft in Focus Festival will have its first New York edition in Industry City, Brooklyn.