Drawings by Rembrandt and Van Gogh at the MET “Leonardo to Matisse: Master Drawings from the Robert Lehman Collection” exhibition

From October 2, 2017, to January 7, 2018, the exhibition "Leonardo to Matisse: Master Drawings from the Robert Lehman Collection" at the Metropolitan Museum of Art will feature works by Rembrandt, Van Gogh

From October 2, 2017, to January 7, 2018, the exhibition “Leonardo to Matisse: Master Drawings from the Robert Lehman Collection” at The Metropolitan Museum of Art will feature works by Rembrandt and Van Gogh. For more information click here. 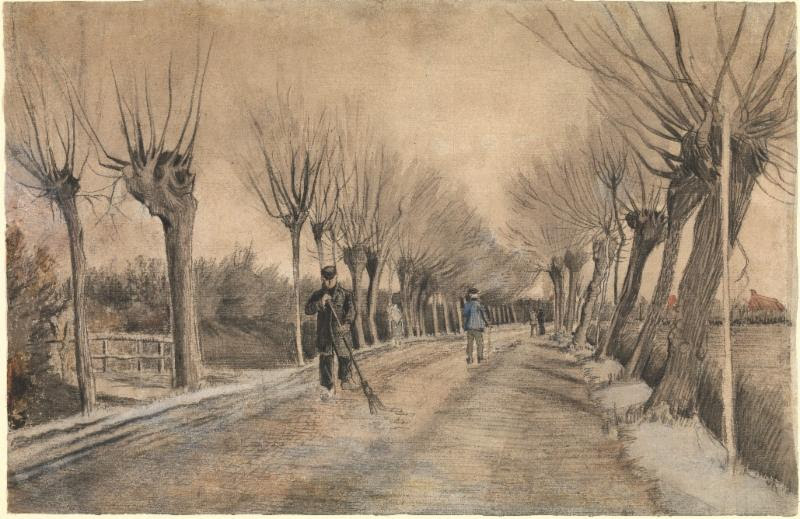 Leonardo to Matisse: Master Drawings from the Robert Lehman Collection, on view at The Metropolitan Museum of Art beginning October 4, presents 60 masterpieces of European drawing spanning the Renaissance to the Modern Age. It is the first presentation to highlight the full range of Robert Lehman’s vast and distinguished drawings collection—— numbering over 700 sheets—— and to explore his significant activity as a 20th-century collector. The exhibition will trace the development of European drawing across five centuries through works by such celebrated masters such as Leonardo da Vinci, Dürer, Rembrandt, Tiepolo, Ingres, Seurat, and Matisse.

The exhibition is made possible by the Robert Lehman Foundation.

Drawn from the Museum’s acclaimed Robert Lehman Collection, the exhibition will present a dynamic array of styles, techniques, and genres—from compositional studies for mythological and biblical narratives to panoramic landscapes and arresting studies of the human form. The selection will also illustrate the different facets of the artists’ creative processes—from Leonardo’s keen anatomical observation in his Study of a Bear Walking, to Dürer’s awakening artistic self-consciousness in his Self-Portrait study, to Rembrandt’s re-interpretation of Leonardo’s painted masterpiece, The Last Supper.

The selection of drawings on view in Leonardo to Matisse will reflect significant developments in the medium between the 15th and 20th centuries, as styles, techniques, and genres evolved, evoking illuminating comparisons across regions and eras. The portraits, figure studies, landscapes, mythological and biblical narratives included in the exhibition will represent diverse sacred and secular subjects in media ranging from metalpoint, pen and ink, and chalk to graphite, pastel, and charcoal.

The role of drawing as the foundation of all the visual arts will be illustrated by numerous preparatory studies for painting, sculpture, textiles, engraving, and stained glass, including rare 15th-century Netherlandish designs for a carved capital and tapestry. Elucidating the varying stages of the design process, the works on view will include rapid preliminary sketches, detailed studies of motifs, expansive compositional designs, and finished drawings intended for patrons.

About the Robert Lehman Collection

Robert Lehman bought his first drawings in the 1920s, adding works on paper to his father’s distinguished painting collection. He began with rare sheets by Italian masters and continued to acquire drawings for the next half-century, principally in the field of Italian art, but more expansively through examples from England, France, the Netherlands, Spain, and the United States. By his death in 1969, the drawings collection numbered more than 700 sheets. While a few examples found their way into other public institutions in his lifetime, the remaining sheets form part of the Robert Lehman Collection at the Metropolitan Museum. Together with the holdings in the Department of Drawings and Prints, it has granted the Museum an outstanding collection of works on paper.

The Robert Lehman Collection is one of the most distinguished privately assembled art collections in the United States. Robert Lehman’s bequest to The Met, a collection of extraordinary quality and breadth acquired over the course of 60 years, is a remarkable example of 20th-century American collecting. Spanning 700 years of western European art, from the 14th to the 20th century, the 2,600 works include paintings, drawings, manuscript illumination, sculpture, glass, textiles, antique frames, maiolica, enamels, and precious jeweled objects.

Leonardo to Matisse is organized by Dita Amory, Curator in Charge, and Alison Nogueira, Associate Curator, both of the Robert Lehman Collection at The Met.