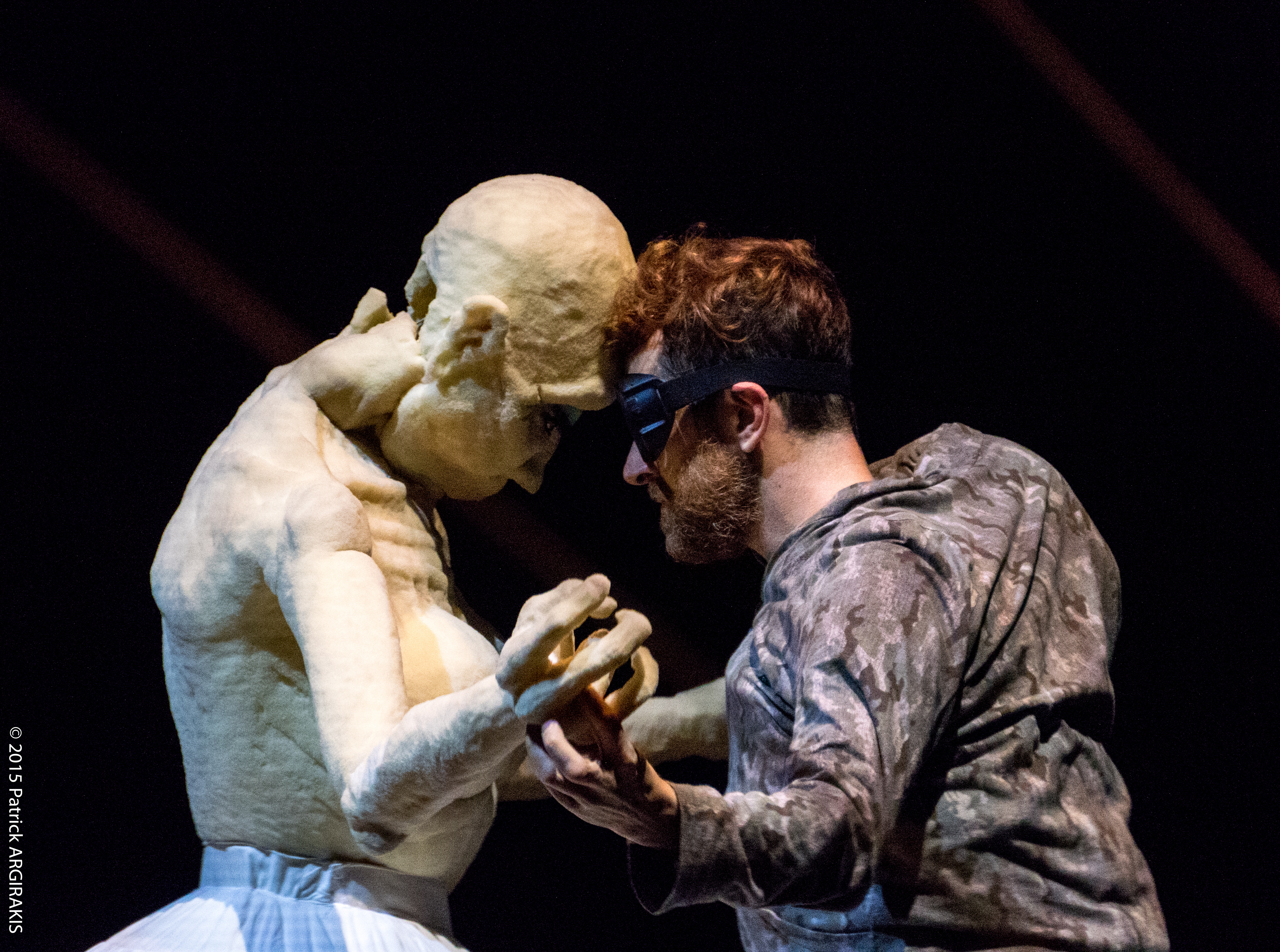 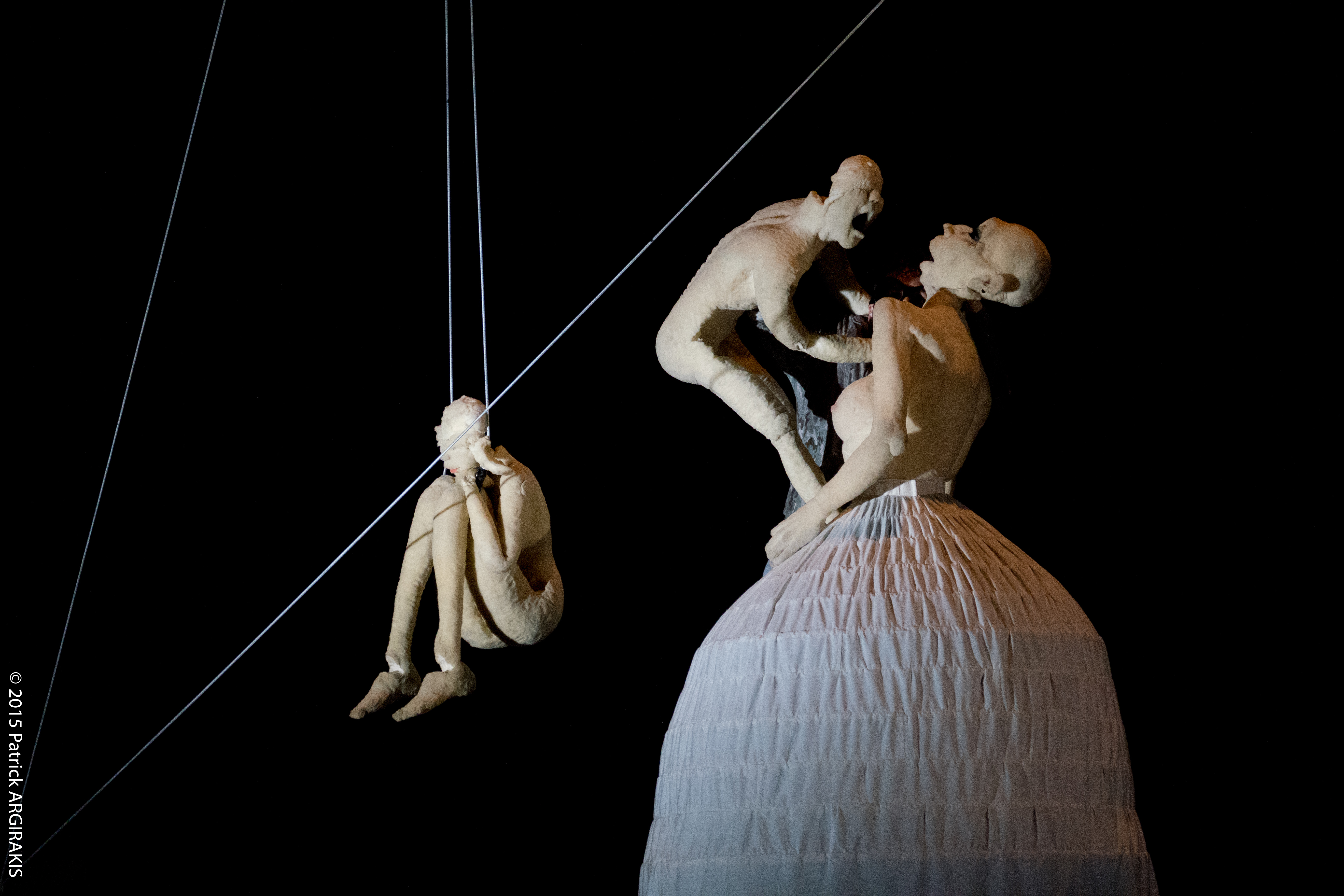 The performance finds the political through intimacy, woven into a rich theatrical tapestry of dance, puppetry, adaptations of Yoruba songs from a unique Afro-Brazilian subculture and driving forces of sound and light.

In this solo work, Duda Paiva draws from his childhood, during which he suffered an illness that blistered his body and left him temporarily blind. Light was a source of great pain during that time. He was comfortable only in the dark. His surreal path to healing involved both shamanic and western medicine. 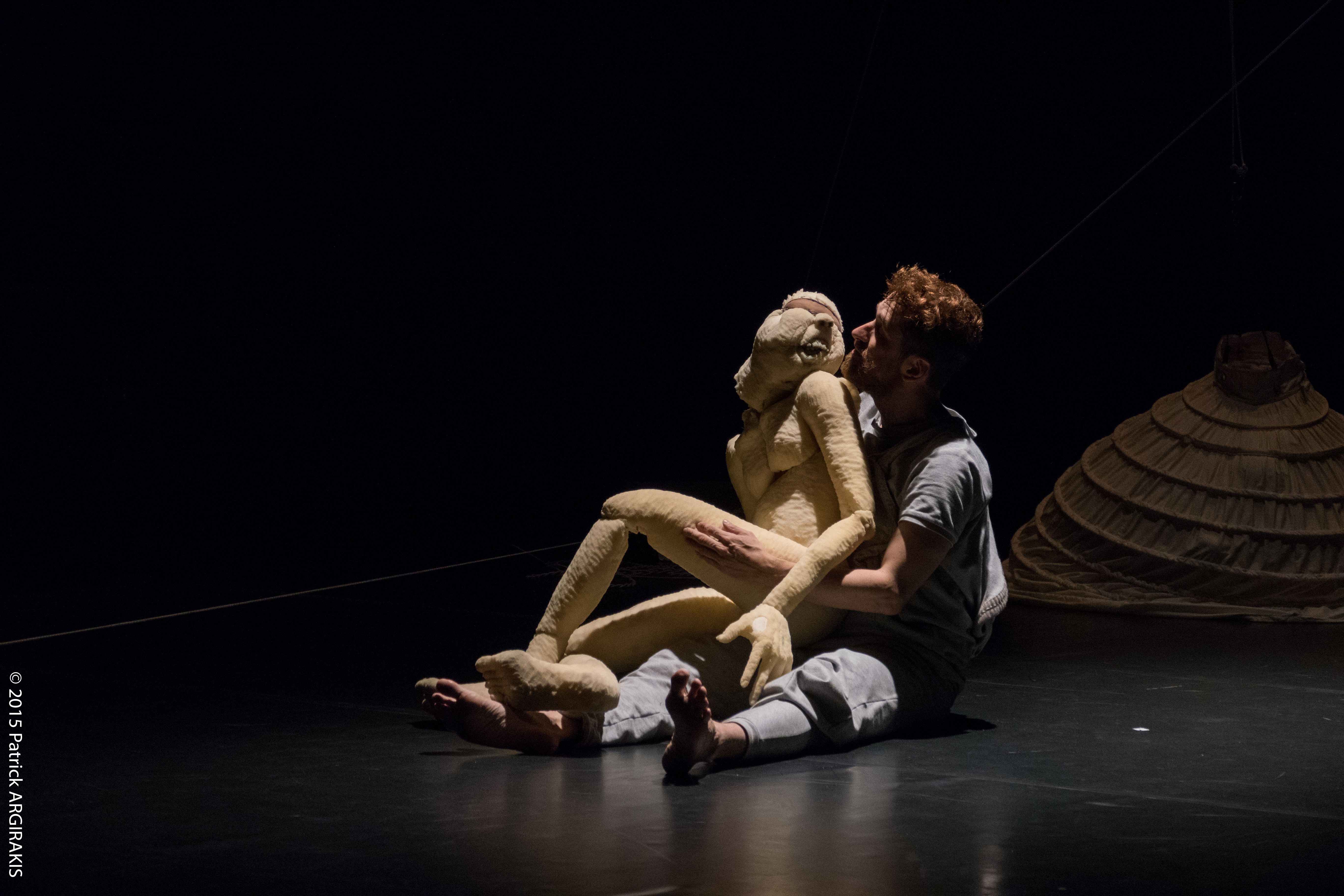 BLIND transforms this childhood experience into a metaphor about disability, rejection, and resolution. Four foam sculptures come to life in BLIND. Two of them represent periods of Duda’s life. The two puppets are blind, but apart from that they are opposite poles: one is violent, angry and bitter and the other is accepting, vulnerable and curious. Emotions that were leading in certain periods during the illness.

In BLIND the audience helps the performer shape the set. They are not just observing, but are breathing the story by interacting with the puppets and with the performer. It is both comic and unsettling. A duality that has been chosen for a reason. Theatre – especially puppetry – is at its most powerful when it provokes and unsettles the imagination, says director Nancy Black (Black Hole Theatre). 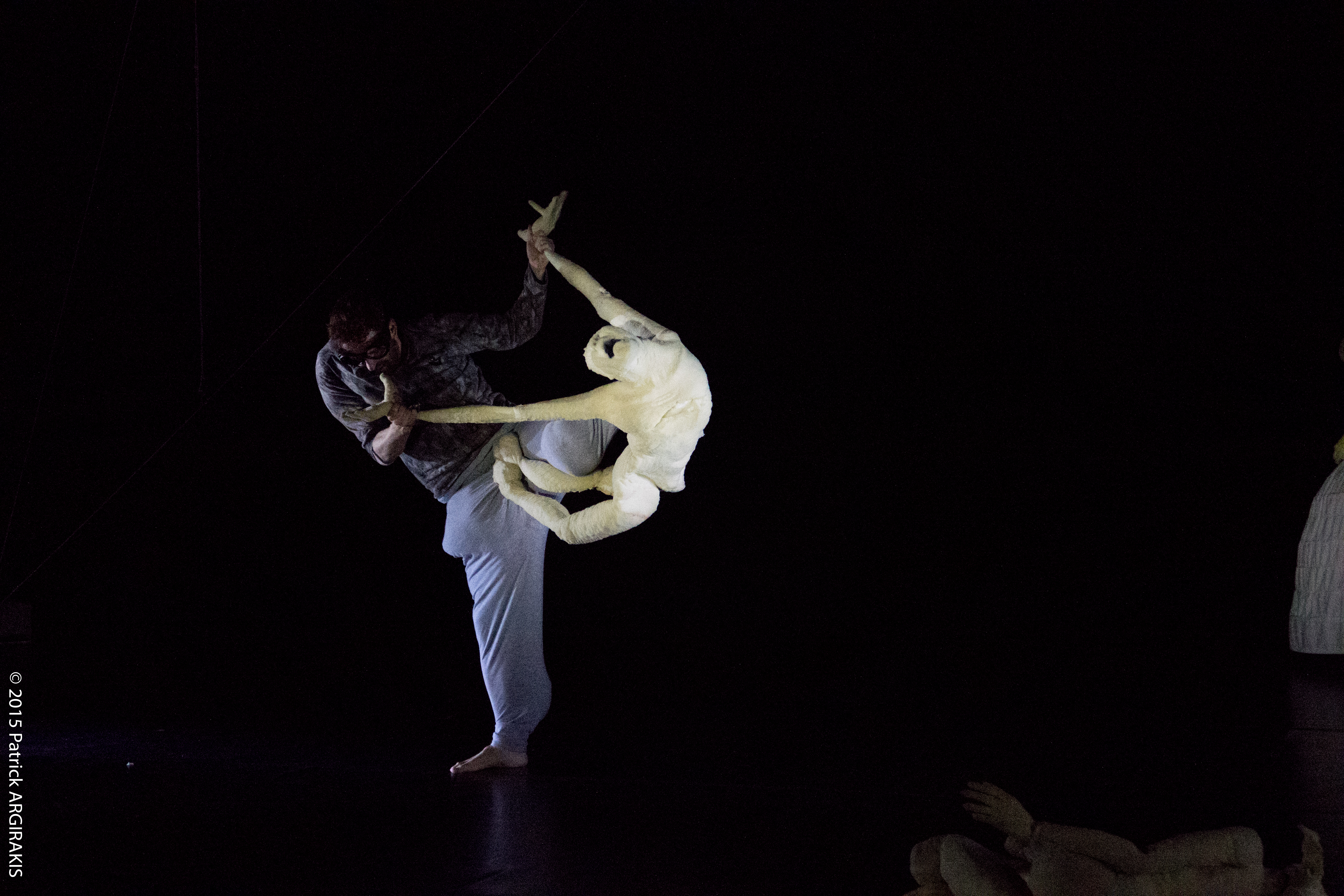 © All photography by Patrick Argirakis