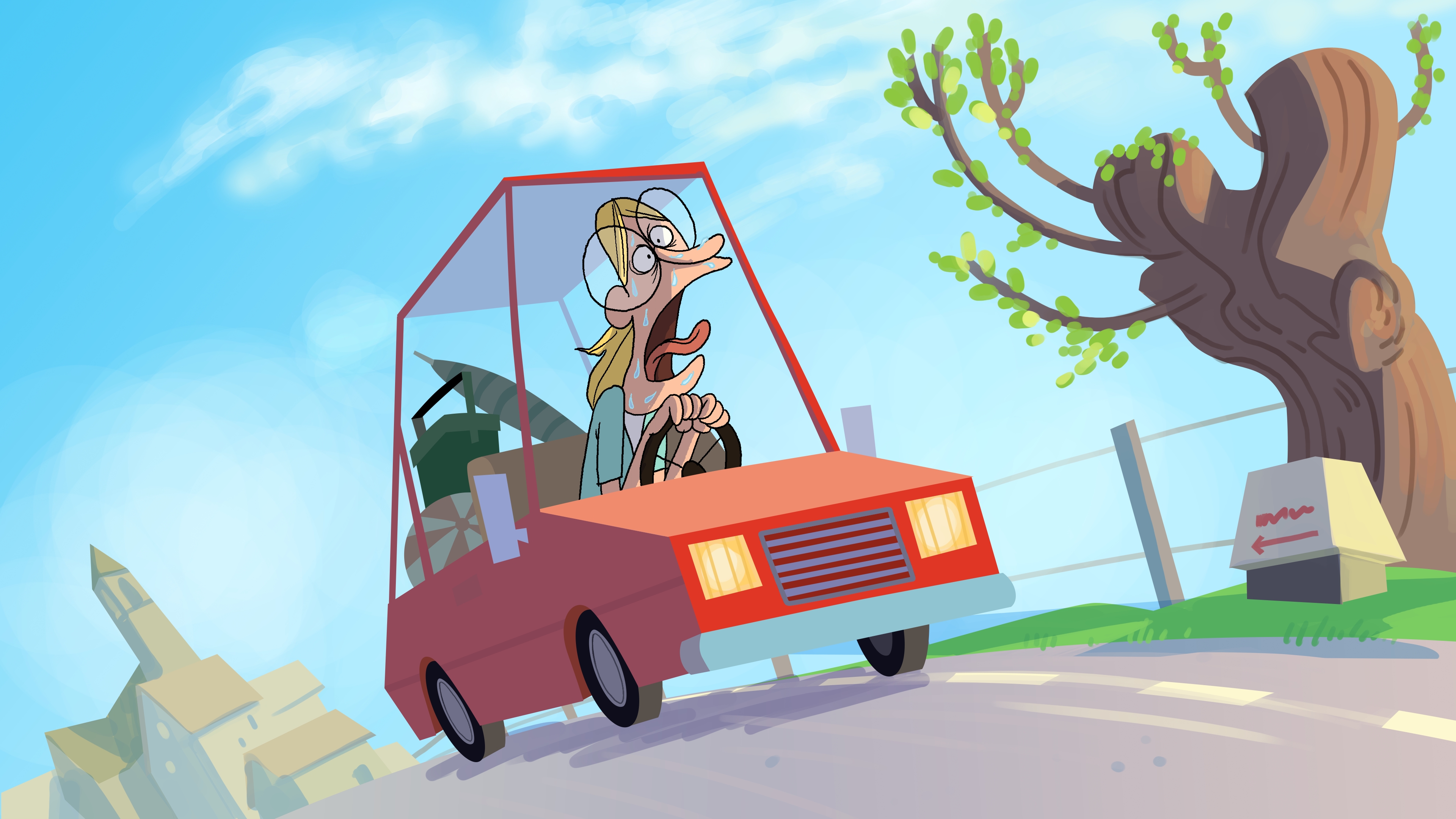 May 11, the Dutch animated film "Panic!" by Joost Lieuwma and Daan Velsink will screen at Animated Spirits 3 in New York

May 11 at 7PM, the Dutch animated film “Panic!” by Joost Lieuwma and Daan Velsink will screen at Animated Spirits Film Festival, at the Czech Center/Bohemian National Hall’s Cinema in New York. RSVP here.

“Panic!” is Joost Lieuwma’s newest project after his successful film ‘Leaving Home‘. Together with writer and director DaanVelsink he developed this comical short. A woman leaves home for a short holiday when she has a panic attack imagining all things that can go wrong in her home in her absence. Did she turn off the gas? Did she leave the water running? Is the window locked? In her mind her imaginary mistakes grow to absurd proportions.

The film is distributed by Illuster.

“Animated Spirits: European Animated Short Film Festival” returns for its third year, May 9-11, with the most exciting, recent animations from Europe presented by European National Cultural Institutes in New York City. The third edition brings the most interesting and groundbreaking works from over 15 European Union countries to illustrate the spirit of experimentation and creativity and to discover the boundaries of animation with unique visuals.

The selections will include highlights of the past year, fresh student films from leading animation schools in Europe and an expanded selection of Visegrad4 films curated by the Visegrad Animation Forum. The night will include a panel discussion with gurus of contemporary animation from both sides of the Atlantic. Emphasizing the new, the exciting and the unconventional, while finding the space to reflect on the continuing potential of the traditional techniques as well, Animated Spirits gives a carefully curated program, picking from the cream of European animation to bring to the NYC audiences. The festival will be complemented with panels, talks with the most exciting players of the field and with networking events to meet fellow animation enthusiasts and the experts participating the festival this year.

Curated by Anna Ida Orosz (HU) animation historian, lecturer at the Moholy-Nagy University of Art and Design and co-founder and curator of Primanima Short Film Festival, Budapest; and Holger Lang (AT) Vienna-based animation artist, filmmaker, producer, and teacher, often guest lecturer at various US universities and board member of ASIFA Austria.

The festival is FREE and open to the public. Seats are limited; on a first come, first serve basis. For more information and to reserve your seat, visit www.czechcenter.com.