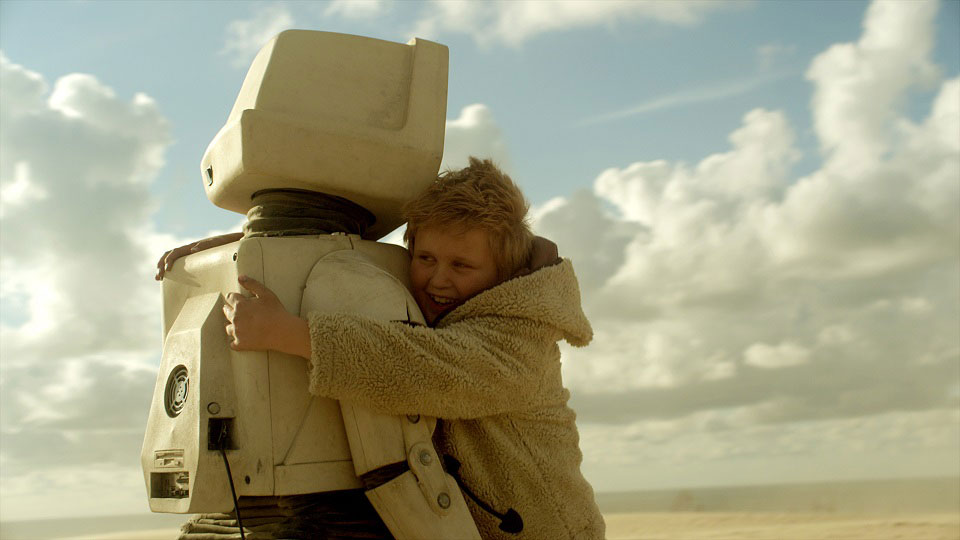 About Pim and Pom

Cats Pim and Pom are best friends who live together with “The Lady”. When the lady’s nieces, Tracey and Stacey, come to visit, they take the cats to the park for a picnic. However, the nieces want to keep the cats for themselves and come up with a secret plan to kidnap them. Pim and Pom manage to escape, but they get lost and end up trying to survive on the streets. There, they meet a group of alley cats who really put their friendship to the test. Will Pim and Pom be able to stay together and find their way home?

An 11 year-old boy has only one friend: his outdated house robot T.I.M. (“The Incredible Machine”). When the boy’s father decides to trade the robot in, the boy goes on an exotic journey in search of the elusive inventor who created him. A lovely coming-of-age story set in the not too distant future!

Tickets available online in advance here or in person at the box office on day of show.

Sunday, January 18, 1:30 PM at the West Newton Cinema T.I.M. (The Incredible Machine) Directed by Rolf van Eijk The Netherlands | 2014 | 82 min. | Dutch with English subtitles read aloud | US premiere Recommended for age 8-15 ($8). Tickets available online in advance here or in person at the box office on day of show.