Dutch Culture to be Showcased at Historic Huguenot Street, Featuring the Collection of George Way

Historic Huguenot Street (HHS) presents Living in Style: Selections from the George Way Collection of Dutch Fine and Decorative Art, October 1 through December 17, 2017. This special installation of a period room in the historic Jean Hasbrouck House celebrates the enduring impact of Dutch culture and the New Netherland Colony in the Hudson Valley. A special preview of the room will take place on Saturday, September 30 as part of HHS’s Fall Harvest Celebration.

Over a dozen American-made kasten from the HHS Permanent Collection and selected loans will be featured in the Jean Hasbrouck House and the Abraham Hasbrouck House, to complement the exhibition Living in Style: Selections from the George Way Collection of Dutch Fine and Decorative Art.

Featuring over 100 17th- and 18th-century Dutch items from the Netherlands — including 22 oil paintings, a rich diversity of interior furnishings, and decorative and utilitarian objects — the exhibition is installed in a period room in the historic Jean Hasbrouck House.

About The Jean Hasbrouck House

The Jean Hasbrouck House (ca. 1721), one of seven historic house museums part of Historic Huguenot Street’s ten-acre National Historic Landmark District, is an extraordinary example of traditional 18th-century Dutch architecture in the Hudson Valley. The house’s high-pitched gable roof spanning twice the depth of other stone houses from the period is thought to be one of a kind in the United States. The interior of the house features an original open hearth, jambless fireplace and reconstructed kruiskozijnen (crossbar windows), both typical of Dutch vernacular architecture.

Highlights of the period room to be installed at the Hasbrouck House include two elaborately carved side chairs based on the engraved designs of Daniel Marot, a French Huguenot architect and designer largely responsible for the interiors at William of Orange’s palace at Het Loo. Marot worked for William before and after the latter became co-regent of England, Ireland, and Scotland with his wife Mary II. The chairs feature serpentine stretchers, trumpet legs, and ball feet, all typical of the Dutch “Golden Age,” an unprecedented era of economic prosperity and high artistic achievement in the arts and sciences.

Other furniture in the period room include a tulip carved lift-top chest with the initials of its original owners and dated 1701, a graduated chest of drawers, various side chairs, a barley twist walnut stool, and a rare, carved rack designed to hold 14 pipes. The room will also feature a Dutch-made cupboard or kast, a furniture form that was popularly adapted in the Hudson Valley into the early 19th century. Examples of these American kasten (plural) will be featured in adjacent rooms of the Hasbrouck House to compare and contrast with the Dutch cupboard. Seventeenth-century Dutch portraits, still lifes, and genre scenes in oil will enhance the furnishings, along with Delft ceramics and other decorative pieces. Mr. Way’s collection of iron and brass utensils will be featured in one of the Hasbrouck House’s jambless fireplaces.

The exhibition will be accompanied by a full-color catalogue with essay by Ruth Piwonka. Piwonka has worked as a material culture historian for over 40 years. She is the author of A Portrait of Livingston Manor, 1886-1850 (1986); and co-author with Roderic H. Blackburn of Remembrance of Patria: Dutch Arts and Culture in Colonial America, 1606-1776 (1988); and A Visible Heritage, Columbia County, New York: A History of Art and Architecture (1996, 2000).  Piwonka has contributed to a number of other projects including New World Dutch Studies, Dutch Arts and Culture in Colonial America, 1609-1776 (1987) and Dutch New York Between East and West: the World of Margrieta Van Varick (2009).

George Way has been a collector of fine Dutch 16th- and 17th-century furniture, paintings, and decorative arts for over fifty years. He began his collection as a teenager; today, it is well-known as one of the finest collections of Dutch and English furniture, artifacts and fine arts in the country. As one of America’s leading experts in 17th century furniture, Mr. Way served as a consultant for Christies Auction House in NYC, making guest appearances on The Oprah Winfrey Show and The Today Show, among others. He was named one of the top 100 collectors in America by Art & Antiques Magazine for four consecutive years (1989–92).

Funding for the project has been provided by a grant from the Peggy N. and Roger G. Gerry Charitable Trust and a private donation. 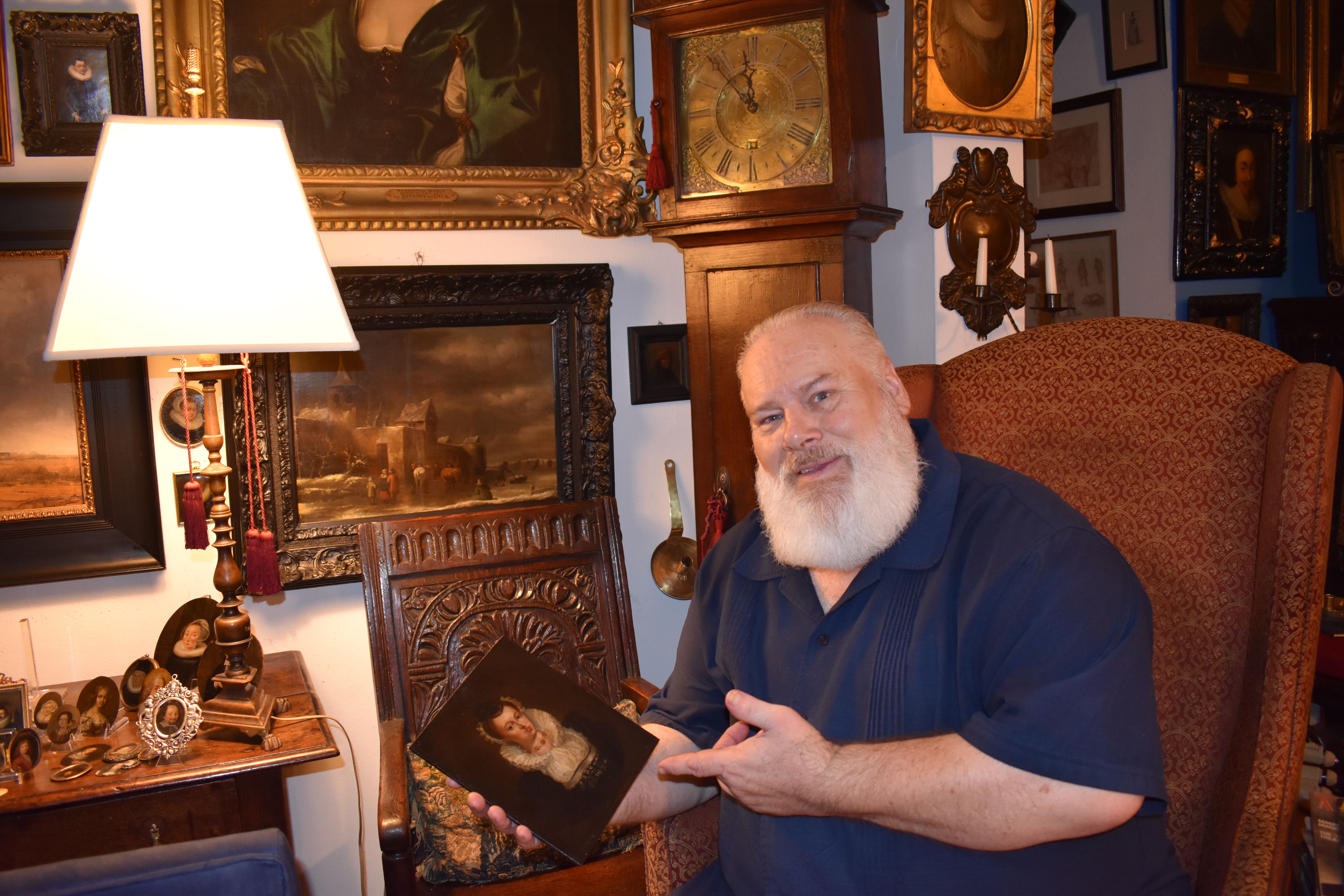