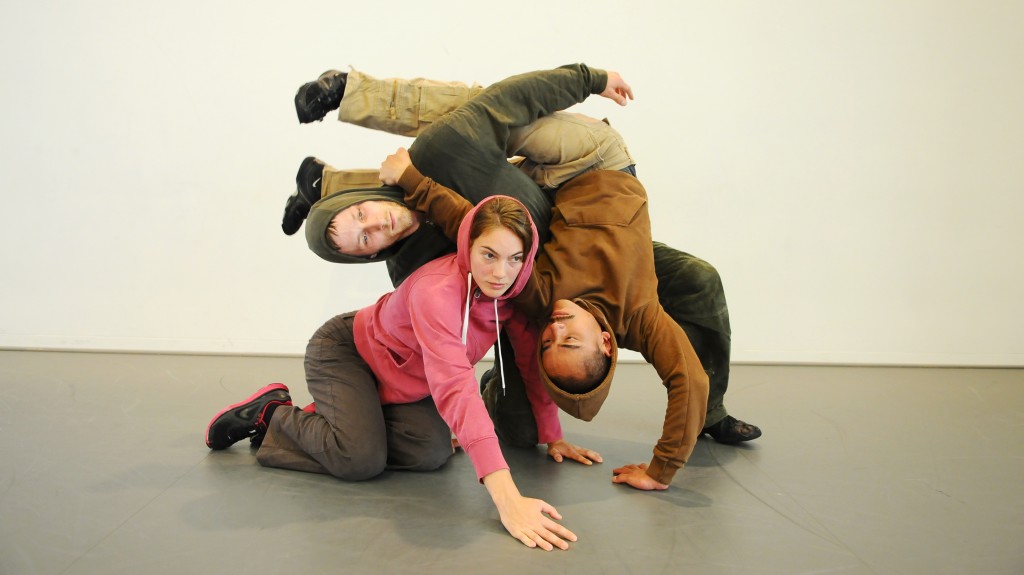 Two dazzling dance duets push the limits of physical possibilities and challenge the laws of gravity and will be performed on February 1&2 at the Philadelphia International Children's festival, PAPAYA. Both were created by Dutch choreographer, Erik Kaiel.

Two dazzling dance duets by Arch8 will push the limits of physical possibilities and challenge the laws of gravity on February 1&2 at the Philadelphia International Children’s festival, PAPAYA. Both were created by Dutch choreographer, Erik Kaiel. In ‘My True North’, the dancers display superhuman endurance as they build a roller-coaster of endless flow – twisting, turning, and climbing the walls – without ever losing contact. No Man is an Island is a balancing act like no other as one dancer climbs and shifts atop the other, all while never touching the ground. A jaw-dropping introduction to the world of dance!

After seeing this extraordinary double bill from The Netherlands, one critic recommends: “better not try this at home.”

Arch8 is the dance company of choreographer Erik Kaiel. Arch8 explores the relationship between the dancers and their surrounding space. Subway stations, sculpture gardens, empty swimming pools and abandoned department stores have been the site of their work.

Erik Kaiel has been a choreographer for 20 years. After a decade of working in New York, Erik moved to the Netherlands. In the last few years, in addition to touring extensively with arch8 productions, he has been making performances in public space with local dancers in Benin, Senegal, Egypt, Frankfurt, Utrecht, & the Hague.

PAPAYA is a new cultural organization committed to bringing performances of the highest artistic caliber to families in Philadelphia.  Hand-picked from across the globe specifically for young audiences, its shows will ignite children’s imaginations, open their eyes to the world around them and encourage them to fall in love with the excitement of live performance.