The exhibition “How Posters Work” shows nearly 125 works from Cooper Hewitt, Smithsonian Design Museum’s permanent collection including 15 works by 7 Dutch designers and Dutch design firms from May 8 through November 15

Featuring nearly 125 works from Cooper Hewitt, Smithsonian Design Museum’s permanent collection, the exhibition “How Posters Work” shows how dozens of different designers have mobilized principles of composition, perception and storytelling to convey ideas and construct experiences. The exhibition will include 15 works by seven Dutch designers and Dutch design firms. On view at Cooper Hewitt from May 8 through Nov. 15, 2015.

“A true visual feast, ‘How Posters Work’ features 14 principles of how designers look at the world,” said Caroline Baumann, director of the museum. “On view in Cooper Hewitt’s Design Process galleries and on the second floor where our permanent collections are displayed, this exhibition reveals the design techniques behind some of the most iconic and beloved posters in the museum’s collection, from the hard-edged designs of Ladislav Sutnar to the ever popular psychedelic posters of the 1960s, which epitomize sensory overload.”

Housed in the Drawings, Prints and Graphic Design Department, Cooper Hewitt’s collection of more than 4,000 posters ranges from avant-garde classics to contemporary pieces by today’s leading graphic designers in the U.S. and abroad. The poster has a long history and a range of social functions, from selling a product or promoting an event to arguing a point at a moment in history.

The exhibition will be organized into 14 subsections: focus the eye, overwhelm the eye, use text as image, overlap, cut and paste, assault the surface, simplify, tell a story, amplify, double the meaning, manipulate scale, activate the diagonal, make eye contact and make a system. For more information about the subsections click here. 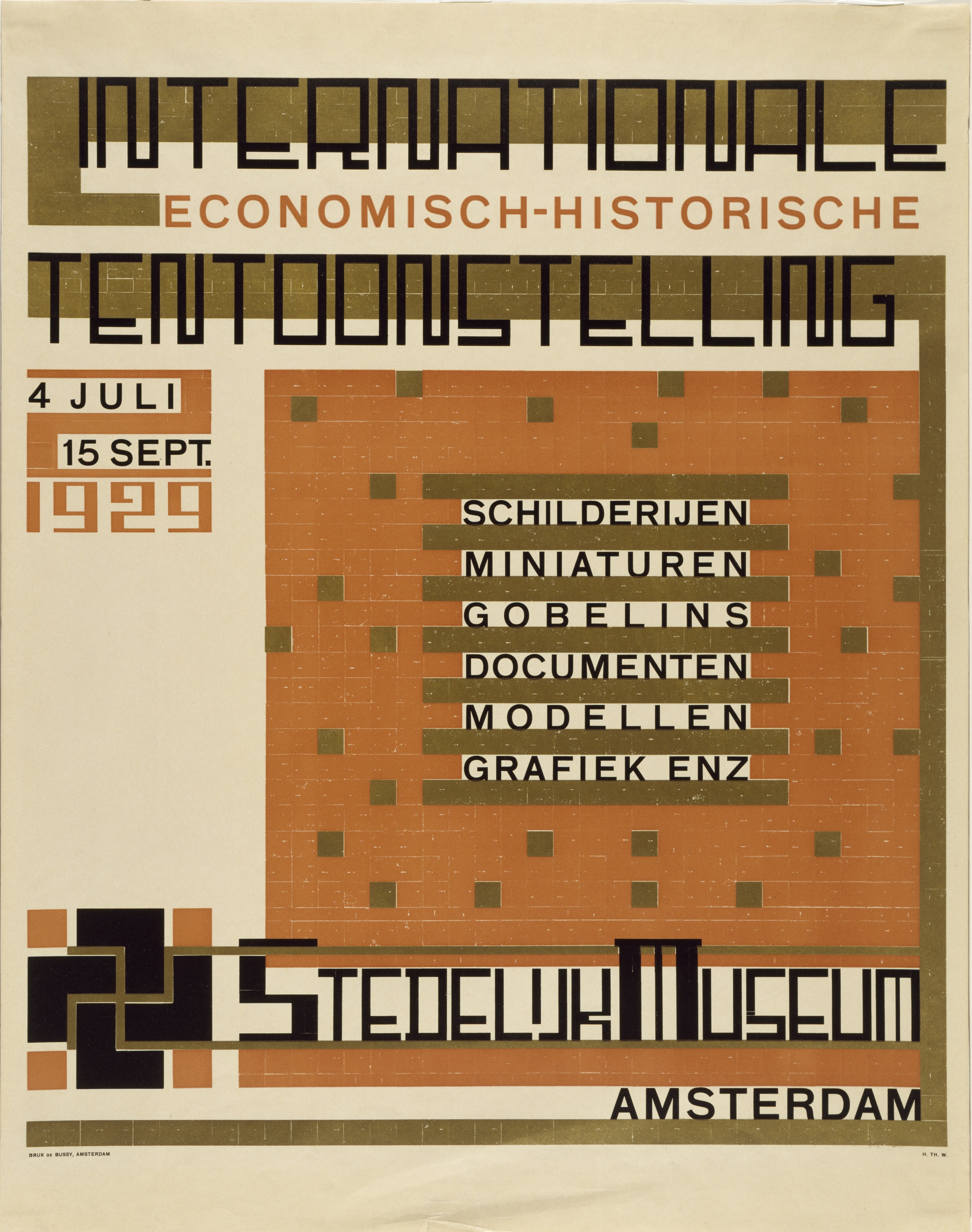 The exhibition will be accompanied by a 224-page catalog, published by Cooper Hewitt, which serves as a rich primer in visual thinking and demonstrates how some of the world’s most creative designers have mobilized design principles to produce powerful acts of visual communication.

Founded in 1897, Cooper Hewitt is the only museum in the United States devoted exclusively to historic and contemporary design. On Dec. 12, 2014, Cooper Hewitt opened in the renovated and restored Carnegie Mansion, which offers 60 percent more exhibition space to showcase one of the most diverse and comprehensive collections of design works in existence. Currently on view are 10 inaugural exhibitions and installations featuring more than 700 objects throughout four floors of the mansion, many of which draw from the museum’s permanent collection of more than 210,000 objects that span 30 centuries. For the first time in the museum’s history, the entire second floor is dedicated to showcasing the permanent collection through a variety of exhibitions. Visitors can experience a full range of new interactive capabilities, including the opportunity to explore the collection digitally on ultra-high-definition touch-screen tables, draw their own designs in the Immersion Room and solve real-world design problems in the Process Lab

On May 9 two exciting programs introduce the How Posters Work exhibition! Dutch designers Rianne Petter and René Put will talk about their own experimental dissection of design language, Poster No. 524: Exploring the Contemporary Poster and visit a lively panel discussion about understanding posters. 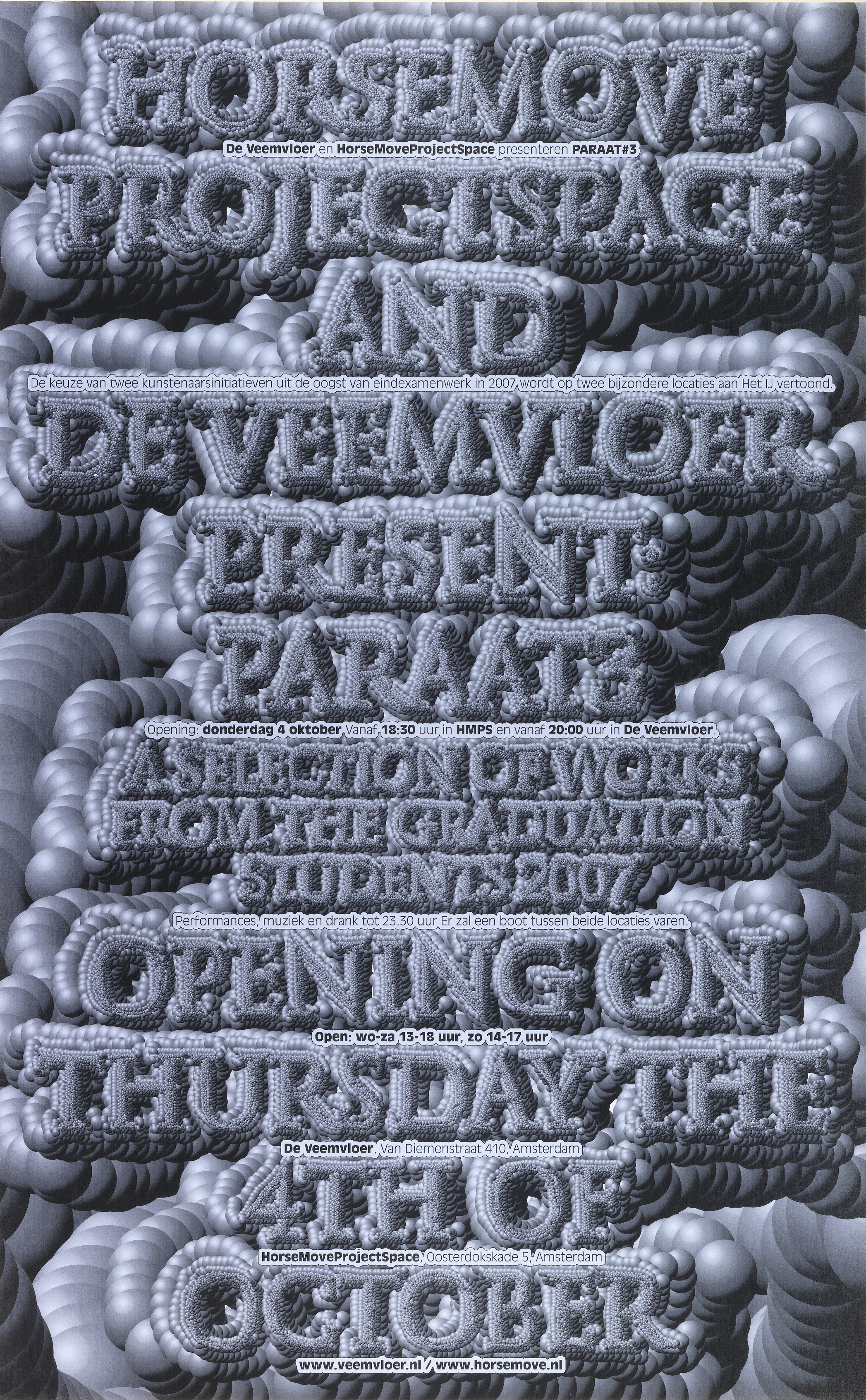 A pioneer of modern typography, designer Piet Zwart was influenced by Constructivism and De Stijl. His influence shows in his work and in this quote: …to make beautiful creations for the sake of their aesthetic value will have no social significance tomorrow… . Zwart worked as a designer, typographer, photographer and industrial designer in the Netherlands in the 1920s and 30s. Primarily working for the NKF Company, he created many works of graphic design before retiring from the company to spend the rest of his days as an interior and furniture designer. His excellent use of color, typography, composition and photography are reminiscent of the Bauhaus and his influence on the future generations of graphic designers lives on through the Piet Zwart Institute at the William de Kooning Academy.

Wim Crouwel, born in Groningen (the Netherlands) in 1928 is a remarkable and inspiring figure with an inventive spirit and vision, vigorous and always distinguished.
He designed his first poster in 1952. After leaving artschool he became a painter leaning towards Expressionism, but as he designed this first poster he discovered the pleasure of organising visual information in an aesthetical context
The contrast between Crouwel as a lyrical expressionist painter and objectivating functionalist designer couldn’t be more extreme. As a designer he felt related to the Bauhaus ideas, the swiss-inspired international style. He was fascinated by the rational aspect in Bauhaus typography, which he discovered through Karl Gerstner’s and Gerard Ifert’s work.
Although his ideas were bauhaus-related, unlike many Crouwel was not a dogmatist. He was fascinated by the ideas about serial and mass production, as he stated “we need the machine since we have no time”. But he also believed “the machine cannot replace the precision of the human eye and human feeling”.* Crouwel’s work has always consisted of these two essential elements: the emotional aspect and the rational one

Experimental Jetset is a small, independent, Amsterdam-based graphic design studio, founded in 1997 by (and still consisting of) Marieke Stolk, Erwin Brinkers and Danny van den Dungen. Focusing on printed matter and site-specific installations, and describing their methodology as “turning language into objects”, Experimental Jetset have worked on projects for a wide variety of institutes. Their work has been featured in group exhibitions such as ‘Graphic Design: Now in Production’ (Walker Art Center, 2011) and ‘Ecstatic Alphabets / Heaps of Language’ (MoMA, 2012). Solo exhibitions include ‘Kelly 1:1’ (Casco Projects, Utrecht, 2002) and ‘Two or Three Things I Know About Provo’ (W139, Amsterdam, 2011). In 2007, a large selection of work by Experimental Jetset was acquired by the Museum of Modern Art in New York, for inclusion in the MoMA’s permanent collection.
Members of Experimental Jetset have been teaching at the Gerrit Rietveld Academie (2000–2014), and are currently teaching at Werkplaats Typografie (2013–now).

Mieke Gerritzen (1962), designer, producer, director, was born in Amsterdam. She graduated at the Gerrit Rietveld Academy in 1987. In the early nineties Gerritzen was one of the first designers involved in the development of digital media in the Netherlands. Gerritzen is currently director of MOTI, Museum of the Image. Mieke Gerritzen creates networks with many different designers, writers and artists. In 2001 she started the All Media Foundation for the organization and production of movies, publications and events like “The International Browserday” in New York, Berlin and Amsterdam and “The Biggest Visual Power Shows in Amsterdam and Los Angeles.” Gerritzen was head of the design department Sandberg Institute from 2002 – 2009, the master course connected to Gerrit Rietveld Academy in Amsterdam. Mieke Gerritzen received many prizes and gives lectures and presentations worldwide.

Michiel Schuurman is a Dutch graphic- and textile designer.
Schuurman’s personal work specializes in typography and poster design which often boasts a rather maximalistic approach. His practice of combining bright colors, warped glyphs, harsh perspectives, and acidic patterns creates some awfully intriguing eye-candy, which he often screen prints himself.
Michiel is a print designer for Vlisco since january 2012.

Anton van Dalen was born in Amstelveen, Holland and lives in New York City. He has been included in group exhibitions at notable institutions including the: Whitney Museum of American Art, New York; New Museum, New York; Contemporary Art Center, Cincinnati, and the New York Historical Society. He has also been the subject of solo exhibitions at: Temple Gallery, Tyler School of Art, Temple University, Philadelphia; University Gallery, University of Massachusetts, Amherst; and Exit Art, New York. Avenue A Cut-Out Theatre has toured since 1995 both nationally and internationally, and has been shown at numerous institutions including The Drawing Center, the Museum of Modern Art, and The New York Historical Society.