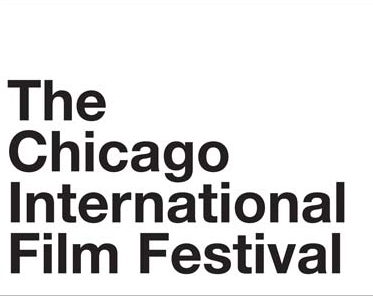 From October 12 to October 26 six Dutch films will be screened at the Chicago International Film Festival.

From October 12 to October 26 “Disappearance”, “I Was Only 14”, “November”, “Oblivion Verses”. “Tulpani: Love, Honour, and a Bicycle”, and “Younger Days” will be screened at the Chicago International Film Festival.

The Chicago International Film Festival was started in 1964 by filmmaker and graphic artist Michael Kutza to provide an alternative to the commercial Hollywood movies that dominated the city’s theaters. Seeking out the best in international cinema, the Festival has opened windows to a world of film previously or otherwise unavailable in Chicago.  In addition, at more than half of the screenings each year, filmgoers have the rare and exciting chance to meet directors, producers, writers and cast members who introduce their films and hold discussion sessions after the screenings.

Cinema/Chicago, the presenting organization of the Chicago International Film Festival, is a year-round non-profit cultural and educational organization dedicated to fostering better communication between people of diverse cultures through the art of film and the moving image. We serve Chicago’s diverse and under-served citizenry by providing access to world-class cinema. We aim to enrich Chicago’s cultural environment by presenting film in contexts that encourage discussion and debate.

Through the Film Festival, our Education Program, and our year-round programming and membership program, we enhance the cultural assets of the city of Chicago by exhibiting film from around the world. We also strive to promote a deeper understanding of a diverse body of cultures, thus contributing to Chicago’s identity and orientation as an international city.

Photojournalist Roos travels from her home in The Netherlands to visit her long-estranged mother in the frosty Norwegian countryside. Relations between the two women are as icy as the surrounding landscape. But with the help of her half-brother and a former flame, Roos is determined to reconnect with her mother. The exquisite cinematography captures the hibernal Norwegian woods lending an ethereal ambiance to this melancholic but hopeful tale about the possibilities of reconciliation and redemption.

This film is part of the Shorts 4 – It’s All True: Documentaries program. A woman recounts a terrible memory that took place when she was a teenager. Her testimony is juxtaposed with portraits of 14-year old girls, creating a tapestry of adolescence in the face of horrifying reality.

In this fractured fairy tale, paganism and Christianity clash in a dark-age Estonian village as farmers and peasants trade souls for favors to stave off the Plague. Amid the double-crossing chaos, farm-girl werewolf Liina crushes on a boy who doesn’t even know she exists and uses her witchcraft to woo him. Adapted from an Estonian best-seller, the film is an effortlessly entertaining marriage of black comedy and black magic.

When the elderly caretaker of a remote morgue discovers the body of a young woman killed during a protest, he embarks on a magical odyssey to give her a proper burial before the militia returns. Full of contemplative wit and soft-hearted humor, Alireza Khatami’s feature debut, blends the political and the personal in a magical-realist tale about one man’s quest to right the wrongs of humanity.

“Tulipani: Love, Honour and a Bicycle”

After losing his farm in the floods of 1953, Dutchman Gauke sets out on his bicycle with a basketful of tulip bulbs and lands in small-town Puglia where he puts down roots. His newfound Italian paradise, complete when the love of his life arrives with a baby in tow, is spoiled by local racketeers, who threaten the harmony of the tight-knit community. Academy Award-winner Mike van Diem (Character) returns to the Festival with this fantastical, larger-than-life tale of adventure and romance, cruelty and heartbreak.

In this contemporary Dutch update of The Big Chill, a group of former bandmates gathers at an old country house to celebrate the legacy of their recently deceased front man. Complicated love triangles and sardonic pranks abound as they reckon with themselves, each other, and their ever-present rock ’n’ roll rebelliousness. Played to perfection by an accomplished ensemble cast, Younger Days examines this damaged collection of endearing misfits as they come to grips with their chaotic past.